My marathon training tale of woe: Prepping for Sunday's race in Los Angeles

Myth or no, marathon running has an awesome back-story. It’s an inspiring tale of victory, with Greek soldier Pheidippides allegedly dropping dead after allegedly running 26.2 miles to Athens to tell of non-allegedly kicking Persian butt at Marathon in 490 BC. Or something. 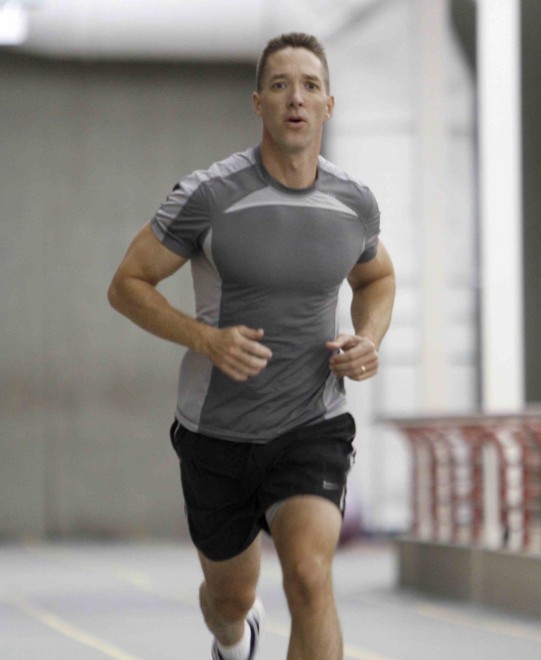 Marathon running has an awesome back-story (it doesn’t matter if it’s simply a myth). The story follows an inspiring tale of victory with Greek soldier Pheidippides allegedly dropping dead after allegedly running 26.2 miles to Athens to tell of kicking Persian butt at Marathon in 490 BC. Or something.

Marathons entered the modern age at the 1896 Olympiad. 116 years later I’m hoping to enter that group of people who have run a marathon. Everyone wants their first time to be special, so I will travel to a far off land. I’m running the Honda LA Marathon on March 18.

Los Angeles’ inspiration for the event came from the 1984 Summer Olympics, with the first race held in 1986. Over 10,000 runners participated, making it the largest ever for a first-time marathon on U.S. soil. That’s LA for you: Fitness Mecca.

It’s dubbed the “Stadium to the Sea” marathon because it leaves Dodger’s Stadium and ends near the Santa Monica Pier. Race director Nick Curl described the route as, “The greatest tour of LA you can hope for; you go past a lot of iconic landmarks.” These landmarks include Chinatown, City Hall, the Walk of Fame, Sunset Strip, Rodeo Drive and eventually down to Ocean Avenue and the finish line.

I watch TV. I’ve heard of those places.

I’d never run further than 10 miles, but dreamt of a sub-four hour time. I hear this is good for a middle-aged guy built more like “Batman” Christian Bale than “Machinist” Bale.

On the winter solstice I ran my first half marathon in 1:41:37 and was neither tired nor sore afterwards. “They” say to double your best – in my case only – half marathon time and add 10 minutes. By that calculation I could expect a 3:33 finish.

I felt invincible after that run, and by invincible I mean stupid. I drank my own Kool-Aid. Read my own press releases. Pulled a George Lucas.

Jan 8: 16 miles sustaining an 8-minute/mile pace. At marathon distance that’s a 3:30 finish. My thighs felt like they’d been on the receiving end of batting practice, but I still had that invincible/stupid feeling.

Jan 22: Another 16 miles again at an 8-minute/mile pace, but I now believe my Stone Age ancestors must have lived in proximity to their mammoth supply. They just didn’t seem physiologically capable of going any further.

Jan 30: Houston, we have a problem. Houston replies, “Yes, we know. You didn’t respect the marathon. Now you must pay.” It wasn’t the distance that had done me in; it was the speed, which generates a much higher impact on the body. I was too ambitious in terms of the time I was going for, and speed kills.

March 1: I can run! I can’t go far. And it hurts. And March 18 looms. And a lacklustre race performance is certain. But I can run!

March 6: A glacially-paced half in 1:59:44. I could have gone faster, but I also could have transformed my body into a bag of pain. Since then I’ve done some shorter runs and bike rides, but am taking four full days of rest to let my body heal up some more.

Come race day I’m going to play it smarter than I did in training and just focus on finishing. Wish me luck.