My hijab is giving me a headache

Headaches caused by wearing a hijab is a phenomenon is well-known among wearers, less so among physicians. 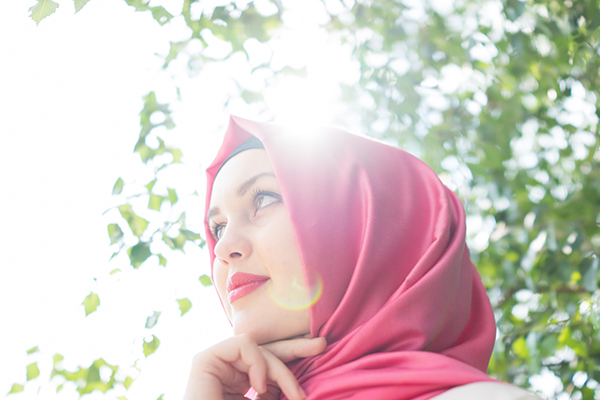 Two doctors are aiming to raise awareness of something that’s a popular discussion topic in online forums, but until now has never been reported in the medical literature: The hijab, the headscarf worn by some Muslim women, can give the wearer a headache.

In the journal Headache (March), Dr. Huma Ansari, a senior internal medicine resident at Wright State University in Dayton, Ohio, along with department head Dr. Glen Solomon, noted that a web search reveals numerous blog posts reporting “hijab headache,” but they believed theirs was the first published paper on the topic.

They described the cases of five women who reported bilateral headache either prompted by or worsened by donning the hijab. Four women had never experienced headaches prior to wearing the hijab and one reported increased frequency and severity of “tension-type” headaches. Three described mild or moderate bilateral throbbing localized at the vertex or parietal areas, and one described throbbing involving the entire head. Symptoms started within 30 minutes to four hours.

One woman reported rarely wearing the hijab on Saturdays when she mostly remains at home, and stated, “Saturdays are my headache-free day.”

Three women said they occasionally change the position of the headscarf pin or wear a different fabric to alleviate symptoms. All five reported complete resolution of their headache within an hour of removing the garment.

Noting that two of the five women wore their hair in a bun or ponytail under the headscarf, the researchers pointed out that an earlier study (Headache, June 2004) described the phenomenon of “ponytail headache,” which was preventable by loosening the ponytail.

“A possible explanation for the etiology of hijab headache may be similar to that of ponytail headache, purely extracranial in nature, associated with the relation of the headscarf to extracranial tissues and friction against the hair,” Dr. Ansari and Dr. Solomon wrote.

“The importance of recognizing hijab as a common extracranial etiology of headache may prevent unnecessary workup into intracranial causes and (promote) strategies to improve symptoms by adjusting the style of hijab while adhering to moral conviction,” they concluded.