Making a decision about breast reconstruction after masectomy

As you are probably aware, there have been great strides made when it comes to breast-cancer awareness. I joked the other day that perhaps we should consider an awareness day to raise awareness for over-awareness. 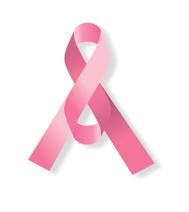 As you are probably aware, there have been great strides made when it comes to breast-cancer awareness. I joked the other day that perhaps we should consider an awareness day to raise awareness for over-awareness.

Last October, during Breast Cancer Awareness Month, I was in that not-so-sweet spot between diagnosis and waiting for surgery — believe me, I was aware.

I was aware of every pink city bus. Aware of all the football players wearing pink towels and spikes on Sundays, and aware of a variety of pinked-up products at the grocery store, pharmacy and even the hardware store — a pink retract-a-bit screwdriver, anyone?

This year, I view the pinkness of awareness month with much less anxiety. I see it much more for the comfort, support and purpose for which it’s intended. So if general breast cancer awareness has more or less reached the mountaintop of ubiquity, then breast reconstruction, in particular, might be one of the last frontiers of awareness left to be conquered.

Officially, October 19 was Breast Reconstruction Awareness Day in Canada. According to Canadian statistics, only 13 to 15 percent of women in this country undergo breast reconstruction following mastectomy.

Those numbers seem low to me, but I understand the reasons why.  It’s an individual choice, to be sure — subject to both the availability of reconstructive options and the circumstances the women find themselves in.

Availability is a real concern in some areas of the country, with many regions having the surgical oncologists to perform mastectomies, but not the plastic surgeons on staff to offer reconstructive options.

When availability isn’t in question, many women still skip reconstruction simply due to a combination of exhaustion and apathy. Often times, there’s been surgery, chemotherapy, radiation, and more before reconstruction can even be considered.  Such treatments take a long time and even more energy — for those lucky enough to finally clear the decks, reconstruction often becomes that last step that they can really do without. They say “to heck with it”  — to spending more time in doctor’s offices, to more surgery, to more pain.

For me, availability was never a problem. I have the good fortune of living in London, a region with an exceptional breast-cancer infrastructure, complete with several highly-regarded reconstructive surgeons and wonderfully helpful clinical coordinators who liaise between oncology and plastics to help patients navigate the system.

However, I was pretty firmly in the “to heck with it” category after my first attempt at reconstruction was unsuccessful.

As I mentioned in a previous blog, I initially underwent a TRAM flap reconstruction at the time of my bilateral mastectomies, that used my own tissue (harvested from my abdomen) to remake my breasts. Think of it as the female anatomy version of “robbing Peter to pay Paul.” Only, in my case due to strange complications and the ultimate failure of the procedure, it was more like I robbed Peter and paid Paul with a bad cheque. The cheque bounced, then both Peter and Paul chased me down the street and beat the crap out of me. Or at least that’s what it felt like.

As I recovered, my friends would ask if I was going to try again. With implants now my only option (since you only get one shot at tissue reconstruction), I rolled it around in my mind. I don’t really need breasts, do I? Why does it matter? Is it just vanity? Maybe I should just take a hint that it’s not meant to be? Will people think I’m stupid to put myself through another surgery?

But as I started to feel better and stronger, the thought of more surgery seemed a little less distasteful. A little. I discussed it with my doctor and he said, frankly, that there was no physical reason not to give it a shot, but he would totally understand if I had other reasons for cutting my losses. The choice was mine.

I thought back to those days when such things were a theoretical discussion. I’m not sure why, but I distinctly remember sitting around years ago with a group of girls talking about the decisions we’d make if we were ever faced with breast cancer. To some, the thought of mastectomy was just about the worst thing they could imagine. Others were much more pragmatic — if it’s causing you problems get rid of it. Not worth the risk.

I belonged in the latter camp. “Cut it off. End the risk. End of story. Just a boob, right?” When the discussion was no longer hypothetical, I practiced what I preached and didn’t hesitate when making that choice.

The funny thing is that I don’t remember those earlier conversations with the girls touching on whether we’d go to the wall to put them back again afterward. Believe me, I never would’ve assumed that I’d go to such lengths and I still can’t articulate why it even matters to me at all. But it does.

My surgery is set for December. It’s time to square things up with Peter and Paul.