'Magic Mike': Five reasons you should take your man to see it 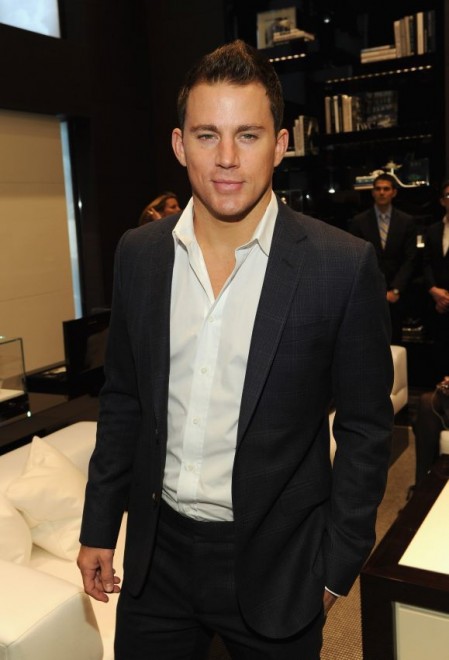 Perhaps you’ve heard of Magic Mike, this new movie about male strippers. Perhaps you’ve talked about it with your friends and perhaps the man in your life has overheard you and scoffed. But perhaps what he would really like is for you to “drag” him to see it with you.

Yeah, that’s the case…he secretly wants to see Magic Mike, but is too embarrassed to tell you. And when you’ve convinced yourself that this is the case, here’s why you should take him:

1. Because it will motivate him to look like that
The guys in this movie (Channing Tatum, Matthew McConaughey, Joe Manganiello) are totally ripped. Every man should look like that, or at least they’ll want to after this movie. Sure, he’ll have to cut back on work and family time to exercise endlessly to carve his body into such Adonis-like form, but it’ll be worth it right? I can guarantee you that as soon as he sees those shirtless sex machines he’s going to want to be one too and start hitting the gym hard the next day. He’ll be a whole new man.

2. Because it will get him into “manscaping”
Chest hair is just so…Neanderthal. So post-movie when he goes home to shave his chest hair (which will feel nothing like sandpaper when it starts growing back) it will provide a great way to reveal that chiseled six pack that he’s going to be working on night and day (there will definitely be no ingrown hairs that turn into zits either).

3. Because it will get him into his diet
Looking like a male stripper is about far more than just exercise. He’ll be inspired to have to start paying attention to what he eats after seeing these guys grabbed at by fanatical women. Sure, it will seem like he’s developed an obsession with his eating habits, and he’ll never want to go out anywhere for fear of consuming too many calories and gaining a few ounces of fat, but still…six-pack abs, right?

4. Because all men love Matthew McConaughey
He’s like, totally one of our favourite actors. Matt’s roles in movies like Ghosts of Girlfriends Past, Surfer Dude, How to Lose a Guy in Ten Days, and The Wedding Planner have established him as the guy we men all wish we were most like.

5. Because he’ll totally owe you a favour for taking him
He’ll love the movie so much it will make him want to clean the house top to bottom to show his appreciation. There’s no way he’ll go out golfing or drinking with his buddies anytime soon. Mucho foot massages coming your way for taking him to such an inspiring movie.