Empowered patient: Lyme disease is hard to diagnose and can result in serious complications — and it’s on the rise in Canada. Here’s what you need to know to protect yourself 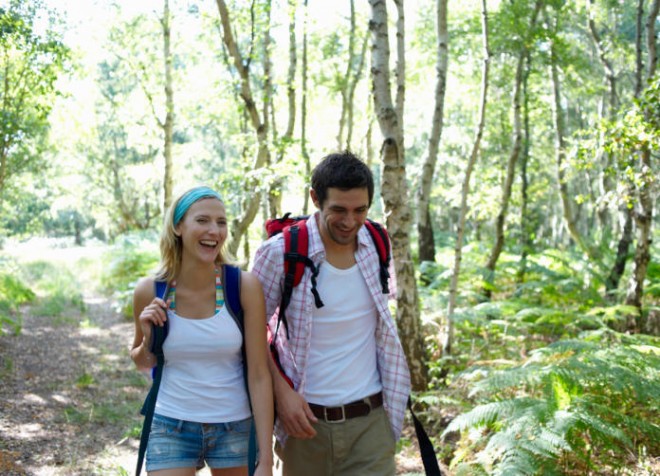 In April 2009, Kate Thiel was on a boat bound for an Italian island when she noticed a tiny bug on her arm. She and her husband were touring Europe on their honeymoon and she assumed it was a flea she’d picked up on the boat. “I didn’t think anything of it,” she says. “I just brushed it off and went on.”

After a week, Kate developed motion sickness that didn’t disappear even after she returned home to Edmonton. Then one morning, she woke up with a pain in her neck that was so excruciating, she could barely move. A quick trip to emergency led to an aseptic-meningitis diagnosis. She was sent home with painkillers, comforted by assurances she’d feel better in five to 10 days. But 10 days later, Kate felt worse.

Not only was her neck stiff , her abdomen and knees hurt too. The new symptoms prompted several return trips to the hospital. In August, she found out that she was pregnant. “So I just figured I was having a really bad pregnancy,” she says. “I was only six weeks in, but my back had started locking up and I could barely move. Eventually, my low-back and hip pain became almost immobilizing, so that I was unable to get out of a chair without help.”

Her son’s birth brought no relief. Kate developed rashes, blisters on her fingers and swollen feet . She had tunnel vision and headaches. Despite visits to two family doctors, two gynecologists, one urologist and one rheumatologist, no one could tell her what was wrong. She was diagnosed with everything from a bladder infection to eczema, and was tested for autoimmune disorders, lupus, cancer and fibromyalgia .

“There were times when I’d just go to bed crying, saying, ‘I give up,’” Kate says. “My husband would tell me, ‘You don’t get to give up. We need you. I know you’re tired, but we have to keep fighting.’” The once active 23-year-old now relied on her husband, family and friends to take care of her baby. Kate waited endlessly to see specialists and lost count of her trips to the emergency room. Then one day she plugged the words “complications of aseptic meningitis” into an internet search engine. The first result was two words: Lyme disease.

The rising numbers
What Kate hadn’t realized was that the bug she’d brushed from her arm in Italy wasn’t just any old insect; it was a nymph tick carrying the Borrelia burgdorferi bacterium that causes Lyme disease. The disease spreads when an infected tick burrows into the skin and starts sucking blood, passing the bacterium from its gut into its host. (Although they’re often associated with deer, the ticks can also be found on birds and other animals, including dogs.)

The first recorded cases of the disease date back to Europe in the 1880s, but it didn’t get its name until the early 1970s, when a group of children and adults in Lyme, Connecticut, suddenly developed arthritis-like symptoms: muscle and joint pain and stiffness, swelling and unusual redness — things Kate had become all too familiar with. If untreated, the disease can lead to serious disorders of the central nervous system, skin rashes, arthritis, heart palpitations and even, in the most extreme cases, death.

A few years ago, most medical experts believed if you contracted Lyme disease, it was because you’d travelled to the U.S. or Europe, as Kate did. But Lindsay Thompson* got the disease after being bitten by a tick while on vacation on Vancouver Island in 2004. “We were hiking and didn’t even realize there were ticks in the area,” says Lindsay. “We were going off into the bush, sliding down the banks near the stream — there were no signs telling us to stay on the trails.”

The number of places with ticks carrying Lyme disease is on the rise in Canada, explains Nicholas Ogden, director of the zoonotics division at the Public Health Agency of Canada. “There are what we call ‘Lyme-endemic areas’ where there are breeding populations of ticks, and those ticks are known to be transmitting Borrelia burgdorferi,” he says. Some of these high risk areas include southern Manitoba, the shores of the Great Lakes in Ontario, the St. Lawrence Valley, southwestern Quebec, southern B.C. and parts of Nova Scotia. Scientists aren’t sure why the sick-tick population is booming, but Ogden and Ernie Murakami, a retired Lyme-disease specialist in Hope, B.C., and former president of the Murakami Centre for Lyme, suspect part of the reason might be global warming. Ticks are usually killed by cold weather, but with average yearly temperatures rising, they aren’t dying off the way they used to. “One tick can lay up to 10,000 eggs, and now they’re surviving and living in clusters,” Murakami says.

Canada’s flawed testing
In many cases, the first and most obvious symptom of Lyme disease is a circular rash, often called a bull’s-eye rash. But unfortunately, only 70 to 80 percent of people actually develop it, making the disease hard to diagnose. Another problem is that Canadian doctors aren’t as familiar with the disease as doctors in endemic areas in the U.S. are, something Toronto mom Laura Keogh discovered when her daughter was bitten in 2009.

Laura, who is from Connecticut, was very familiar with the disease — both her parents had it several times and were quickly treated. But when her daughter was bitten while visiting her grandparents and the telltale bull’s-eye rash appeared, Laura found their Toronto doctor wasn’t sure how to approach the disease. “I don’t think doctors see it as much here,” Laura says. (Luckily, due to Laura’s familiarity with the disease, their doctor agreed to treat her daughter with antibiotics and the little girl recovered quickly.)

Another problem is that the most common way of checking for Lyme in Canada, the ELISA test, is notoriously flawed, says Helke Ferrie, editor and co-author of the book Ending Denial: The Lyme Disease Epidemic. In fact, estimates show that about half of ELISA results in Canada are falsely negative. Lindsay initially had a negative ELISA test, but after suffering for a few years with joint pain, tremors, shaking limbs and vision problems, she was sure she had Lyme. “I had about 50 symptoms at that point,” Lindsay says. “I’d been researching it every night, just trying to get information because I knew what it was.” Taking advice from the Canadian Lyme Disease Foundation, she pushed her doctor for a more accurate test, one that is available at a lab in California. The results came back positive for Lyme.

A critical window
Even after she’d been diagnosed, Lindsay had another fight on her hands — getting treated. When Lyme disease is caught within a few days of a tick bite, about two weeks of antibiotics is usually all you need for a full recovery. Unfortunately, after the first few days, Lyme disease becomes much harder to treat, requiring antibiotics for up to three months. And the longer you go without antibiotics, the more likely the disease will become chronic, which means the drugs can no longer cure it and may only help manage some of the symptoms.

Too few doctors realize this, explains Murakami. He treated approximately 3,000 cases of Lyme during his career and has consulted on another 4,000 since he retired. Now he’s hoping to raise awareness of the disease in the Canadian medical community. “Doctors must be better informed,” he says. “The urgency of treatment is very important because the longer Lyme goes untreated, the more invasive it becomes. It can attack every organ in the body and lead to permanent paralysis anywhere. Eventually, you won’t be able to do anything, physically or mentally.”

Lindsay worried her doctor wouldn’t know how to treat her. “I thought she might write me off and say she couldn’t treat me anymore,” she says. “I went in with my own strategy and said, ‘The Canadian Lyme Disease Foundation has recommended Dr. Murakami, who has treated Lyme disease in the past. He is willing to advise you on how to treat me. All you have to do is call him.’” Her doctor made the call and followed Murakami’s advice, treating Lindsay with antibiotics for three months. At the end of it, Lindsay says, she felt 90 percent better. “I felt amazing,” she says. “It was incredible.”

Kate, the young mother who got Lyme disease on vacation, hopes she’ll have similar results. She also reached out to the foundation when she suspected she had Lyme, and was put in touch with Murakami. Like Lindsay, she’d had a negative ELISA test, but with Murakami’s help she was tested in the U.S. and put on antibiotics while they waited for new test results, which proved she had Lyme. Her treatment could last up to six months, depending on how her recovery goes.

At the two-month mark, Kate is starting to feel better. “My energy levels are higher and I’m not as tired. I realize I’m lucky. It terrifies me to think what might have happened if they never caught it.”

Now she can take her son on outings by herself and lift his stroller in and out of the car — something she’d never been able to do. She’s thankful she didn’t give up trying to get a diagnosis. “I feel like I might get my life back,” she says. “You have to be the person who takes your health into your hands. You have to be that person, because nobody else is going to do it for you.”

Battle the bite
Try these easy strategies to avoid being bitten.

Wear long sleeves, pants, shoes and socks in the woods.

Choose light-coloured clothing so you can easily spot ticks.

Tuck your pants into your socks to prevent ticks from crawling up your legs.

Remove clothes immediately after being in the woods, and shake them outside.

After spending time outdoors, check your body — and hair! — for ticks.

Wash clothes immediately after being outdoors.