Loving to learn the language

Using my limited Spanish in Mexico is reminding me of just how much I love to try out a new language. 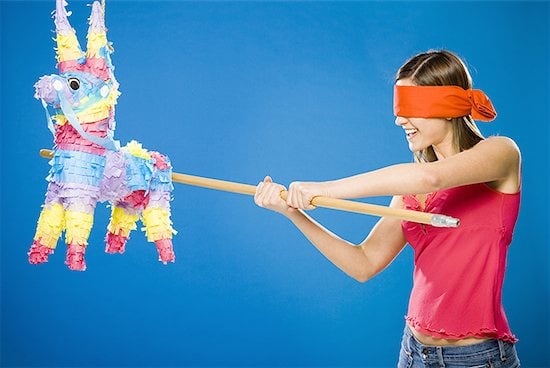 Last week, I was in San Miguel and Mexico City – a mix of business and pleasure, hitting WiFi cafes and arranging interviews by day in order to stay on top of my work, and then closing my laptop in the late afternoon and meeting up with friends in time for rich organic ice cream (cardomom with a hint of chocoate and coffee was my favourite), a game of cards and a couple of glasses of Tequila with lime while watching the sun set, a break for siesta and then on went the heels for a night out on the town.

Communicating with people was tough but oddly satisfying. I took one semester of Spanish in university, and almost everything I learned was quickly forgotten. I walked away with the knowledge of how to say “hello,” “goodbye,” “thank you,” “more coffee, please,” and “hamburger.” Over the years, I’ve picked up a couple of extra words and phrases – “I don’t know” has proven particularly useful – and even though I can rarely work my way through an interaction in Spanish without pointing and nodding and shrugging and staring blankly, I’m still really happy to make an attempt at communicating in another language.

It’s the same with French. Even though my French is awkward and limited, it thrills me to no end to actually get some use out of it. And the longer I stay in a French-speaking place, the more vocabulary comes back to me and I find it easier and easier – though still not easy – to make things happen en francais. My menu-reading French is now pretty excellent, and I’m working on my shopping French and drinking French – which are getting better. (Even though I still have no idea why no one in the entire city of Paris seemed willing in October to serve me a vodka soda and instead offered me a glass of Cotes du Rhone, which is maybe the opposite of a vodka soda. But I plan on getting to the bottom of it on my next trip.)

I’m not sure what it is about speaking another language – though stiltedly – that makes me so happy. Maybe it’s the sense of possibility – that if you can learn to communicate with people who don’t speak English, then your horizons have been immediately broadened. Maybe it’s because it makes me feel more respectful, not forcing people in non-English-speaking countries to work with your language instead of vice versa. Or maybe it’s just that it’s a fun little challenge that can set my heart racing a little as I work out an exact phrase in my head before a waiter comes around to my side of the table.