What it's like to have breast cancer in your 30s

Since the disease is the leading cause of cancer death in women under 50, a diagnosis can be particularly hard to swallow for younger women. 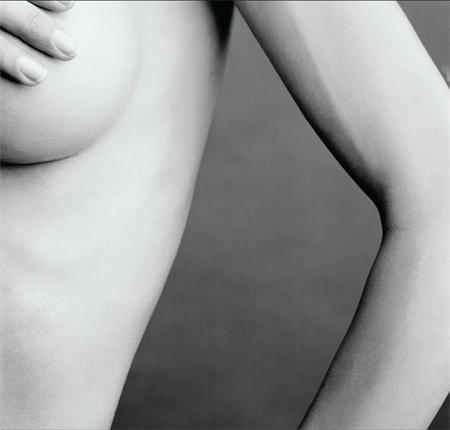 Sheri Stroh had just celebrated her 35th birthday when she started feeling a dull ache in her right breast. “It didn’t hurt much,” says the makeup artist from Guelph, Ont. “It was just an irritating ache every so often, as though the underwire on my bra was aggravating me. But then I felt around in the shower and there was definitely something there.”

Sheri made a doctor’s appointment and was relieved to discover that the lump she felt was probably nothing more than fibrous tissue, a combination of ligaments, scars and supportive material often found in younger women’s breasts. Just to be safe, her doctor sent her for an ultrasound, but the results were inconclusive. They agreed she would return for another test in six months .

Sheri wasn’t too worried. “I felt like the ache was telling me, ‘Get this checked out, get this checked out.’ Then, once I got it checked, it went away,” she says. And thanks to her action-packed schedule, it was easy to let the follow-up ultrasound slip through the cracks. Besides, at her age the risk of breast cancer was low — most women don’t develop the disease until they’re in their 50s or beyond. About nine months later, when the ache returned, she finally had the second ultrasound.

Sheri saw the same doctor she’d seen before. “He told me, ‘Well, it seems bigger but we’re still having a hard time finding it on the ultrasound. It’s there, though. I can feel it.’” Three days later, she was at the hospital for a mammogram, followed shortly by a biopsy of the lump. In another two weeks, bad news: The ache had nothing to do with her bra or fibrous tissue. Sheri had breast cancer.

Since the disease is the leading cause of cancer death in women under 50, a diagnosis can be particularly hard to swallow for younger women. Many are recently married, have new families or are just starting a career.

“Young women can also have their fertility taken away; they might be on hormone therapy that throws them into early menopause; they might have bone-density loss — these are all side effects that people don’t always think about,” says M.J. DeCoteau of Rethink Breast Cancer, an organization for women who are concerned about or have been diagnosed with the disease in their 20s, 30s and 40s.

In young women, the disease also tends to be more aggressive and there are usually more side effects. Even once a patient has been declared cancer-free, there’s always the possibility of it returning. In fact, recurrence for some forms is typically higher in the under-45 set. A study presented at the 2009 Breast Cancer Symposium in San Antonio, Texas, found younger women with the most common type of non-invasive, early-stage breast cancer (known as ductal carcinoma in situ) were almost twice as likely as older women to have the disease occur again following surgery and radiation. “Breast cancer doesn’t end when treatment is over. Women have their whole life ahead of them, but it’s a life that can be coloured by cancer,” adds DeCoteau.

The problem is that even getting a diagnosis can be difficult when you’re under 50. Traditional screening methods aren’t necessarily helpful because women 20 to 49 tend to have denser breast tissue, which makes it harder to detect abnormalities. (Mammograms are usually recommended for women only once they turn 50.)

Often, by the time a lump is large enough to detect, the cancer has had ample time to advance. A recent study in the British Medical Journal concluded that mammograms don’t contribute to a significant decrease in mortality in younger women. So unless there’s a risk such as family history or women find lumps on their own, they generally aren’t prescribed.

To complicate things further, the Canadian Cancer Society no longer recommends that women perform breast self-exams. Research shows that women who don’t do self-exams are just as likely to find a lump as women who do. And there’s an actual downside to self-exams: They can increase your risk of cancer going undetected because you’re less likely to believe there’s a problem when you check yourself regularly. (So much for those step-by-step cards we dutifully hung from our shower heads!)

“That’s probably why it’s so confusing,” says Bridgette Lord, a registered nurse practitioner at the Gattuso Rapid Diagnosis Centre at the Princess Margaret Hospital in Toronto. “There’s no clear advice. As far as self exams go, we say, ‘Be breast aware.’ As far as mammography goes, we say, ‘Speak to your primary-care provider.’”

So what can younger women do? Instead of monthly self-exams, experts say, it’s essential for women to get familiar with daily changes in their bodies. In Rethink Breast Cancer parlance, that’s TLC: touch, look, check. The Canadian Breast Cancer Foundation says to be breast aware. Semantics aside, the bottom line is to know what’s normal for you and to talk to your doctor the second you notice anything unusual.

In the end, Sheri’s diagnosis was invasive ductal carcinoma with mucinous qualities, a rare breast cancer but, fortunately, one that rarely spreads to the lymph nodes and is usually relatively easy to treat.

Although treatment is generally the same for all generations of breast-cancer patients (surgery, followed by chemotherapy, radiation or both if necessary), younger patients are more likely to consult with naturopaths and dietitians, trying to find a balance between traditional cancer treatment and alternative medicine. “Oncologists say their young patients keep them on their toes and bring them information they haven’t heard about before, especially when it comes to alternative or complementary therapies,” says DeCoteau.

Sheri is a perfect example. She had a radical modified mastectomy, which involves removal of the entire breast, surrounding tissue and lymph nodes, followed by chemotherapy and six weeks of radiation. But instead of snacking on ice cream and pudding to keep her weight up, which the Canadian Cancer Society suggests, she and her naturopath devised a plan to get calories from real food, like fatty omega-3-rich fish.

When she felt stronger and her immune system wasn’t as compromised, she started walking, hiking and even going to the gym once in a while to keep her strength up.

“So many people — especially from my parents’ generation — would never question the traditional approach to treatment,” says Sheri. “It’s like, ‘Oh, I have high blood pressure? Okay. I’ll go fill my prescription.’ But there’s tons of information out there and it’s easily accessible,” she says. “We’re so much more informed now.”

Sheri’s oncologists have been open minded about her efforts to assemble a health-care team that integrates conventional treatments with alternative medicine, though it’s not always an easy balance. For example, her doctors wanted her to start hormone therapy and a course of the drug tamoxifen to control estrogen production. But she was hesitant. “For some women, it’s a given. And by all means, whatever gets you through, go for it.” But for her, it wasn’t an easy decision.

The long-term commitment and the fact that the risks could outweigh the benefits (the World Health Organization’s International Agency for Research on Cancer ruled tamoxifen a carcinogen in the mid-90s) were enough to make her question the treatment. But after consulting with her oncologists, naturopath and fertility doctor to come up with a treatment plan that she was happy with, Sheri decided to start taking tamoxifen.

She’ll take it for two to three years, stop to try for a baby, then resume taking the drug for another two to three years. Fortunately, her prognosis is good and her experience with the disease means she’s taking a whole new approach to her health. “They say that by the time you find a tumour, it could already be a decade old,” she says. “It makes you question how you lived your life 10 or 15 years ago. I think there was a time when I thought that if I wasn’t eating properly, I could just take a bunch of supplements and be fine.”

These days, she’s making more healthy food choices (less meat, sugar and alcohol; more fruits and veggies), exercising often and paying closer attention to the messages her body sends her. “It’s not like this is making my life worse,” she says. “I’m improving it, while enjoying it. And that’s a real gift.”

To read our by-the-decade guide to breast-cancer prevention, click here.