At 29, I Was In The Best Shape Of My Life. At 30, I Was Diagnosed With A Degenerative Illness

Living with mixed connective tissue disease means that I suffer from bouts of severe pain, fatigue and sleeplessness. But there have been some surprising silver linings, as well. 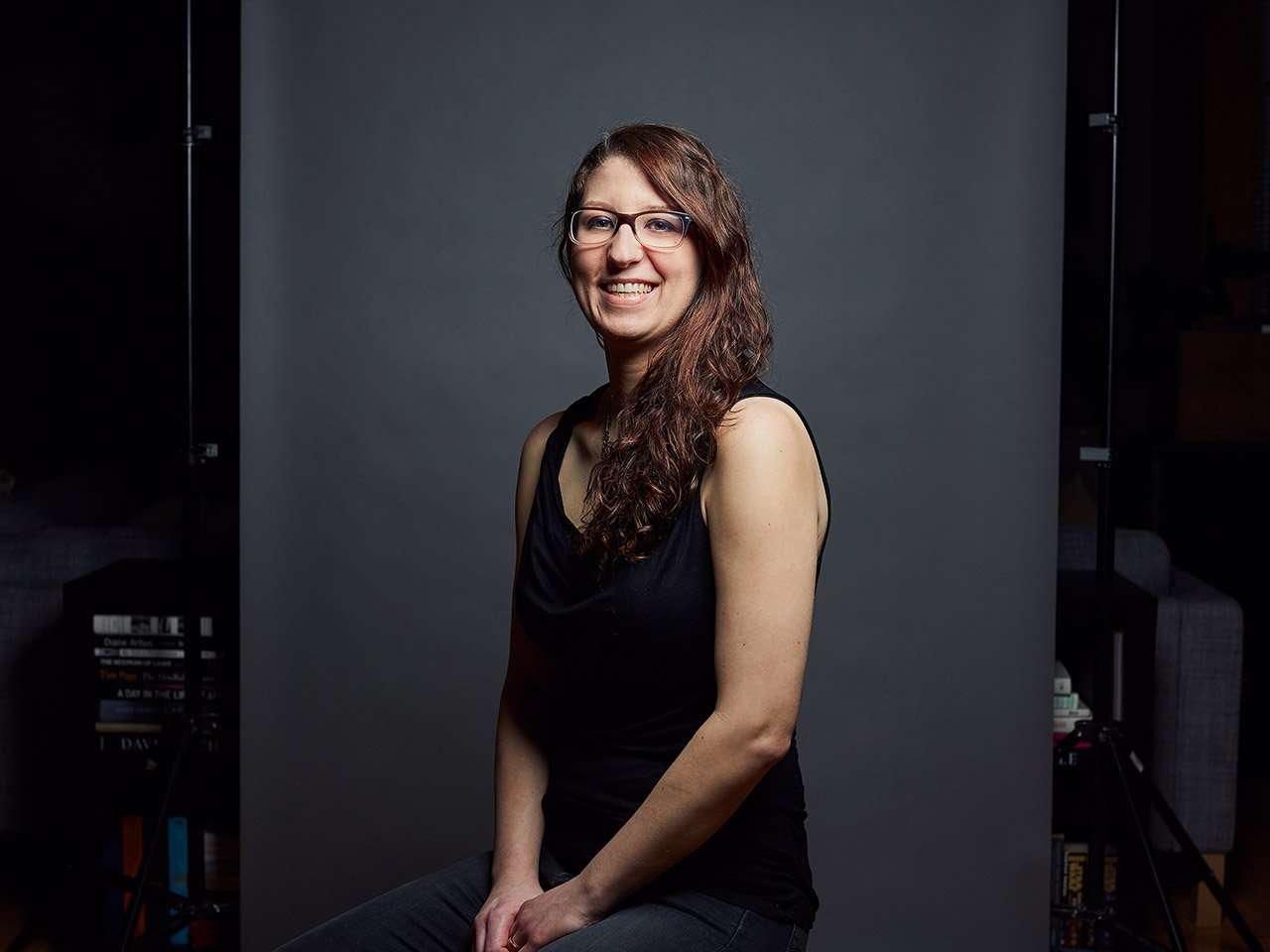 I’m not sure what’s woken me up — the burning tightness in my muscles or the shooting pains in my joints, which are sharp enough that even the slightest movement makes me gasp. Or maybe it’s the deep ache in my bones from the fever that’s causing my teeth to chatter and my skin to sear. Either way, it takes everything I have in me to fumble for my phone on my nightstand and text a single word to my still-asleep-beside-me husband: flare. This is our code for “do not wake me up” if I’m still in bed when he gets up in the morning.

Two and a half years ago, at age 29, I was in the best shape of my life. I had a regular gym routine and went rock climbing at least once a week. So when I woke up one morning in February with a sore wrist, I didn’t think much of it. I assumed I had banged it on the wall at the climbing gym the night before, and after a few days, the pain went away as suddenly as it came. But it came back the following week, this time with swelling and a stiff and sore elbow. This on-and-off pattern continued, with progressively fewer off-days.

Then I woke up one morning at the end of April and couldn’t sit up. Any attempt to move my shoulders felt like someone was sticking a dull butter knife into the joints and trying to pry them apart. With help from my husband, I was able to get out of bed and into a hot shower, which helped ease the pain (along with ibuprofen). I was able to get on with my day, but by evening I was in sheer agony again. The next morning was the same, as was every morning thereafter. I kept telling myself the aches and pains were from exercise or sleeping wrong, not really wanting to believe it was something more. 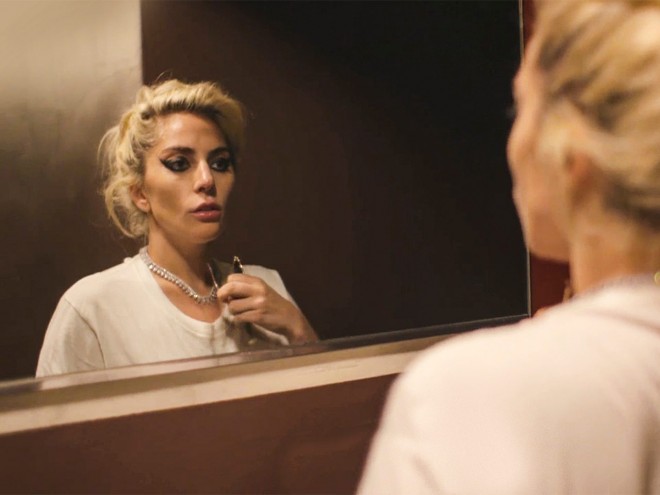 Lady Gaga And 7 More Celebrities On Living With Chronic Illness

By early June, the pain and stiffness in my joints had reached the point where I had to start each day standing in a hot shower for at least 30 minutes, slowly loosening my seized-up joints. My fingers and toes had also started turning stark white every time they got the tiniest bit cold. And when even the strongest non-prescription painkillers didn’t touch the pain, I knew it was time to see a doctor.

My 30th birthday started with me sitting in my doctor’s office, explaining everything that had been happening over the previous couple of months. Given my family history of autoimmune disorders (my biological father has rheumatoid arthritis and my mom has Addison’s disease, which means her adrenal glands no longer work), my doctor immediately  ordered X-rays and blood work to check my inflammation levels. The blood tests came back positive and I was booked for an appointment with a rheumatologist at the end of August.

The next few months were the most painful of my life. Every morning seemed to bring a new inflamed joint, and with it, another piece of my independence disappeared: The pain in my shoulders left me unable to dress and undress myself; the pain in my wrists made it impossible to turn a steering wheel; the pain in my hands meant that I couldn’t hold most kitchen utensils, and so I couldn’t cook or cut up my own food; the pain in my hips, knees and ankles made going up and down stairs without help near-impossible.

If I stopped moving, my body would completely seize up. I spent my nights shuffling around my apartment or soaking in the bathtub for hours because it was the only place I could find relief (the water took pressure off my joints). And despite fatigue so intense that I debated, on more than one occasion, curling up on someone’s front lawn and taking a nap on my walk in to work, I could not sleep. Every time I moved, searing pain would wake me up.

I also developed patches of hives on my hands, elbows and knees, that came with an itch so intense I often scratched myself bloody in my sleep (well, what sleep I got). By the time I saw the rheumatologist, I was so terrified of not getting a diagnosis, I went to the appointment armed with a 10-page-long list detailing all of my symptoms. 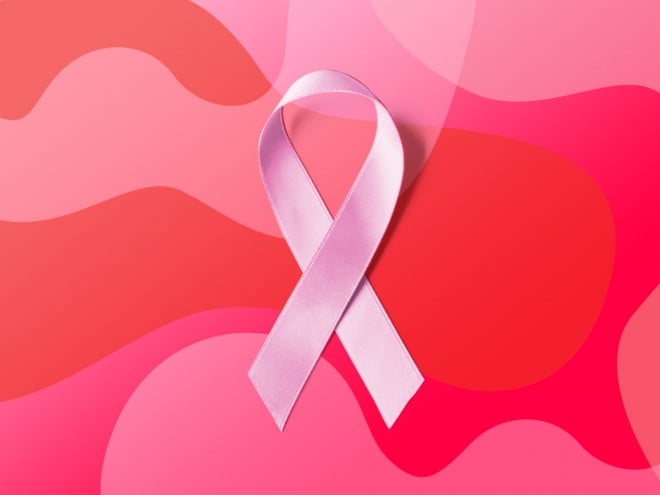 I’m Worried About Getting Breast Cancer. How Hard Should I Push To Get Screened?

After more X-rays and having what seemed like half my blood supply taken for tests, I finally had a diagnosis: mixed connective tissue disease (MCTD), a rare autoimmune disorder that affects a person’s connective tissue (bone, cartilage, blood and fat). In MCTD, patients often have symptoms that overlap with two or more connective tissue diseases, including rheumatoid arthritis (inflammatory arthritis that causes bone erosion and deformation), lupus, scleroderma (the hardening and tightening of skin and other connective tissue) and polymyositis (a disease that causes muscle weakness). I also had Sjogren’s Syndrome (where the mucus membranes stop working) and Raynaud’s phenomenon (a vascular disease where small blood vessels of the skin narrow when exposed to cold or stress, restricting the blood supply and causing affected areas to turn white — I grab stuff from my freezer with oven mitts).

There is no single treatment regimen for MCTD, and there is no cure. MCTD is a progressive degenerative disease, meaning that while I don’t currently have symptoms of all the connective tissue diseases, there’s a good chance that I will eventually. As MCTD advances, it also often affects the lungs, heart and kidneys. The majority of people with MCTD die of pulmonary hypertension, where the arteries in the lungs swell and harden, leading to high blood pressure in the blood vessels.

The main goal of treatment is to slow down the disease’s progression, especially if it hasn’t started to affect organs yet, and to ease the current symptoms. For me, that was inflammatory arthritis and fatigue. After being diagnosed, I immediately started a two-week burst of prednisone to try and knock down some of the inflammation in my body along with weekly injections of an immunosuppressive drug that also just happens to be a chemotherapy drug. (When taken in lower doses, it works as an effective immunosuppressant in rheumatic diseases.)

It took several months to notice improvement, but slowly my joint pain started to ease and my range of motion increased. The injections leave me feeling nauseated and lethargic the following day, and I have to go for monthly blood tests to make sure the drug is doing more good than harm. And because it’s a chemo drug, I lost a lot of hair during the first few months I was taking it, which made me feel really self-conscious. 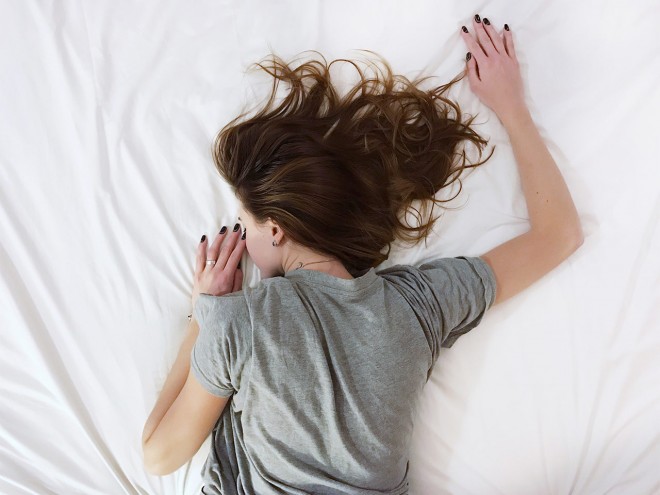 As the pain lessened, I began to consider my altered future. I was sure to be sick frequently — my lowered immune system means I seem to catch a worse version of every virus that goes around, and any little illness could land me in the hospital. Up to a third of people with RA can no longer work after 10 years, and, owing to disease progression and/or side effects of medication, there is a very good chance my lifespan will be shortened as a result of MCTD.

All of this quickly became overwhelming and I began to experience crippling panic attacks. They would come out of nowhere and got so bad that the only place I felt safe was at work or home. Just the thought of going anywhere else triggered an attack. My husband had to pick up the slack everywhere, from shopping for groceries to walking the dog. There were no more dinners out, no trips to the ice cream place down the street, and no visiting family. This went on for a few months, and then, with support from my husband and doctors, I was able to find find the right medication to get a handle on the panic attacks. Slowly I was able to venture further from home, go out for dinner without leaving halfway through and spend nights away from home. Just this past spring I was able to get on (several) planes and spend a weekend in Vegas with my girlfriends.

The biggest adjustment has been finding, and accepting, my new normal. I have a limited amount of energy on any given day. In Vegas, after walking the strip for the better part of the morning and early afternoon, I had to crawl into bed for a three-hour nap while everyone else went and lounged by the pool. I had hit what I affectionately call “the autoimmune wall” and knew that if I ignored my body’s warning signs to slow down, I would pay for it in the form of a flare — high fever, muscle and joint pain and fatigue, much like the worst days of a flu — and end up having to spend several days recovering in bed.

I also haven’t been able to find a form of exercise more vigorous than a brisk walk that doesn’t trigger a flare. After talking to my rheumatologist about this, our assumption is that the normal muscle breakdown and repair process involved in exercise is what brings this on. We adjusted my medications and added a second immunosuppressant, and I am very slowly starting to increase my exercise.

But for all the things that my autoimmune disorders have taken away, they have also given me a a few things I am grateful for. During one flare, where I spent the better part of the weekend on the couch, I watched the Netflix series Cooked and discovered a passion for breadmaking — I now make bread almost every weekend. My relationship with my husband only got stronger. Even when I was at my worst, and he was having to dress me and feed me, my husband never made me feel less-than. He never treated me like a sick person, or an incompetent person. He never looked at me with pity or let me wallow. It was what it was and we would get through it.

And as cliché as this is, knowing that my health can change from one day to the next has made me a more optimistic person who appreciates the little things, like a good cup of coffee, or a transit bus that’s actually on time. Having just marked the two-year milestone with MCTD, I feel like I finally know this disease. I now refer to it as my co-pilot in life. It’s always there with me, along for the ride, but most of the time I feel like I am in control.