You say 'cramps.' I say 'velociraptor on fire gnawing through every fibre in my midsection.’ 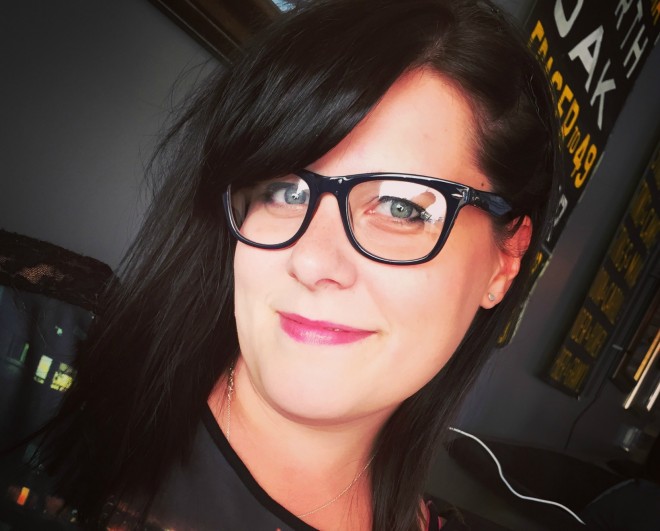 Last weekend I fractured a rib by coughing  —  you can laugh, I would too if it didn’t hurt  —  and had to go to the emergency room to get an X-ray. Unfortunately, I am veteran of the ER. In part because I’m potentially Canada’s clumsiest human, but mostly because I suffer from a chronic condition that occasionally sends me to hospital. I have endometriosis, an autoimmune disease that causes your endometrial cells to grow outside your uterus and latch on to other organs, sometimes gluing them together. The cells bleed internally and create scar tissue that often leads to infertility. It has four stages of increasing severity and I’m one of the lucky one in 10 women to play Ripley to its Alien.

When I walked in to emergency last Sunday morning, I was prepared. I had a book, almost 20 hours of Netflix content on my iPad and had given myself the pep talk I always whip out before facing the dragon that is triage and treatment. It goes something like this: This is no time for your stoicism, Langer. You show them how you feel. Use your face to tell them how much pain you’re in and don’t let anyone tell you it’s all in your head! I call it the Reverse Coach Taylor.

To my utter surprise, I didn’t need any of this stuff. When I approached admissions, the woman at the desk was sympathetic. I almost hugged her, but it would have hurt (and also been awkward). She sent me to triage where they took my vitals and immediately directed me to fast track, where they do X-rays and set broken bones. I thought to myself: OK, now the real waiting begins. But I was seen by a doctor in less than five minutes. All in all, I was out with an X-ray, diagnosis and treatment plan within an hour. Wait… what? It was the quickest visit I’ve had to the ER in years, and they were compassionate and understanding. 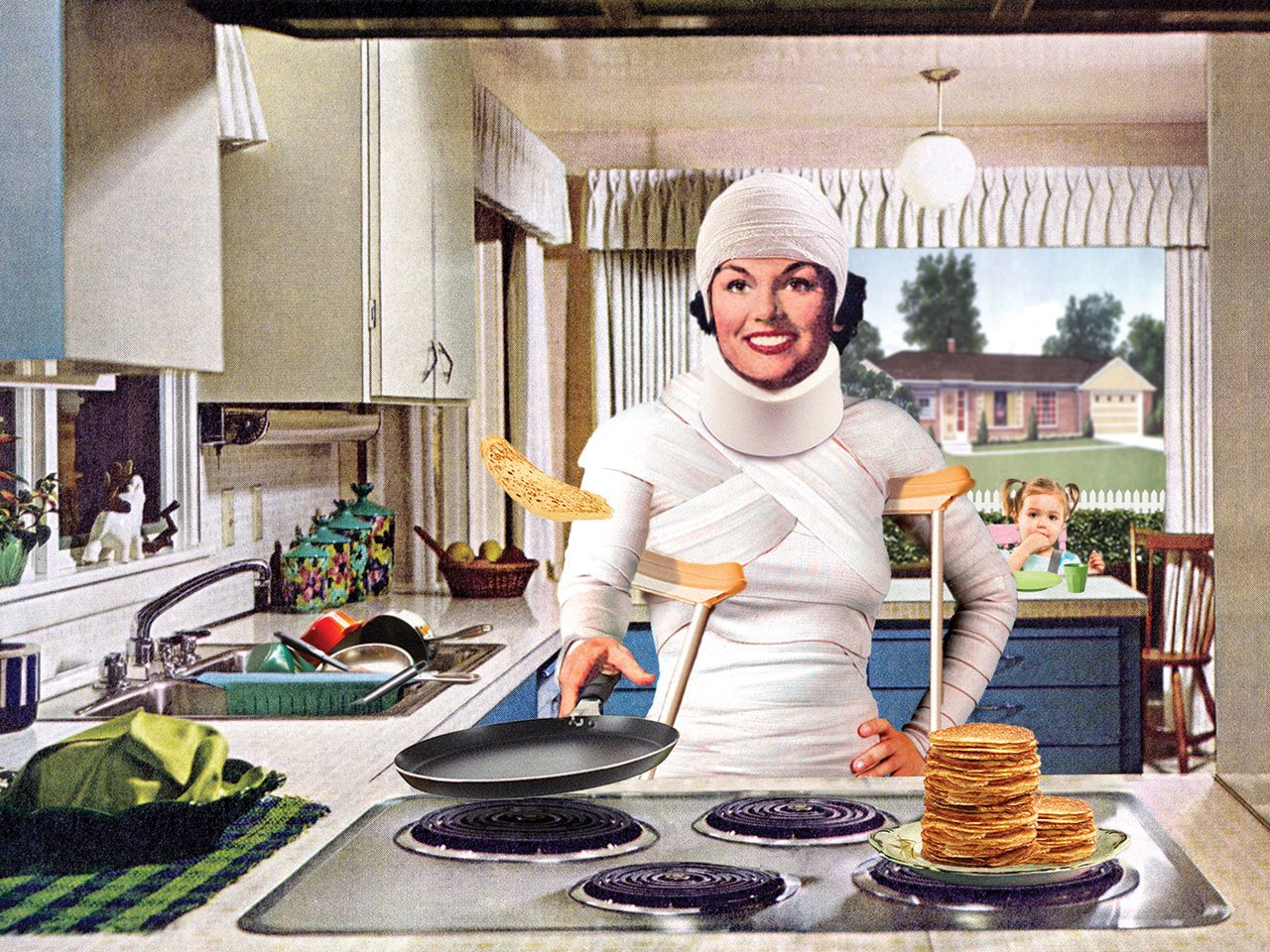 It has taken me a week to process why I was so angry.

I’ve likely had endometriosis since I was 16, but wasn’t diagnosed until my mid-20s when a jerk of an ovarian cyst (nicknamed Blinky) required removal. I waited months for surgery until pleading to be moved up the priority list, and only during a post-op follow-up did the surgeon finally admit: I understand why you were in so much pain. You were a real mess. Basically all my lady bits were having a giant orgy/rave/dance party in places they shouldn’t have been. I’m positive there was dubstep. They’d glued themselves together, pulling apart a little bit every time I moved or twisted, hence the agony. I was quite conflicted to hear this news, feeling validated that my pain was real but frustrated that it took surgical evidence for the doctor to believe me. Since then I’ve had two more surgeries, one with even more mess inside, and I continue to fight some version of the above battle on a regular basis. Most of the time I’m caught in an infinite loop. The Mobius strip of my life with two mutually exclusive truths: I am OK. I am not OK.

I know that ERs are not designed to deal with chronic pain. I also know that on the morning of the rib event I probably lucked out and it wasn’t busy yet. But I’ve sat in those waiting rooms countless times, rocking back and forth in agony. I go to the ER because something about my pain has become acute and scary and is making it impossible for me to function. I don’t make the decision lightly. But the second someone hears the word “chronic” every red flag goes up, and they somehow morph it into “junkie” even when I’m not there to ask for painkillers. 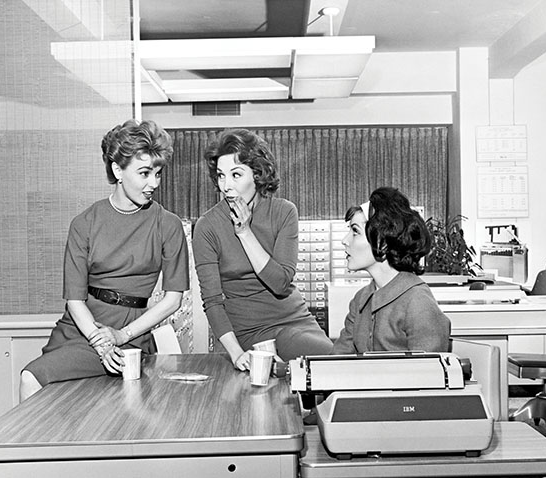 Your coworkers are more important than you think

I’ve died a thousand deaths trying to get people to take me seriously. On the other hand, I’ve died a thousand more trying to prove to people that I’m fine. For most of my life I’ve been afraid to talk about my condition, minimizing the affect it has on my life. These are the biggest reasons why:

1. I don’t want people to think I can’t do my job. This is one of my top concerns, always. It’s taken me years to break into a career in writing for television, and it’s one of the best parts of my life. If I had to stop doing what I do because some wanky little cells don’t know where they belong in my body, I would lose my mind. A friend recently asked if work stress makes the challenges of this disease worse. I answered yes immediately … but then applied the caveat that it also makes it so much better. I could either sit on a lily pad and breathe through the pain, or I could throw myself into my career and live my life to the best of my ability. (No judgment to anyone who’s chosen the lily pad  —  don’t think I haven’t considered it.)

2. There’s no good way to talk about this in a professional setting. The fear is always that subconsciously people will either put you in the “whiner and complainer” category, or worse, write you off as someone who is “difficult.” In TV, your entire job is to make it easier for other people to do their jobs. As a staff writer, you want to make things as smooth for your show runner as possible by offering great idea pitches, writing solid scripts, and taking on tasks they don’t have time to do. Being labelled “difficult” is the kiss of death when it comes to staffing. Incidentally it’s a label that’s most often reserved for women and is often unfairly applied to women to suggest that they’re emotional, and in an industry that’s dominated by men, offers an easy reason not to hire them. So compacting that with “Oh by the way, my uterus has gone rogue and often sends out scouts that bleed at will like some constant unseen horror show happening below my waist…” is not exactly prime material for the CV. 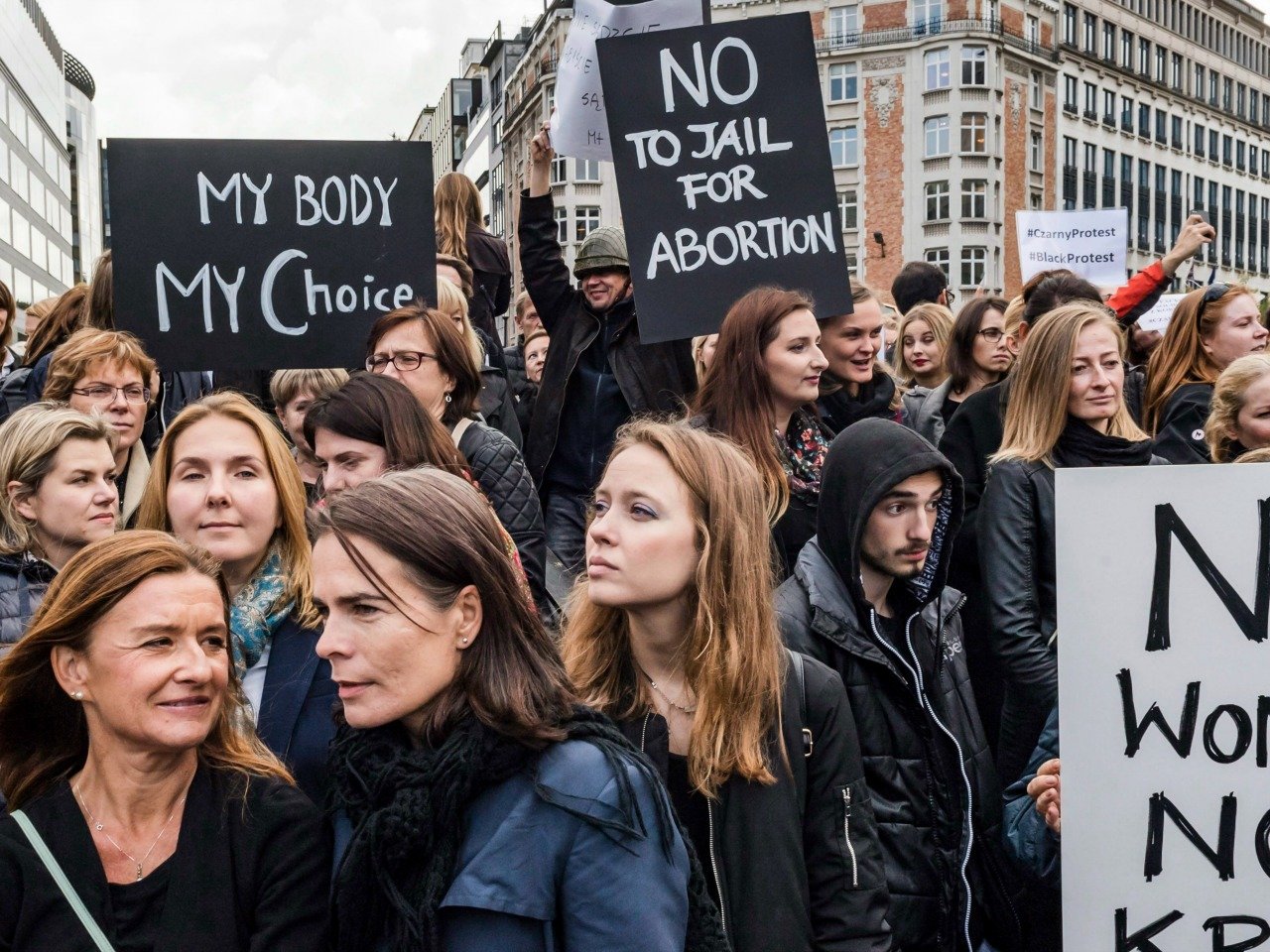 What if half the world went on strike for a day?

3. Having proof is meaningless.I have an arsenal of medical photos and surgeons’ notes and my medical history in my bag every time I go to a new doctor or hospital. It has never helped. In fact, it’s led me to a painful realization: when it comes to women’s pain, facts don’t matter. Here are three common responses I get when I discuss my condition with a new doctor:

Doc: So you have cramps.
Me: Sure… if by cramps you mean a velociraptor covered in barbed wire and lit on fire, gnawing through every fibre in my midsection whether I’m having my period or not.

Doc: This is really a long-term problem. Have you discussed this with your GP?
Me: No, we’d rather just stare longingly into each others eyes and brush each others hair while listening to Ace of Base like it’s 1995.

Doc: Why don’t you just get pregnant. I hear that helps.
Me: Dies.

Eventually, if you’re loud enough, and live close to an urban centre where extended treatment is available, and live in a country that covers extended treatment, you can get a diagnosis. Today I am a patient at one of the leading pelvic pain clinics in the country, and am following their proposed treatment suggestions. My surgeon at the clinic is amazing. She and the staff there have devoted their careers to making sure women with these ailments are seen, heard, and treated. They do tons of research and she is a complete whiz in the OR. But the wait list after referral hovers at 6–8 months long, and OR time is generally reserved for the most critical cases. 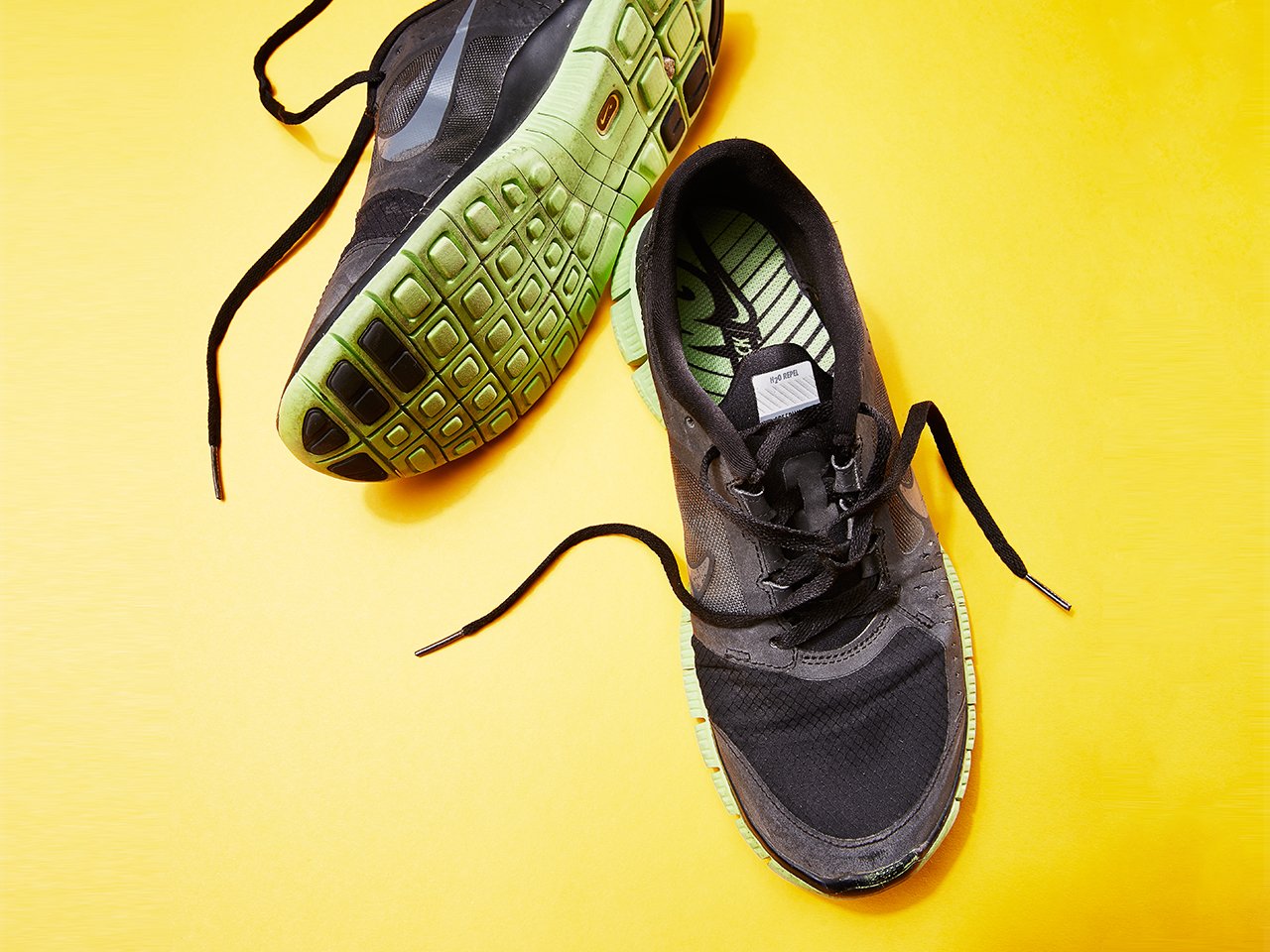 4. Unless you’re my doctor, I don’t really want your advice. Many people are chock full of “helpful” solutions. They get that look in their eye — pity meets Internet-informed — and before I can dive-roll out of their vehicle or duck and cover, it all just comes burbling up in a rush of “Have you tried yoga/acupuncture/diet/exercise/going gluten free/sensory deprivation/counselling/kale?” Yes, for most; not on your life, for a few. I do my absolute college best to smile and accept the good intentions, but there are only so many times I can tell people I’m probably allergic to kale (and exercise). I know that by telling people about my medical status, I put them in a position to either be sympathetic and well-meaning or to awkwardly say nothing while trying to find an appropriate way to respond. Watching that struggle is almost as painful as the adhesions, so mostly I stay quiet.

5. Lastly, it makes me talk about the kid issue. I won’t dwell on this one other than to say that my relationship with the topic of procreating is intensely complicated. As a woman in my 30s it’s also something I’m constantly reminded of on every social platform where the baby thing is front and centre for a lot of my friends and family. I spend a lot of time avoiding photos of people’s kids, then Halloween hits and I fall back down the rabbit hole, torturing myself with all the cuteness (good thing there’s also candy…) I vacillate between repression, irrational anger, denial, occasionally being fine, and complete emotional meltdown. I also firmly believe that it’s nobody’s business should we decide not to spawn. Or try to spawn. Or procure someone else’s spawn through legal and socially accepted channels… so just butt out, ’K? 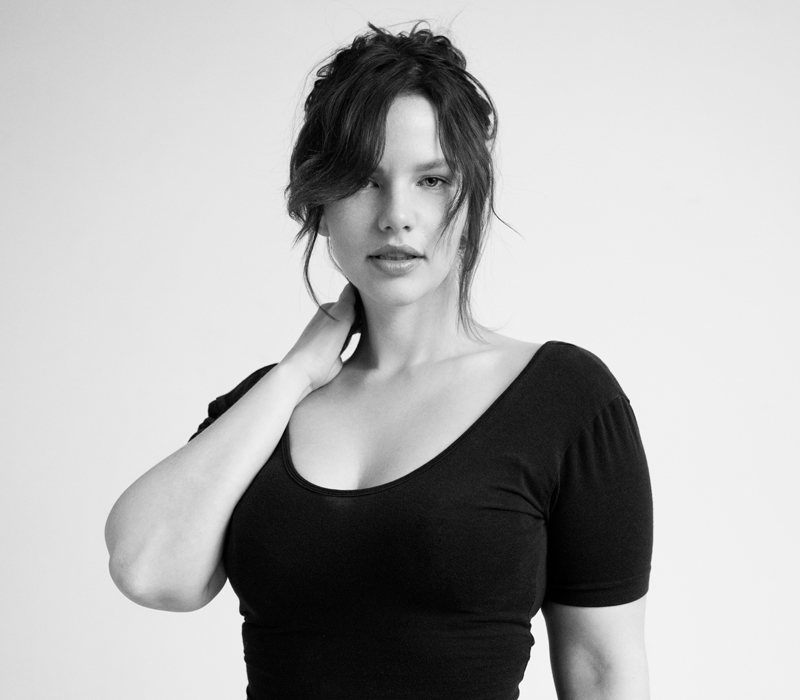 But in spite of all this, over the last year (with many thanks to my incredibly supportive husband who has given several doctors the kind of stare that could melt the even Terminator’s poker face, who has also advocated for me on multiple occasions and is often the only reason I’ve been treated) I’ve decided that it’s time to talk about it. Out loud. Consequences be damned. So now you know. The whole damned Internet knows! Ultimately it isn’t actually about me — despite my belief that everything is about me —or at least not only about me. It’s about our systemic challenges in dealing with women’s pain. It’s about our fear of being honest about our vulnerabilities and our failures. It’s about trying to control other people’s perceptions of us. It’s about acknowledging that challenges do not reduce our capability to exist, create, work, and live. And finally and most importantly for me, it’s about admitting that the following truths can co-exist: I have endometriosis. It sucks. I’m not OK. And I am OK.

Rachel Langer, 34, is a television writer based in Vancouver, and most recently wrote on This Life, a family drama series for the CBC. She co-owns a production company with her husband, Derek, with whom she develops both film and television.

A version of this story was first published on Medium.com

More:
Honey is yummy — but not as good for you as you might think
People deserve to die with dignity — here’s how I help them
Is fear of breaking up keeping you in the wrong relationship?