Lessons learned from the (real) happiest place on earth

In the grips of a midlife crisis, Lisa Napoli, author of "Radio Shangri-la: What I Learned in Bhutan, the Happiest Kingdom on Earth", moved to Asia to start up a radio station. 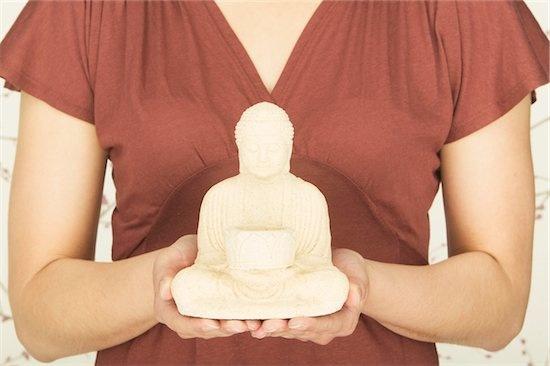 In the grips of a midlife crisis, Lisa Napoli, author of Radio Shangri-la: What I Learned in Bhutan, the Happiest Kingdom on Earth, moved to Asia to start up a radio station.

Q: Why did you go to Bhutan?

A: A handsome man at a party I went to in NYC got me invited there to help start a radio station. I knew very little about the place except that television had long been banned — keeping out the menacing forces of marketing, which make you feel inadequate unless you buy more — and that Gross National Happiness was a guiding principle.

Q: What did a midlife crisis look like for you?

A: I knew it was starting the day I came home from my job as a public radio reporter and thought, for the first time in my life, I am working at the job to pay the rent on this apartment, which I only have so I can go to that job. I’d made it to my early forties without feeling like I’d been on a treadmill, but that day started a cascading series of days where I thought, I can’t do this day in, day out for the rest of my life — but what else is it that I can do? And that led to a question: Why had I got to this point in life where it all seemed so empty?

Q: In what ways is Bhutan noticeably happier than North America?

A: Noticeably, not at all. It’s not like people are skipping through the streets. There’s irony in the word “happiest” in the title of my book. Culturally, it’s a slower pace and more community oriented. People are all interconnected and multiple generations live under one roof. Not as isolated as we tend to be here, at least in our big cities. So that’s happier — more togetherness.

Q: Did being in Bhutan teach you anything about how to be happier?

A: Being in Bhutan at that moment in time, for me, taught me to appreciate my life, how fortunate I’ve been, and all I can do for the world; that it’s not just about me and my small needs but much more about the bigger picture. Being there and returning there always puts into perspective how big — and small — this planet is. It unlocked a long-dormant desire I had to help other people; I’d always wanted to volunteer but never could (or never felt I could) given my weird and erratic work schedule. After being in Bhutan, I learned to frame the way I look at things differently — instead of from a point of “what don’t I have,” but instead from the perspective of, “Look at all I have — and look at all I have to give.” And I don’t mean financially.

Q: Can you offer any happiness tips that you gleaned from the Bhutanese?

A: The Bhutanese aren’t any happier, necessarily. By and large the older people are more religious, which gives a sense of peace to people everywhere, regardless their religion. The governmental interest in “Gross National Happiness” over rampant economic development or gain doesn’t cascade down to the people; it stems from the Buddhist belief that everyone and every thing is interconnected, that making money at the expense of the environment or your well-being or your family’s isn’t worth the price. That’s an important message for all of us.

The Three Good Things exercise I learned in a positive psychology class I took right around when I first went to Bhutan is the best. Write down the three good things that happened to you each night before bed.  They don’t need to be big things, just the little incidents that make up our days, a smile with a stranger, the sunset, a meal.