How do people keep leaving babies in hot cars in summer?

Flannery Dean looks at the recurring errors that take place on days when babies are left in cars -- and ways we can ensure it stops happening. 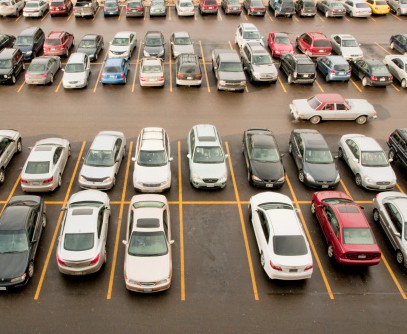 Every summer there’s a new terrible incident — sometimes even multiple cases — in which a parent or caregiver unwittingly leaves a baby in a locked car on a hot summer day. The results — at least the ones that make the headlines — are often fatal.

In the U.S., an estimated 15 infants have died as a result of being left in a hot car this year alone, according to the safety advocacy group KidsandCars.org.

Last week, a Milton toddler died from heat exposure after being left in a car on a day in which temperatures reached 31C. Maximus Huyskens, who was just shy of his second birthday, was in the care of his grandmother at the time.

No charges have been filed against the toddler’s grandmother, which suggests that the tragedy was the result of human error and not negligence or intent.

While many people would be at a loss to understand how such a mistake can be made, experts have determined that there are a set of factors that contribute to the tragic misjudgment. In 2009, Washington Post writer Gene Weingarten examined the phenomenon and in so doing revealed that these cases share certain commonalities.

For one, his article suggests the parents or caregiver who made the error were usually in a state of high distraction on that fateful day — for example, they were rushing to complete their morning routine and in their state of hectic multi-tasking they forgot to drop the baby off at daycare before heading to work.

The fact that infant car seats are rear-facing, sadly, often aids this form of forgetfulness, as babies are literally out of sight and out of mind.

Many parents who made the mistake later characterize their state of mind at the time as being on auto-pilot. The idea of operating on auto-pilot is supported by experts in memory and recall. One expert quoted in the Washington Post article argued that the human brain often does operate on auto-pilot when it comes to the execution of everyday routines. It’s a strength most days. But when we’re under stress, dealing with fatigue, feeling highly emotional and/or dealing with some new aspect of our routine, that auto-pilot mode can actually work against us. In minor blips, those are the moments when we drive off with our purse on the roof of the car, for example. More serious disruptions may result in making far more tragic errors of forgetfulness.

But there are techniques for keeping forgetfulness, and by extension tragedy at bay. KidsandCars.org urge parents and caregivers to adopt a ‘look before you lock’ strategy — habitually checking the car seat before you leave the car. They also suggest that parents put their purse or briefcase in the back seat too, so they’re forced to open the back door rather than exit without doing so.

Given the perilous risk associated with being excessively distracted, parents and caregivers may also see the benefits of slowing down during their hectic morning routine. Better to be late for work than to spend a lifetime regretting that horrible day you made it in early.