Mariah Carey And 8 More Celebrities On Living With Chronic Illness

Mariah Carey just revealed that she has bipolar II disorder, a diagnosis she kept hidden since 2001 out of fear that it would ruin her career. Carey is only one of many celebrities who have recently used their platform to explain what it's like to live with a chronic — and often invisible — illness. 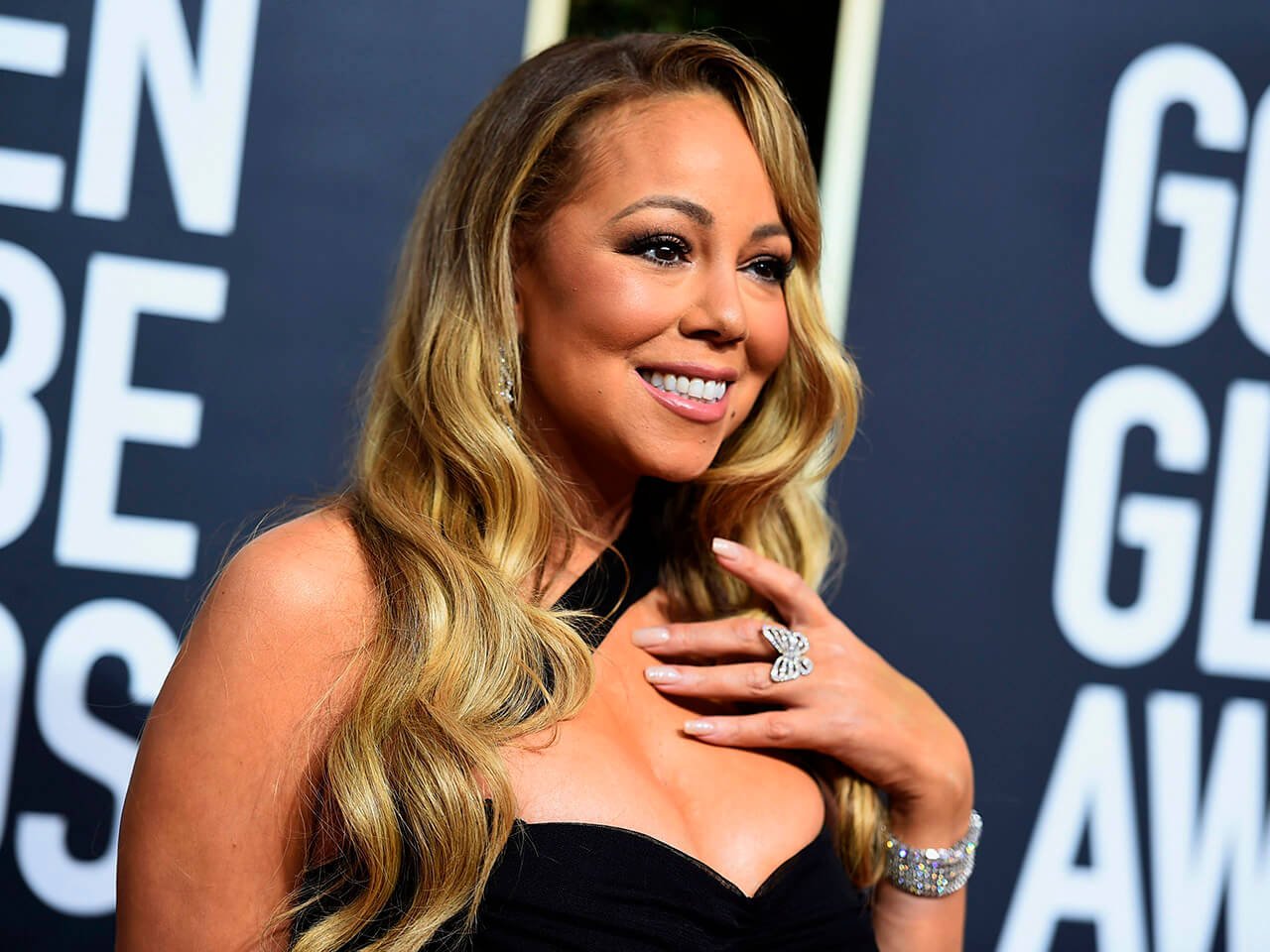 In a new interview with People, Mariah Carey revealed that she has been struggling with bipolar II disorder since 2001. The singer was diagnosed after experiencing a mental and physical breakdown so severe that she needed to be hospitalized.

Mariah is just one of several celebrities who have revealed their struggle with a chronic, often invisible, illness. Last fall, Lady Gaga had to postpone her tour due to pain from her fibromyalgia, and in an Instagram post Selena Gomez revealed that she had undergone a kidney translate due to complications from her lupus.

Here, Mariah Carey and 8 other celebrities speak publicly on what it’s like living with their chronic illnesses.

I’m grateful to be sharing this part of my journey with you. @mrjesscagle @people

“I didn’t want to carry around the stigma of a lifelong disease that would define me and potentially end my career…Until recently I lived in denial and isolation and in constant fear someone would expose me. It was too heavy a burden to carry and I simply couldn’t do that anymore… I sought and received treatment, I put positive people around me and I got back to doing what I love — writing songs and making music. As hard as this is, I also knew it was time to finally share my story.” — People, April 2018

About bipolar disorder: A mental health condition (formerly known as manic depression) that is characterized by extreme mood swings, from mania (high energy, euphoria) to severe depression (feelings of hopelessness). There are different types of this disorder: Bipolar I is the most severe and can result in psychosis (a total break from reality); in Bipolar II there often isn’t a break from reality, but the depressive periods tend to last longer and be more impairing. Treatment often involves a combination of therapy and medication.

“I use the word ‘suffer’ not for pity, or attention, and have been disappointed to see people online suggest that I’m being dramatic, making this up, or playing the victim to get out of touring. If you knew me, you would know this couldn’t be further from the truth. I’m a fighter. I use the word suffer not only because trauma and chronic pain have changed my life, but because they are keeping me from living a normal life. They are also keeping me from what I love the most in the world: performing for my fans.”
—Instagram,  Sept. 2017

About fibromyalgia: A widespread disorder that cause musculoskeletal pain and fatigue along with sleep, memory and mood issues, it’s believed that fibromyalgia affects the way the brain processes pain, causing painful sensations to be amplified. There is no cure, but medications can help ease symptoms.

“I’m very aware some of my fans had noticed I was laying low for part of the summer and questioning why I wasn’t promoting my new music, which I was extremely proud of…I found out I needed to get a kidney transplant due to my Lupus and was recovering… Lupus continues to be very misunderstood but progress is being made.”
—Instagram, Sept. 2017

About lupus: A chronic inflammatory autoimmune disease in which the patient’s body attacks its own tissue and organs, lupus most commonly affects the joints, skin, kidneys, blood cells, brain, heart and lungs. While the butterfly-shaped facial rash (called a malar rash) is probably the most well-known association with lupus, the rash only occurs in some patients. There is no cure, but medications can help control symptoms.

“Sometimes I just feel like it’s my big flaw and everyone knows about it, so why cover it?… Everyone with psoriasis has different symptoms; sometimes the rashes are itchy, sometimes they’re flaky. Mine flares up from time to time for different reasons,’ she explained…I’m always hoping for a cure, of course, but in the meantime, I’m learning to just accept it as part of who I am.”
—”Living with psoriasis,” a post on kimkardashianwest.com, August 2016

About psoriasis: A skin disorder that accelerates the life of skin cells, causing them to quickly build up and form scaly red patches, which can be painful and itchy, psoriasis is a chronic disease that waxes and wanes. Treatment depends on the severity of the disorder and can range from topical creams in mild cases, to immunosuppressants in more severe ones.

“The fatigue is hard to explain unless you have it…[s]ome mornings I feel really sick, like when you don’t get a lot of sleep or you have a flu or cold. I always have some level of tiredness…You almost get used to having all these symptoms. You tell yourself to shake it off. Just keep going.”
—New York Times, Sept. 2011

About Sjogren’s: An autoimmune disorder that affects the mucus membranes and moisture-secreting glands, Sjogren’s often affects the eyes and mouth first. It is most common in women and often accompanies other rheumatic autoimmune disorders like lupus and rheumatoid arthritis. Treatment is determined by what part of the body is affected and can range from eye drops and mouthwashes to surgery to plug tear ducts (to help eyes retain moisture) in severe cases.

About Crohn’s disease and ulcerative colitis: Diseases that causes inflammation in the digestive tract, Crohn’s and ulcerative colitis can cause abdominal pain, diarrhea, fatigue, weight loss and even malnutrition. Complications from Crohn’s disease can be life-threatening. There is no cure, but anti-inflammatory drugs, as well as immunosuppressants, along with other drug treatments, can often help relieve symptoms.

“From the first time I got my period, it didn’t feel right. The stomachaches began quickly and were more severe than the mild-irritant cramps seemed to be for the blonde women in pink-hued Midol commercials. Those might as well have been ads for yogurt or the ocean, that’s how little they conveyed my experience of menstruating.”
—Lenny Letter, Nov. 2015

About endometriosis: In endometriosis, tissue that normally lines the uterus grows outside of the uterus and often involves the ovaries, fallopian tubes and pelvic lining. In severe cases, this tissue can extend beyond the pelvic region. Pain medication is the most common treatment, followed by hormone treatment and surgery in more severe cases.

“I know what it feels like to not want to get out of bed from bone pains and exhaustion and days on end of not wanting to socialize or be around people because the anxiety and brain fog just isn’t worth it.”
—In a speech at the Global Lyme Alliance Gala, Oct. 2016

About lyme disease: A tick-borne illness, lyme disease often starts as a small rash, followed by flu-like symptoms. As the disease progresses, people may develop joint pain, neurological problems, fatigue, heart problems as well as eye and/or liver inflammation. Lyme disease is hard to diagnoses, but can be treated with antibiotics — even after treatment, though, some people still suffer from muscle aches and fatigue.

“Sometimes, it’s good to share little things of what your struggles are. It’s not impeding my quality of life. It just means I have to be a little more conscientious of how I live and what I put into my body because I have this predisposed situation.”
—Extra, July 2015.