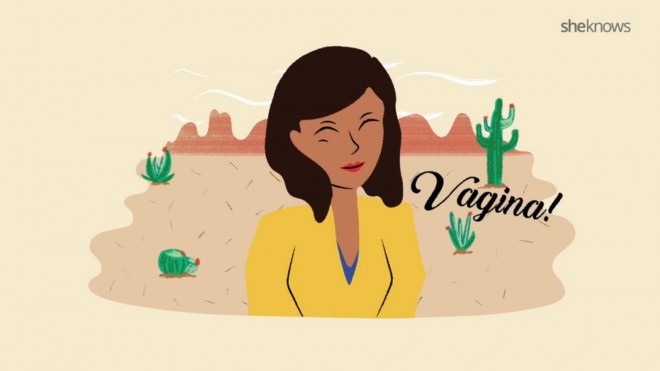 A new Vagisil commercial for internal moisturizing gel titled “No Sex in the City” shows four animated women candidly discussing vaginal dryness, while eating brunch in the desert. One character says, “Nobody talks about vaginas,” and another responds: “I love talking about my vagina.” A third says hers is “like sandpaper.” And there are plenty of puns thrown in, from “vagine regime” to “granginas” (the genitals of elderly women) and vagician (someone who can magically cure vaginal dryness). If there’s one word the advertising industry has struggled to utter, it’s “vagina.” Commercials typically use a wink-wink hush-hush approach, referring to women’s genitals as “down there” or referencing a vague “not so fresh feeling” below the belt. This video serves as a good reminder: There’s no need to beat around the bush.