The orgasm shot: Why women are injecting blood below the belt

A U.S. doctor promises women better sex by shooting blood into their clitorises, but his technique ignores one crucial thing: the mind-vagina connection. 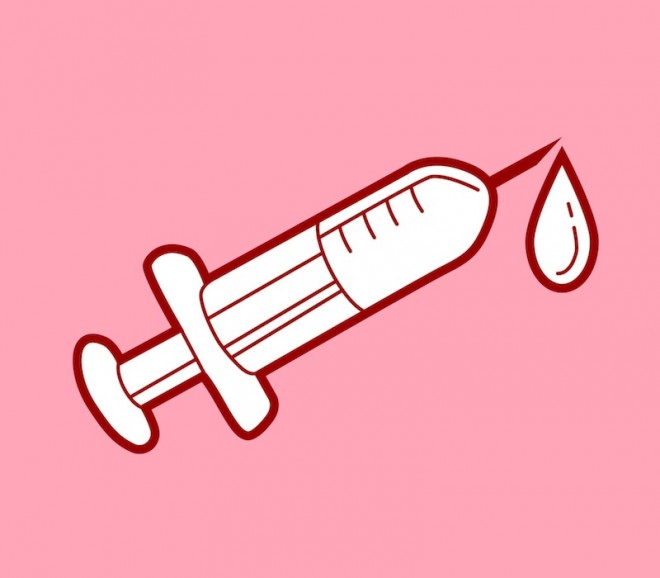 The term “Orgasm Shot,” or “O-Shot” for short, recently entered the sexual health lexicon thanks to an article in The Guardian about an Alabama doctor, Charles Runels, who developed a controversial (clinically untested) technique for enhancing orgasms. For $1,200 to $1,500 a treatment, he’ll draw blood from your arm, extract the platelet-rich plasma (PRP) and inject it into your clitoris and the ceiling of your vagina. (Think of it as the vaginal counterpart to the vampire facial made famous by Kim Kardashian.) The infusion of white blood cells, Runels and many of his satisfied clients claim, heightens sensitivity and ups natural lube levels, leading to quicker, better and more frequent climaxes.

I spent the last three years studying the female orgasm for my book, Closer: Notes From the Orgasmic Frontier of Female Sexuality, and I whole-heartedly believe a woman can do whatever she likes to her vagina— vajazzle it, tattoo it, pierce it, if that’s her thing. But a bit of background is useful before injecting anything into it.

Related: I researched the female orgasm for 3 years. Here’s what I learned

To my mind, the O-Shot belongs in a category of heavy-handed sex therapies that see female sexuality somewhat mechanically: If a woman isn’t having instant and multitudinous orgasms, her equipment needs to be fixed.

Others in this arena include the much-criticized “female Viagra” recently approved for use in the U.S; the G-Shot, a procedure in which doctors inject hyaluronic acid into your G-spot, which supposedly “amplifies” sensation; and even more invasive stuff like clitoral hood reduction surgery, which exposes more of the sensitive clitoral glans —and can cause complications, like scarring. (Why many of these interventions are dreamed up by men, I’m not sure.)

These treatments disregard the various connections between a woman’s clitoris and her emotions, psychological and physical health and personal preferences. Women do tend to orgasm more gradually and less frequently than men and, to paraphrase sex expert Emily Nagoski, that’s not a dysfunction — it just means we’re women.

There are many less flashy, more holistic ways to amp an orgasm that don’t involve a syringe: sex therapy can help in many cases, mindfulness, pelvic floor exercises, tantric play, old-fashioned fantasy, sex toys and even orgasmic meditation, which involves receiving a feather-light stroke on the clitoris from a partner while lying back and focusing on how each moment feels (so less stimulation, not more). Research also shows that dating a new partner or simply becoming more comfortable with your body as you age can both lead to stronger orgasms.

That’s not to discount the many women who feel genuine distress from not climaxing — that’s a very real concern — and I’m not saying it’s “all in your head.” Rather, getting the most out of sex means acknowledging that the mind is perhaps our most crucial sex organ.

This is why the author of The Guardian story debates the effects of the O-Shot: Are they real or just placebo? Does the treatment simply make a client feel empowered, sexy and healthy enough that her relationship with her own pleasure begins to shift? For many women, that sense of empowerment may be worth going under the needle but remember: the orgasm shot might be doing more for your mind than your body.

More:
Pelvic prolapse: Why Kegels should be your new best friend
Comedian Cathy Jones on what to expect “down there” after menopause
Will & Grace come back from TV heaven to make fun of Trump