Stories of runners lacing up in solidarity after Boston's tragedy

In the face of Monday's tragic events, runners the world over are hitting the streets to show their support -- one kilometre at a time. 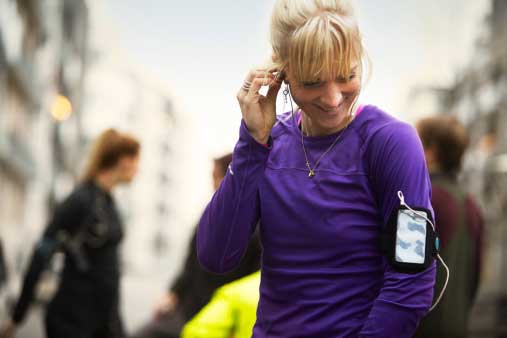 Lace up with a group, or on your own, to show your support of runners around the world (Photo by Getty Images).

I went for a run on Monday night. This isn’t unusual as the evening is my preferred running time. But this one was about four hours after the awful bomb blasts at the finish line of the 2013 Boston Marathon. Now I’m no 26.2 miler, but I am a runner and I slipped on my Asics, launched Songza and headed out the door for a cathartic six-kilometre jog.

I wasn’t the only one who used their feet that night to counteract the bombings — many runners I knew also laced up in solidarity. (And many of us also sadly returned to find that an 8-year-old boy had been killed in one of the blasts as he stood alongside the race route cheering his father. A crushing blow to an uplifting run.)

However, that night and the following day, I continued to follow the reactions and updates on Twitter, Facebook and other social media. And I began to take heart in the reaction…particularly those of runners. While so many felt the tragedy deep in their hearts, runners felt this attack differently. Anyone who’s ever stood at the side of a race cheering or ever tried to, desperately and with dedication, cross a finish line knows that addictive combination of euphoria, relief and happiness found only at that line. Heading out for their runs was the only antivenom they could muster against the tragedy that lay so far away.

Along with the support of non-runners, the running community rallied in its own way around Boston. Positive movements developed to reclaim the sport: some runners wore race T-shirts to show their support. (If they didn’t have one, they wore the marathon’s signature colours, blue and yellow.) Others — like me — sported their smelly, worn but trusted running shoes. And still others wore the medals they’d earned at races, headed out for 26.2 minute runs (a marathon is 26.2 miles) or gathered in running groups to run as a collective. Add to that some of the other positives coming out of that day that were emerging — like the runners who finished the race and continued to run to Boston’s Massachusetts General Hospital to donate blood. Or strangers opening their homes to displaced runners and fans, or even this couple who got married at the end of their race. It’s heartening to see the good that comes from the bad. As I put out on Twitter the day following the attack:

“Want to support Boston? Go out and cheer at a running race — runners float on crowd support and races are happy, emotional & positive events.”

Tell us, have you laced up since Monday’s attacks?