Kids not into exercise? Drumming could be an option

Last week my column for the Los Angeles Times was kind of a big deal. I got to interview Neil Peart, the drummer for the band Rush, about his fitness regime and how he stays at the top of “best drummer” lists, even at 58 years old, by getting a lot of intense exercise. 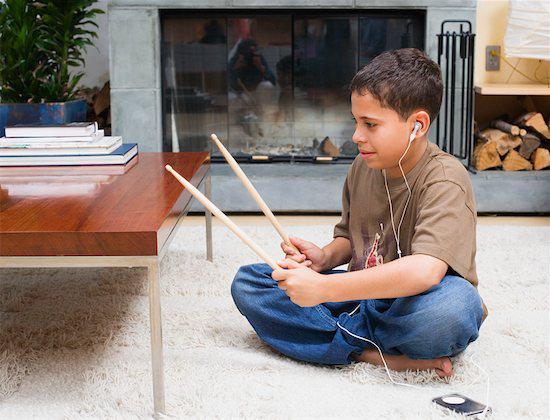 Last week my column for the Los Angeles Times was kind of a big deal.

I got to interview Neil Peart, the drummer for the band Rush, about his fitness regime and how he stays at the top of “best drummer” lists, even at 58 years old, by getting a lot of intense exercise. During the concert that followed the interview, the band joked that there were about seven women in the audience, “which must be a new record.”

What I’m saying is, I don’t expect you to be a Rush fan, or even to really know much about them. That’s not the point. Also, the fact that the column was immensely popular among us male Rush fans isn’t the point either. The point is that if you have a kid, male or female, who hates everything physical, then drumming could be a way to get them active. Here’s a clip from the column:

Peart thinks, with apologies to their parents, that drumming is a good physical activity for kids…Plus, he said, drumming is a way for young kids to build up stamina without risking injury from contact sports. And it’s a good choice for kids who hate sports but like music.

For parents dreaming of a golden child who captains the football team, a pierced and purple-haired teen pounding away on a drum kit may seem like a bad trade. But drumming is physically active and creative, and it beats having a kid whose passions are Doritos and Mario Kart.

I know what it’s like to have kids that want to play video games, and I have experience trying to pry them away from games. It can be a challenge. I’m regularly kicking my children out the door to ride their bikes, go sledding, or play cops and robbers with the neighbour kids. My son often laments that his two best friends are glued to a game called Halo, and he unsuccessfully tries to drag them away and get them to go outside with him.

If you’ve got a kid who needs an outlet, perhaps is lacking in friends nearby to play with regularly, and hates sports — or if you just don’t have time to be ferrying your kids to and from to various practices and games — then drumming could work.

Drumming doesn’t have to mean noise complaints and constant migraines, because you can get them an electronic set for less than the cost of hockey equipment. These things don’t make much noise when the volume is down and they can listen to their playing via a headset.

If you read the LA Times piece you’ll learn that it’s an incredible workout, but it’s also mentally stimulating and creative. And from a child-growth perspective, it sure beats playing video games. Even if that game is Rock Band.

Visit James at Body For Wife