There’s a great scene in the TV show Weeds. One of the main characters has breast cancer and freely uses her condition as an excuse for not keeping up with the other ladies in her yoga class. 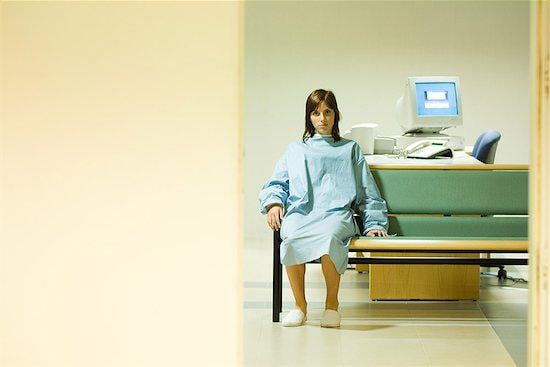 There’s a great scene in the TV show Weeds. One of the main characters has breast cancer and freely uses her condition as an excuse for not keeping up with the other ladies in her yoga class. When she asks them to cut her some slack because she has breast cancer, about four others in the class pipe up with “So, what? Me, too.”

Undeterred, she continues with, “Yeah, well, I had chemo.”

Again, she’s shouted down with “We had chemo and radiation.” And on and on and on.

I thought about that scene probably dozens of times in the last year, but not for its intended purpose as a biting satire of suburban one-upmanship running amok.

I used it to remind myself not to become too self-absorbed. Yes, I know that’s richly pot-kettle-black for someone writing a blog about her experiences, but I always tried to be mindful to never start thinking that my situation was more dramatic or more difficult than the next person.

Sadly, breast cancer — and cancer of any kind — happens to a great many people every day in this country. Some will get a better deal than I did; some will get a much, much worse one.

Hang around clinic waiting-rooms or cancer centers long enough and it’s easy to see. You look to your left and you think, “Wow, that person doesn’t seem like they belong here.” You look to your right and you think, “Wow, that person isn’t in very good shape right now.” The craziest part is that someone else is probably placing me somewhere on that continuum, too. Even crazier is how that spot can change over a short period of time. I’ve been the person who didn’t belong, the person in the middle, the person who looked scary bad, and, hopefully, now I’m back again to being out-of-place.

I quickly discovered that there’s always perspective, context, and balance to be found somewhere.

Relatively speaking, I got a very good deal on the cancer front. My diagnosis, ductal carcinoma in situ (DCIS), is the earliest-stage breast cancer one can get, sometimes referred to as “stage zero.” I was told that there would be surgery, but if my lymph nodes were clear (as was expected) I would avoid chemo. Given the circumstances, that’s just about the best news you can get.

The counter balance was that the DCIS was extensive and could not be properly excised via lumpectomy alone. A mastectomy was the only real option, and the decision was made to remove the non-diseased breast at the same time as a preventative measure, due to my relatively young age and how DCIS can often develop in the other breast over time.

I underwent bilateral mastectomies last December 22, and spent most of the holidays in the hospital. I had decided to proceed with an immediate reconstruction of my breasts. I liked the sound of it when the doctors said, “You’ll go to sleep with boobs and wake up with boobs.” I chose the TRAM flap reconstruction that used my own tissue (harvested from my abdomen) to remake my breasts.

The surgery went well and, as predicted, my lymph nodes were clear. The cancer was gone and it was another great break.

Within hours, the pendulum swung back again, and I developed a series of rare, I’m-not-smart-enough-at-math-to-even-calculate-the-odds-of-it surgical complications. Over the next few days, I had three more surgeries — ultimately my newly reconstructed breasts had to be removed as well. In short, my mastectomies had their very own mastectomies.

Despite my best efforts at rolling with the punches and keeping things in perspective, all the positivity and mind tricks in the world were no match for four surgeries, spending Christmas and New Year’s in the hospital, and still being 33 and breastless at the end of it all.

But then I remembered Weeds, the waiting rooms, and looking to the left and to the right.

I’ll bet some of those people would kill for their cancers to be operable, give anything just to be able to have surgery at all.

There’s that balance again. I had about five bad-luck things happen that each had about a one-percent chance of happening, but I still started the new year cancer-free. What more do you need, really?