The Johnson & Johnson Vaccine Is Approved. What You Need To Know 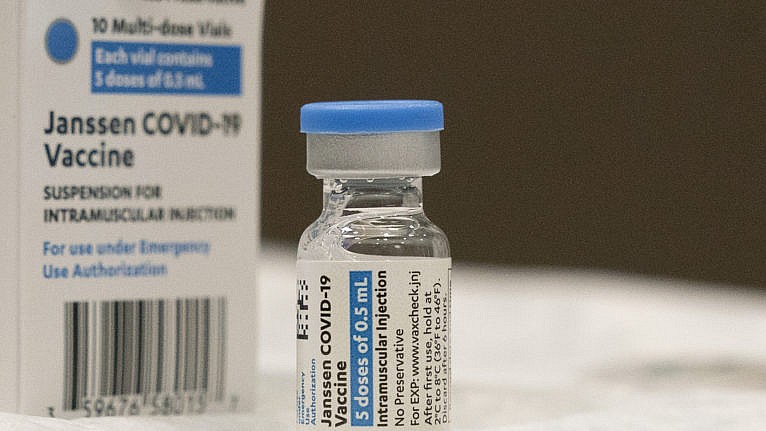 First, let’s sort out the nomenclature. The COVID-19 vaccine Ad26.COV2.S is technically the Janssen vaccine, as that’s the name of the division in Belgium of Johnson & Johnson where the vaccine was developed. But it’s most popularly known as the Johnson & Johnson (J&J) vaccine.

On March 5, Health Canada approved the J&J vaccine, making it the fourth COVID-19 vaccine to be given the OK for adults in Canada, following ones by Pfizer, Moderna and AstraZeneca.

The J&J vaccine is a single dose vaccine, unlike the other three, which need two doses to reach maximum strength. And that “one and done” factor means it will be ideal for vaccinating communities that are transient or at higher risk of not returning for a timely second dose, such as the homeless, or rotational workers. And it will be easier to administer for public health units, which won’t have to deal with the complicated logistics of giving second doses.

The vaccine, which was approved in late February for emergency use in the United States, is expected to play a big role in Canada’s vaccination program.

How many doses of the Johnson & Johnson vaccine do you need?

What is the J&J vaccine’s efficacy?


In trials, the J&J vaccine was found to be 66 per cent effective overall in protecting against moderate to severe COVID-19, 28 days after injection. That exceeds the efficacy standards of Health Canada, the U.S. Food & Drug Administration and the World Health Organization.

It was also 85 per cent effective against severe COVID-19 alone.

Of the roughly 45,000 people in the vaccine’s worldwide stage 3 trial—in which half got the shot, half got a placebo—464 people developed moderate–to–severe COVID-19 symptoms, Health Canada explained when announcing its approval. Of those 464 cases of COVID-19, 348 had received the placebo with 116 having received the vaccine. And there were five deaths, all from the placebo group, explained Dr. Supriya Sharma, Health Canada’s chief medical adviser.

There were regional variations among the trial volunteers around the world:

Johnson & Johnson is also in the middle of recruiting volunteers for a huge clinical trial of a two-dose J&J regimen, but results from that trial are still months away. (All the vaccine makers are continuing to research how their vaccines perform, testing age groups not included in their initial phase 3 trials (such as children) as well as seeing what happens if they alter the time between doses, and also tweak the vaccines in an attempt to bolster their effectiveness against the new variants of concern).

How does it differ from the previously approved vaccines?

The J&J vaccine is a viral-vector based vaccine, unlike the mRNA-based ones from Pfizer and Moderna. Here is Health Canada’s explanation for how those viral-vector vaccines work:

“These types of vaccines use a harmless virus (in this case, the adenovirus) as a delivery system. The vector virus used is not the virus that causes COVID-19. Adenoviruses are viruses that cause the common cold. There are many different types, including those that cause colds in humans and those that may infect other species. People have been using these viruses for decades to deliver the instructions for proteins.

Once injected into the body, the virus contained within the vaccine produces the SARS-CoV-2 spike protein. This protein doesn’t make you sick. It does its job and then goes away. Through this process, the body is able to mount a strong immune response against the spike protein without exposing you to the virus that causes COVID-19.”

Are there any safety concerns and how well does the J&J vaccine work for seniors and those with co-morbidities?

Johnson & Johnson said there were no significant adverse reactions.

Its efficacy on higher-risk populations appears to be comparable with other vaccines. Dr. Sharma says there were zero hospitalizations after the 28-day endpoint for trial volunteers who got the vaccine.

Importantly, J&J’s stage 3 trial included people in the higher-risk populations. Thirty-four per cent of the volunteers were over age 60 and 41 per cent had comorbidities “associated with an increased risk for progression to severe COVID-19.” Of the participants from the United States, 15 per cent were Hispanic, 13 per cent were Black, six per cent were Asian and one per cent were Indigenous people.

What are the advantages of this vaccine?

In addition to being a single-dose vaccine, the J&J vaccine has standard refrigeration storage requirements, like the AstraZeneca vaccine.

Adenovirus-based vaccines like the J&J COVID-19 vaccine and the AstraZeneca one, “are more rugged than mRNA vaccines from Pfizer and Moderna,” the New York Times explained. “DNA is not as fragile as RNA, and the adenovirus’s tough protein coat helps protect the genetic material inside. As a result, the Johnson & Johnson vaccine can be refrigerated for up to three months at 36–46°F (2–8°C).”

How many doses of the J&J vaccine has Canada ordered?

Up to 38 million doses, per a J&J announcement from August 2020. That would technically be enough to vaccinate all Canadians. The question is when those doses will arrive.