Is your antiperspirant giving you cancer?

When you get that not-so-fresh feeling, it's only natural to reach for some deodorant. But is it possible that your not-so-natural deodorant is killing you? 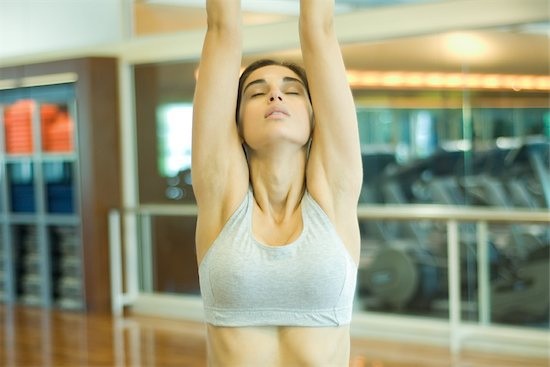 When you get that not-so-fresh feeling, it’s only natural to reach for some deodorant. But is it possible that your not-so-natural deodorant is killing you? Over at Time, Laura Blue tackles the issue of antiperspirants and cancer. Parabens, which are a major compound in antiperspirants, are found in many breast cancer tumours; but they’re also present in the tumours of women who don’t use antiperspirants.

Blue outlines the case against deodorants and antiperspirants: They’re applied in the underarm, near the lymph nodes where cancer cells like to congregate, and both parabens and aluminum – key ingredients – have been found in tumour tissue. But new research complicates the issue. Parabens (usually multiple types) are present in tumours regardless of antiperspirant use, which raises the issue of where the chemical is coming from. The answer could be connected to our varied use of all kinds of daily products – from shampoos, makeup, pharmaceuticals and even foods – many of which contain one or more paraben often acting as a preservative. It has not yet been established whether parabens cause cancer, and the breast tissue of women without cancer has not been analyzed for comparison. But once paraben has been absorbed by the body, it functions much like estrogen, which has been linked to an elevated breast cancer risk.

So what’s a woman to do?

I pay $17 a stick for fancy, all-natural deodorant from Sephora and it mostly works. But I still end up smelling like chicken soup on really hot days when I ride my bike even around the block. I’m really trying to make a switch to more natural products – not necessarily because I’ve seen any particularly persuasive scientific evidence, but because it seems like an intuitively good thing to do for my body. There’s also a great site – No More Dirty Looks – that reviews all-natural products and gives women options beyond the off-the-shelf, chemical-heavy items that most of us have been using for years. (And it can’t hurt that the two women who founded the site are total babes, clearly not suffering for their sacrifice of toxins.)