Is WiFi bad for your health?

Radiation can give life and take it away. Sunlight, therapy to kill malignant tumors, powerful x-rays, and radio waves are all forms of radiation. Lately, much has been made of the health risks related to another source of invisible waves: WiFi. 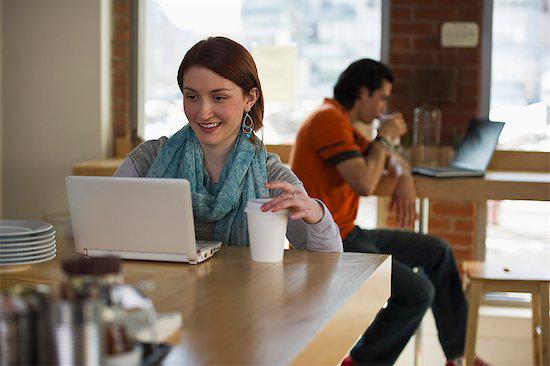 Radiation can give life and take it away. Sunlight, therapy to kill malignant tumors, powerful x-rays, and radio waves are all forms of radiation. Lately, much has been made of the health risks related to another source of invisible waves: WiFi.

In recent years, politicians and leaders in the health field have tried to do something about the perceived threat of exposure to radio-frequency (RF) electromagnetic fields, on which WiFi, cell phone networks, radio signals, microwave ovens, and cordless home phones depend. Public fears about RF fields may have hit a fever pitch when, last summer, the World Health Organization designated them as a “possibly carcinogenic” agent — alongside others like coffee — for which evidence of harm is uncertain. Since then, we’ve heard our nation’s doctors raise concerns about the health risks related to cell phones; politicians, such as Elizabeth May, warn publicly about the potential harms posed by WiFi; and frightened parents say they’d move their children away from the invisible threat, as schools impose bans on wireless internet.

But what do we actually know about the health effects of RF exposure — and, in particular, the health risks related to WiFi?

Different technologies give off different amounts of radiation, explained Dr. Patrizia Frei (PhD), a research fellow at the Swiss Tropical and Public Health Institute, who has conducted reviews on the health effects of RF exposure. “While mobile phones cause mostly localized exposure to the head,” she said, “WiFi usually causes far-field whole-body exposures which are usually much lower.” According to the UK’s Health Protection Agency, “the signals are very low power, typically 0.1 watt (100 milliwatts) in both the computer and the router (access point), and the results so far show exposures are well within the internationally-accepted guidelines from the International Commission on Non-Ionizing Radiation Protection.”

The agency also goes on to note that the frequencies used in WiFi are similar to those from FM radio and TV, and that RF exposure from WiFi is likely lower than that of mobile phones. A review of the evidence on wireless technology and health outcomes by Public Health Ontario stated, “Wi-Fi exposure are not only well within recommended limits, but are only a small fraction (less than one per cent) of what is received during typical use of cellphones.” (Read more on different types of RF exposures here).

Singling out WiFi as a threat, in isolation from other (higher intensity) RF sources, then, seems quite science-ish. And those who banned WiFi in schools should consider dumping radios, cell phones, TVs, and — why not? — some of the WHO’s other “possibly carcinogenic” substances, like coffee and baby powder.

Back to the science…

Let’s discuss what we know about RF exposure. The short answer: We have a pretty big pool of evidence to draw on, but the science is still working itself out and there are a number of methodological hurdles to overcome with regard to this type of investigation.

For starters, much of the research into the health effects of RF has focused on cell phones and brain tumors. The consensus here is that overall, there is no increase in the risk of glioma or meningioma with cell phone use, but there is evidence to suggest an increased risk of glioma at the highest exposure levels, which is part of the reason why the WHO’s International Agency for Research on Cancer (IARC) has said RF exposure is possibly cancer-causing in humans.

There’s less material on WiFi, even though, as noted, RF exposure from this source is lower than that of cell phones. For now, Dr. Joachim Schüz, head of the section of Environment and Radiation at the IARC, summed it up for Science-ish: “No adverse health effects in relation to (WiFi) exposure have been established.” (His sentiments are echoed by Health Canada and UK’s Health Protection Agency.)

But the dearth of good evidence about adverse health effects doesn’t mean we are in the clear. All the data we have are fairly new, since these technologies have only been ubiquitous for the last 10 to 20 years, and the way we live with them is rapidly evolving. When it comes to chronic diseases like cancer, Dr. Schüz noted, “induction periods between exposure and the onset of disease may be very long.”

Furthermore, there is no established biological mechanism for how RF fields at low levels would lead to adverse health effects. “Hence studies showing no effect only provide evidence against certain assumed mechanisms but it is difficult to rule out any possible effect,” said Dr. Schüz.

Lastly, there are the notable methodological limitations when it comes to the research into RF and its effects in humans. On cell phone studies, Dr. Frei noted that most so far have used a case-control design: researchers ask people with (cases) and without (controls) brain tumors about their mobile phone use in the past. “Do you remember when you started using your mobile phone for at least once a week?” Dr. Frei asked, noting that people with a brain tumor might be cognitively impaired and therefore have even more difficulty remembering. Other studies that looked at cell-phone subscription records have their flaws, too. “We do not have information on the use of an individual, we just know when they got or bought a mobile phone. So there are still limitations with regard to exposure assessment.” Plus, most of us live with so many RF sources, it’s difficult to study populations by levels of exposure.

After my year-end call for submissions, you told me you were most concerned about two things: whether WiFi poses health risks, and which is the most effective diet for losing weight, based on the evidence. Stay tuned for the second installment on diet next week.