Is losing a few pounds the answer to happiness?

So many women are obsessed with the idea of losing the "last five pounds." But will losing it really make you any happier? 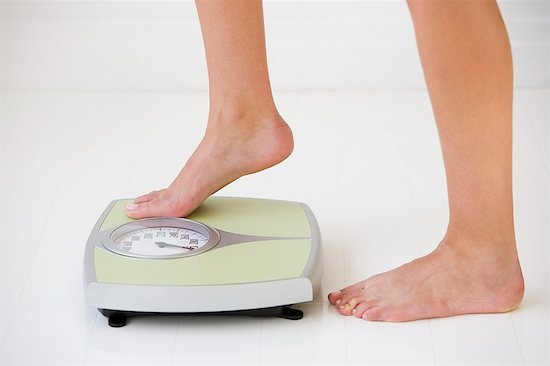 A recent story in the Daily Mail – Half a stone happier? by Jenny Dickinson – chronicles the author’s seven-pound weight loss and her insistence that her quality of life has significantly improved. When Dickinson was 31 and a size 14, she had a husband, great job, friends and family, a general appreciation for her body, and an otherwise successful and contented life. But, she says, something was missing – or, rather, she wanted for something to go missing, and that something was seven pounds. “It was irrational but, still, it was there,” she writes. She was even embarrassed to go into designer stores, afraid that assistants would laugh at her and instead bought up shoes and bags, which she never had to worry about squeezing over her hips. She kept wondering how life would be different if she were one dress size smaller.

So for two months, she took spinning classes, went running, lifted weights and ate less food. And what did losing seven pounds teach her? “The truth is that losing weight is equal only with lottery wins in the magical-things-that-can-happen stakes. I haven’t done the latter, but if you were to offer me a choice between the two, I’d need time to think it over.” Dickinson goes on to admit that her husband was nonplussed about her weight loss (her boobs got smaller in the process). But, because her clothes fit better and people kept telling her how great she looked, she now wants to lose another seven pounds under the rationale that thinner must always feels better.

Adopting healthier habits is something we should all strive for. And, hopefully, in addition to exercise, the author achieved her weight loss by eating more veggies, staying away from processed foods and cutting down on stress-inducing activities. But she doesn’t say. Moreover, she doesn’t talk about having more energy or sleeping better or a gaining rosy glow or lowering cholesterol or any of the other benefits healthier living is supposed to provide. But she can do up a zipper on a specific size of dress, and that is her definition of happiness.

There is an inherent dissatisfaction to this kind of weight loss. (Seven pounds? How about fourteen! Or twenty-one!) Women too often have a tendency to make their bodies their personal projects – and not in the healthiest ways. We have to ask ourselves what arbitrary weight loss is the answer to. Committing to a number – any number, whether it’s on a scale or on a sales rack – misses the point of what good health and being at peace with your body really means. But I believe the author when she says that losing weight made her happier, and made her feel like a more successful woman. “We look fine as we are, but as women, we have that almost genetic pre-programming to try to improve ourselves,” says Dickinson. “The key, though, is that a loss of this size is physically noticeable on most women, so it’s in the region that will gain us recognition for our efforts. And that’s where the real reward comes, because that’s what really makes us feel good — other people’s approval.” And if you believe that improvement for an otherwise healthy woman means a lower number on the scale, then you’re probably likely to derive some happiness from losing weight – though it might make you more tortured in the long run, as you fight against natural fluctuations and perhaps wonder just how much of your time and mental energy a few pounds should consume.