Is he cheating? Six telltale signs 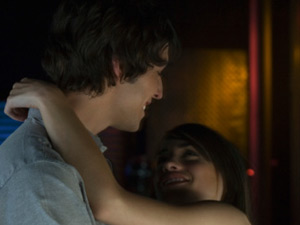 Most women would like to think that they’d know if their guy was cheating. So does that mean that women like Elin Nordegren, who seemed to be completely in the dark about the fact that hubbie Tiger Woods practically had a harem of women on the side, was simply daft? Sure, given his travel schedule and a protective entourage, he probably had an easier time keeping his cheating secret than the average dude but I don’t think it’s just his schedule and her obliviousness that made the news so surprising. I recently saw the movie The Other Man, starring Liam Neeson, a man in a seemingly perfectly happy marriage who then finds out his wife had a twelve-year affair that he was completely unaware of until after her death.

Ignorance is bliss
Most of us simply don’t expect our partner to cheat. And, even if we see it happen to other people, we want to believe that it would never happen to us. As a result, it can be easy to put blinders on and miss the signs, or not want to pay attention to them if we see them, because the idea of finding out that he’s cheating is too devastating to even entertain.

That whole trust thing
And most of us like to at least pay lip service to the idea of trusting your partner. Once you start rifling through his wallet looking for suspicious receipts or following him in his car to see where’s he’s going when he says he’s going to meet “friends,” it kind of throws that whole trust thing out the window. Especially if he’s completely innocent and you’re just being a paranoid freakazoid. Not feeling trusted by your partner is one of those deal breakers after awhile. And often has that self-fulfilling prophecy effect. If he wasn’t cheating before, suspect him enough and heck, he might as well, right?

Show me the signs
So, how do you balance that fine line of not being an overly suspicious snoop but not being so naively blind to the signs that you’re blindsided when you find out your guy is getting some on the side? There’s no need to turn into a CSI-level investigator but it’s important to be at least mildly aware of 6 of the telltale signs he may be cheating:

1. He changes his technology habits
He used to leave his Blackberry lying around and his email inbox open easily visible by you walking by. Now, he Blackberry is always tucked in a pocket or hidden away and his Email Inbox is closed and laptop lid shut tight. And if you start noticing cell phones get snapped shut and pocketed immediately when you enter the room or email gets clicked hastily closed as soon as you show up, he’s obviously engaged in some kind of communication he shouldn’t be.

2. He overcompensates
Some cheaters go out of their way to make you feel like he’s completely present in the relationship. This is done partly out of guilt but also in an attempt to make you less suspicious by being completely there for you (which backfires because it usually just make you suspicious). He’s suddenly taking out the garbage without you having to ask. He suddenly starts buying you little gifts just to “show you how much you mean to him.” If this is out of character for him, it’s a red flag.

3. He checks out emotionally
Some cheaters go the opposite route and start to “check out” emotionally from their relationship as a way of dealing with their guilt and because they think this will make it less painful (for both himself and you) if and when he does get caught. If he usually uses the pronoun “we” when it comes to the two of you – as in “We love that restaurant” – and you notice he starts using “I” a lot more, this may be him distancing from the idea of you as a couple. If you notice he’s removed the photo of you he had as a screensaver and replaced it with say, his mom, set your antennae on high alert.

4. “I’m just going out”
You notice he never tells you where he’s going unless you ask and then his response is something vague like, “I’m just gonna meet the guys,” or “I’m just gonna hit the gym” (and he doesn’t have a gym membership). When you press him for details, he avoids direct eye contact and suddenly starts rhyming off so much detail you could compose a short novel with it, he’s obviously rehearsed it. Stay on red alert.

5. “Work is crazy right now”
Yes, work can get crazy sometimes and you shouldn’t set a private investigator after him if he spend a few extra hours at the office after awhile. But, if you start hearing “work is crazy right now” a little too often you need to talk to him about changing positions or start wondering if he’s already working some new positions…with another woman.

6. He encourages you to go out more
He’s never suggested it before and suddenly he’s practically pulling out the pom-poms and cheering you on to get away with your girlfriends for the weekend or go spend some time with that long, lost friend on the other side of the country, I wouldn’t be packing my bags without perhaps arranging for a local girlfriend to, check in, ahem, I mean, drop by for a unexpected visit while you’re gone.