Is gossip good for you?

One of the things I like about traveling is that I don't have to throw a glance around any particular room before I engage in a little badmouthing. 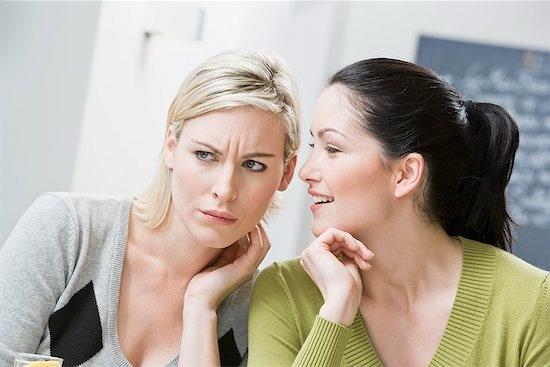 One of the things I like about traveling is that I don’t have to throw a glance around any particular room before I engage in a little badmouthing. If I want to gossip about someone getting too tipsy at a dinner party, someone making out very publicly, or someone I barely know but who seemingly makes bad choices, I can just dig in without worrying about being overheard. Why do I care in the first place? Because gossip is supposed to be inappropriate and, more often than not, at least a little mean spirited – even if most of us do it.

But is gossip really so bad? Not according to a recent study explored by Sora Song over at Time: The Upside of Gossip: Social and Psychological Benefits. The study claims that certain types of gossip can serve a social purpose beyond simply bringing people together in their casual judgment of others. “Prosocial gossip” – differentiated from the petty, catty forms of gossip that we seem to enjoy most – can help warn others about dishonest or untrustworthy people when driven by an altruistic intention.

In other words, if you spend a bunch of time comparing notes about how someone’s derriere goes unflattered in her regular wardrobe of yoga pants, you’re not really helping society. (Shocker!) But if you’re gossiping because you’re genuinely concerned about someone’s welfare, there are meaningful social benefits. The study’s researchers found that prosocial gossip can lower gossipers’ stress, prevent exploitation and promote more generous behaviour.

As with so much in life, when it comes to gossip, intent is everything.