Is eating out making our kids fat?

Eating meals outside the home is definitely part of the problem of childhood obesity, said a new study published in the Journal of the American Dietetic Association. 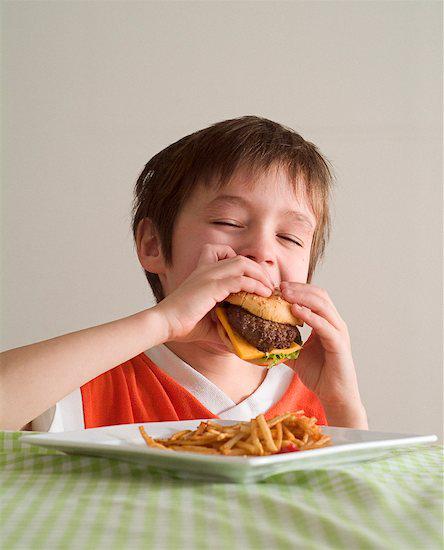 Eating meals outside the home is definitely part of the problem of childhood obesity, said a new study published in the Journal of the American Dietetic Association. Researchers looked at nearly 30,000 American children from 1977 to 2006 and tracked how much commercially prepared food they ate, including fast food, take out, restaurant meals and pre-packaged supermarket meals.

The results: Commercially made food now makes up one-third of our total calorie consumption, up 31 percent from 1977. And during that same period, kids and teens ate 179 more calories a day.

Thinking that’s just another case of American obesity that doesn’t apply to us? Think again, says Bob Ross, professor at the School of Kinesiology and Health Sciences at Queens University. “We have nothing to teach our American colleagues — we are in as bad if not worse a position, we have the fourth or fifth highest prevalence of childhood obesity worldwide…we’re horrendous. I often wonder why we don’t view it as an outrage.”

Convenience foods are more likely to be filled with sugar, salt and fat and higher in calories, and less likely to contain fresh fruits or vegetables. “We live in a society that demands things quickly and efficiently — some people call it the microwave society, some people call it the obesogenic society. We want food cheap and we want to eat it quickly. We see fast food industry doing very well thank you and providing us very calorically dense foods very quickly and very cheaply.”

South of the border, there actually has been quite a bit of discussion recently over eating out for children: McDonald’s responded to public pressure by making their Happy Meals healthier — cutting the number of french fries in half, and including a fresh fruit or veggie in every meal in the U.S. And earlier this month, 19 American restaurants, including Burger King, pledged to include healthier options on their kids menus.

Need help weaning yourself off convenience fare? Try some of our many healthy, 30-minutes-or-less recipes, or get into the habit of cooking big-batch meals on Sundays and freezing them.