Is COVID More Serious In Kids Today Than It Was When The Pandemic Started?

We were told COVID is mild in kids, but news of a 13-year-old's death sparked renewed fears among parents. 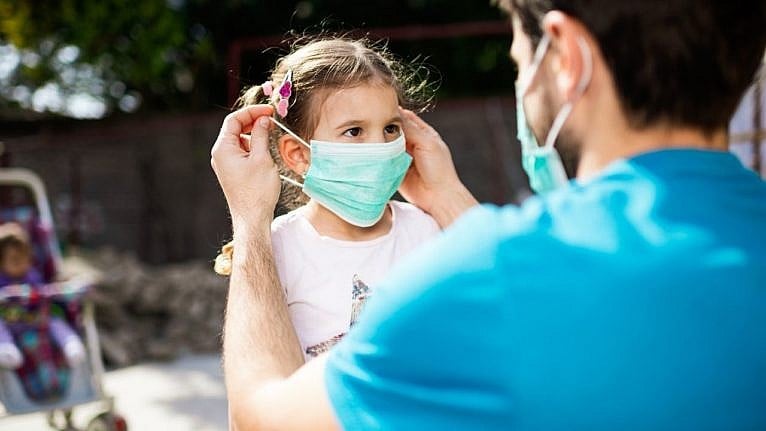 The news that a 13-year-old girl from Brampton, Ont. died in April from COVID-19 brought parents’ worst fears bubbling to the surface: with new COVID-19 variants and a third wave of the virus spreading across the country, should we now be more worried about our children falling ill or dying?

The short answer is no, says Jeremy Friedman, associate paediatrician-in-chief at Toronto’s SickKids Hospital. “I don’t think that parents should necessarily be any more worried.” That’s because even with the variants spreading in Canada it is still rare for children to get extremely ill, and rarer still for them to die from COVID-19.

He adds that while his hospital is seeing more admissions due to COVID-19 now than in earlier waves, the number of kids hospitalized is still very small—about four to five at any given time—and more likely a result of increased spread in the community than a more dangerous form of the virus. (As of May 6, there were nine paediatric patients at SickKids.)

How many kids have gotten COVID-19?

As of April 30, 2021 there have been about 219,000 cases of COVID-19 in people 18 and under, representing 18 percent of the total cases in Canada. However, only 851 people in this age group—which makes up roughly 20 percent of the population—have been hospitalized for COVID-19 symptoms across Canada since the pandemic began. That works out to 1.7 percent of the total hospitalizations for COVID-19. There have been 145 kids admitted to the ICU (1.3 percent of total ICU admissions), and nine have died, including a baby and toddler in B.C. and a 16-year-old in Quebec.

This correlates with data from abroad. A Lancet report released in May 2021 reviewed fatality stats from seven countries (U.S.A., U.K., Italy, Germany, Spain, France, and South Korea) and found that there were 231 COVID-related deaths in kids between March 2020 and February 2020 out of a combined population of 137 million people, or 0.17 per 100,000 people.

Although new variants of COVID-19 are more transmissible, resulting in more cases among kids, another Lancet report, this one published in February, didn’t find evidence of more severe disease among children in England’s second wave, where the B.1.1.7 variant was prevalent.

Should parents be more vigilant now?

While fatalities and severe illness are relatively low-risk in children, they can still catch it, particularly if they live in an area with high community spread or have family members working in high-risk occupations. It’s important to continue to follow the public health guidance in your area and watch your kid for symptoms.

Saba Merchant, a paediatrician and director of Maple Kidz Clinic in Vaughan, Ont., says it’s especially important to exercise caution for children with pre-existing medical conditions. Kids with obesity, asthma, and those who were born premature (preemies have a higher chance of having health complications) top her list of ailments to be the most concerned about, but with anything that compromises the immune system – cancer, diabetes, neurological disorders, down syndrome, etc. – parents should be extra vigilant.

How to know your kid’s COVID-19 symptoms are serious

If your kid does get COVID, the majority of time their symptoms can be managed at home. Try to keep them comfortable, give them lots of fluids and, if they are feeling feverish or uncomfortable, you can give them ibuprofen or acetaminophen.

In terms of when they need to see a doctor: “The top three warning signs on my list apply to any viral infection,” says Merchant. “Struggling to breathe, lack of appetite or interest in drink, and lethargy.” Difficulty breathing can either look like taking rapid breaths, or struggling to take in a breath. For younger kids, dry diapers are a warning sign.

Friedman adds that parents’ intuition is also a powerful tool. “If you feel there is something wrong with your child, you shouldn’t hesitate to seek medical attention.”

Until more adults are vaccinated and case counts come down in the community the safest plan is to carry on as we have for the past year and a bit: maintain social distance, wear masks when inside public spaces or in crowded outdoor areas, and wash our hands.