Is Coffee Good For Your Health, Or The Worst Thing Ever?

A recent study looked at the connection between coffee and a whole host of health outcomes. Here are the takeaways. 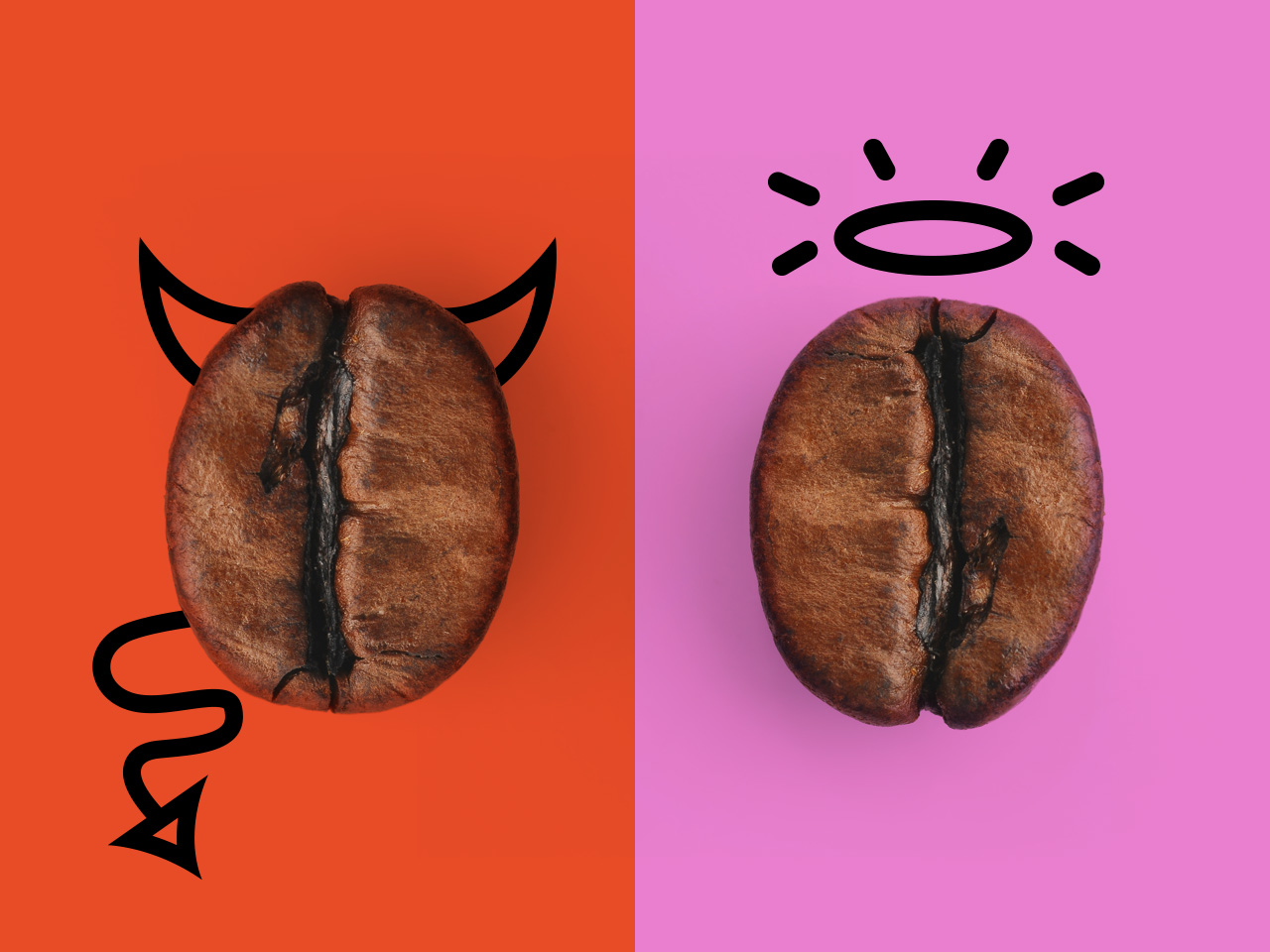 A recent study out of the U.K. offered reassurance for people addicted to morning (and mid-morning, and afternoon) coffees. The review, published in the British Medical Journal, looked at the evidence around coffee and health, and found that people who drank three to four cups a day were significantly less likely to get cancer, have type 2 diabetes or die from cardiovascular disease.

Bottoms up, right? Except that, over the last 20 years, there have been thousands of studies that dig into coffee’s effect on health — and seemingly every month, a new headline declares that coffee is either terribly bad for us, or keeping us alive. With the BMJ study, you’d be forgiven for thinking, “Oh sure, today coffee is good. Yesterday it caused cancer and was bad for your heart. I think I’ll wait to see what they say tomorrow.”

That sort of back and forth is common in nutrition research. It’s difficult to control all other factors that go hand in hand with our food choices, which makes it near impossible to prove a direct causal link between any one food and an outcome. And often small, problematic studies get as many headlines as larger ones, adding to the confusion.

But the BMJ study is worth paying attention to — it analyzed over 200 reviews of the evidence around coffee and health. Here’s what it found about the link between coffee and a whole range of health outcomes.

Another key benefit was lower cancer rates. According to the review, those who drank three to four cups a day were 18 percent less likely to get cancer, especially leukemia and cancer of the prostate, endometrium, skin, and liver. There was one exception: Smokers who drink coffee were found to be more likely to develop lung cancer — but the same didn’t apply to non-smokers.

The review found that people who drank the most coffee were 30 percent less likely to develop type 2 diabetes. In fact, every additional cup of coffee people drank per day — up to a whopping six a day — was related to a lower risk. If six coffees a day seems a little insomnia-inducing, be comforted by the fact that people who drank decaf saw the same drop.

It is, however, possible to sabotage that beneficial effect if you have a habit of ordering double doubles, or specialty coffees. High calorie and sugar intake can lead to a higher risk of weight gain and type 2 diabetes. “Some of these coffees are almost the equivalent of a full meal,” says Maria Ricupero, a registered dietitian who works for Toronto General Hospital. “It’s pretty incredible: you could be getting 500 to 800 calories in those flavoured drinks.”

Coffee and your bones

If you’re someone who’s vulnerable to fractures (for instance, if you are over 50 or have osteoporosis), take note: Women who drank more coffee were 14% more likely to break a bone during the duration of the studies. (Men were less likely to do so.) The reason why is unclear — and the researchers pointed out that the studies they reviewed didn’t adjust for potentially important factors in bone health, including calcium intake and BMI. But it’s still a bit worrying. “As a dietitian, I would definitely mention this link to anyone who is post-menopausal,” says Ricupero.

The study backs up previous findings that indicate drinking more coffee is associated with miscarriage, a lower birth weight in babies, and preterm birth in the first and second trimesters. If you’re pregnant, it may be best to stick to Health Canada’s recommendation of less than 300 mg of caffeine a day — about two small cups of coffee.

While this research seems largely set in the “coffee is good for you” camp, there is still a caveat in that the studies surveyed were observational — and while they try to account for all factors that might confuse the results, there is always the chance they’re not controlling for something important.

The conclusion from the researchers themselves? While coffee shouldn’t be recommended as a preventative measure against chronic disease, or consumed purely for health reasons, a two-cup-a-day habit is “more likely to benefit health than harm it.”