In August 2010, we introduced you to Elana Waldman, a young mother with ovarian cancer. For the next three years, she shared the ups and downs of living with the disease in a very personal video blog. Here, we remember her story. 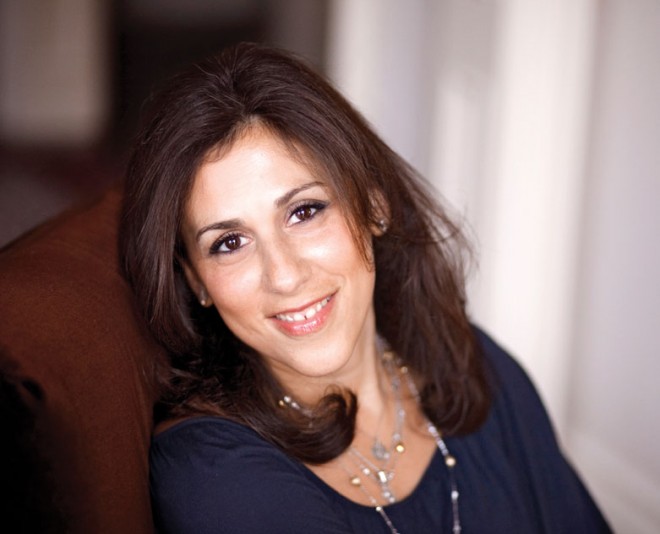 During her time with us, Elana invited our readers inside her life, sharing her struggles with chemotherapy, her worry over how her young daughter was coping with her illness and the joy she felt spending every spare second she could with her family. On June 4, 2013, Elana’s journey ended. More than 1,500 people attended her memorial. Here, her friend Leigh Himel offers a heartfelt farewell:

The first time I saw Elana was in a video her husband, Mark (a high school friend of mine), posted on Facebook. Elana was speaking to an audience about getting married, giving birth to a beautiful daughter, Sydney, and then, devastatingly, being diagnosed with stage 3C ovarian cancer at the age of 32. She needed chemotherapy and had only a 30 percent chance of making it to her 37th birthday.

In the video, Elana says, “People don’t know a lot about ovarian cancer. Why? Plainly speaking, because there are just so few survivors.” Survival rates are low because warning signs (like stomach bloating and frequent urination) are often chalked up to other conditions. As a result, many cases aren’t diagnosed until the disease progresses. This is why it’s called the cancer that whispers.

Elana always told it like it was: shocking but honest. After watching the video, I couldn’t get her words out of my head and woke up one morning with an idea to help get her message out. I decided to launch It’s Time to Shout, a website dedicated to raising awareness about ovarian cancer and funds for early-detection research. 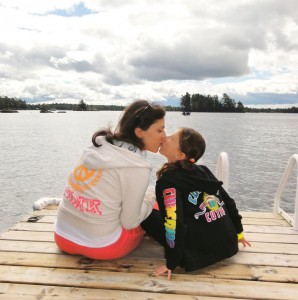 Elana with her daughter, Sydney

When I finally met Elana in person, she wasn’t what I’d expected. Instead of looking sick, she was beautiful, vivacious, filled with spark and excitement. And she was ready to get down to business. Right away she wanted to know the plan for It’s Time to Shout, and how to make it so big and loud that it would be impossible to ignore the cancer that whispers.

As with so many of her projects (fundraising for Princess Margaret Hospital in Toronto and Hunt for the Cure, to name a couple), Elana miraculously turned her personal devastation into a public mission.

She had this uncanny ability to connect with strangers. She could touch you so profoundly that you just knew you had to join her cause, share her message and support her mission to save lives in any way possible.

In spite of all the challenges, or maybe because of them, Elana was an optimistic and upbeat person. She felt strange revealing things so publicly, being vulnerable and exposed to so many people, but she did it anyway. 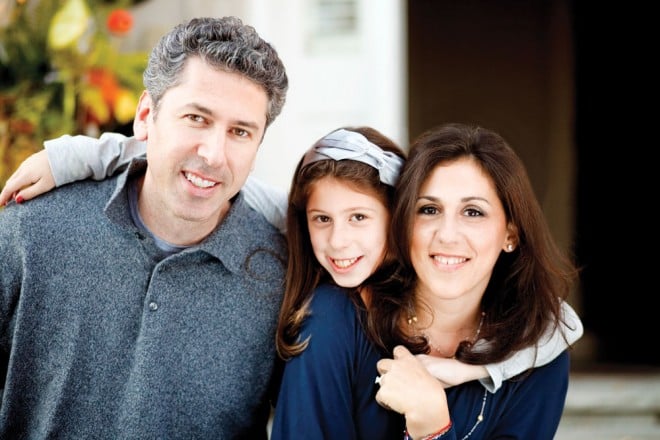 Elana Waldman with her husband Mark and daughter Sydney

In one recent blog post, after sharing news that her current treatment had stopped working and she’d have to try other options, she wrote: “ Why shouldn’t I continue? Someone has to make up that statistic of survivors — I say, let it be me.”

As much as she never showed an ounce of outward indication that cancer might beat her, she privately prepared Mark to one day bring up their daughter without her. Mark says he carries with him a metaphorical WWED (What Would Elana Do) bracelet to guide him.

After two years of working on the Time to Shout project, my sister and I were tested for BRCA gene mutation (which is linked to breast and ovarian cancer — with a high occurrence in the Ashkenazi Jewish populations — and the one that affected Elana). I tested negative, my sister did not. I believe our awareness of BRCA through Elana’s story will, in part, help save my sister’s life.

When I told Elana about being drawn to her story, and we discussed how strange the world is, she paused and said, “You know, Leigh, sometimes you don’t choose things, they choose you.”

She was right. Elana’s story had chosen me, touched me. I’m proud to have been one of her many supporters along the way. She changed so many lives, saved so many lives. Now we must continue her legacy into the future.

We can’t whisper ever again. We need to shout.

To learn more about Elana’s life and It’s Time to Shout or read the archive of Elana’s posts click here.