How you can fight as a couple and still be happy

You know that couple. You’ve overheard that couple. Maybe you’ve even been that couple: the one not-so-quietly griping on the sidelines of a birthday party. 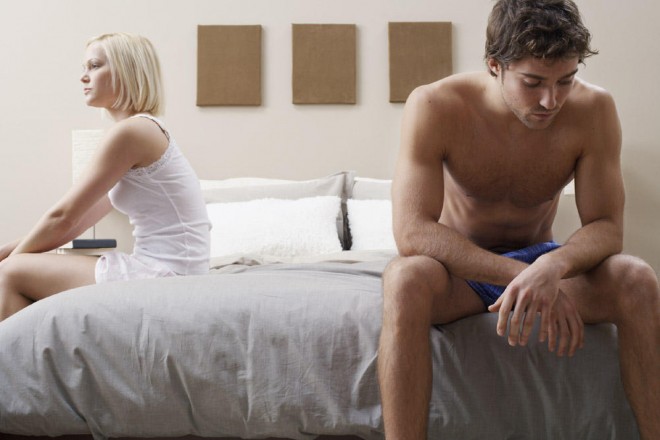 You know that couple. You’ve overheard that couple. Maybe you’ve even been that couple: the one not-so-quietly griping on the sidelines of a birthday party. Or the one arguing loudly by the bathroom at the bar you’re all hanging out at. Sammi and Ronnie, anyone?

As it turns out, just because couples are of the fighting kind, don’t presume they’re unhappy. (Although really I’d beg to differ when it comes to the drama Jersey Shore couple.) Couples who are “high-conflict” can also be “high-happiness” (so moderate to high levels of satisfaction) partnerships, notes a new study in the Journal of Family Issues. “Just because you have a lot of conflict together doesn’t necessarily mean you’re unhappy. Marital happiness is separate from conflict,” says Claire M. Kamp Dush, assistant professor of human development and family science at Ohio State University and lead researcher with the study. “Marital psychologists like to call them the ‘operatic marriages’ where people yell a lot and that kind of thing. So they can be happily married but still be high conflict.”

So what predicts a happy marriage? Kamp Dush looked at two types of marriages: those with high-conflict and satisfaction and those with little conflict and satisfaction. “Two things that predicted better marriages were sharing decisions equally with your spouse and the partners helping out at home,” she says. “What predicted being happy in a low-conflict kind of marriage were both believing that marriage should last forever and being religious — so perhaps since they believed they should last forever, they kind of avoided that conflict or picked and chose their battles more than the high-conflict marriages.”

Of course, let’s be clear — high-conflict doesn’t extend to those fights and relationships where belittling, disrespecting, demeaning or abuse is involved. But this study can open our eyes to recognize that there are a variety of marriages out there. “There’s not one perfect marriage or one perfect marital quality to have. There are lots of different kinds of marriages that people make work,” says Kamp Dush. “The key is really to try to have healthy conflict — it’s okay to have arguments in a marriage and it doesn’t mean your marriage is doomed. It’s just that you have to work through those arguments and maintain positivity.”

Think of it like this, she explains: You should treat your marriage like a board — you can put nails in it but even when you pull the nails out, there are still holes there. “So you want to make sure that you’re not putting a lot of holes in your marriage and that you’re treating it as something that’s important and needs to be taken care of.”