A new study looks at the relationship between distance away from home and the language we use to describe it. 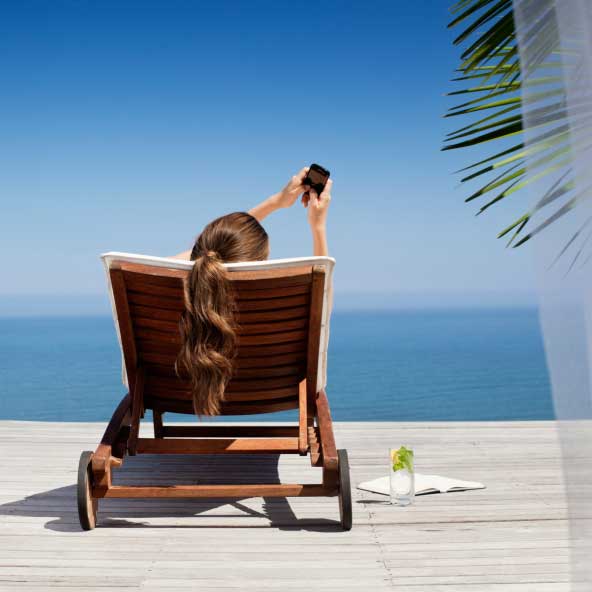 Personally, I’m always amazed when people are on social media or email when they’re on a trip far from home — but maybe that’s just me.

I’m of the mind that the phone should be put down — Facebook and Twitter updates put on hold — to enjoy the happy place that is your vacation. That means instead of getting updates on your office gossip via Facebook, picking up the fruity drink, listening to the ocean and being blissfully unaware of commuting battles and looming deadlines (seems easy enough no?).

Yet, for those who do choose to travel with phones firmly planted in hand, it turns out that — to no surprise — the farther away from home they go, the happier their Tweets become. Researchers at the University of Vermont’s Computational Story Lab examined some 37 million geolocated tweets to follow the travel patterns of 180,000 people and found distance reflects happiness.

Chris Danforth, an associate professor with the lab and lead study researcher, notes that for every factor of 10 farther away from home people are, their happiness (in the words they Tweet at least) increases by one percent. And in turn, that happiness was expressed by using more positive words in their communications, such as ‘great’, ‘new’, ‘hahaha’ and relying less on negative words ‘hate’, ‘don’t’, ‘mad’ and ‘never’.

“That was the main contribution to our findings in the study — that words authored far from home have a higher average happiness count, in fact, from the relative lack of negative words,” notes Danforth. “And our findings confirm our intuition that novel experiences produce elevated emotional states.” However, he does note that the study tends to measure more in-the-moment situational happiness than long-term effects.

So what can we take from this to help increase our own happiness? Danforth has simple advice: “Take a vacation!”

Though we’d suggest also putting down the phone.