How to survive (and help someone who's having) a heart attack 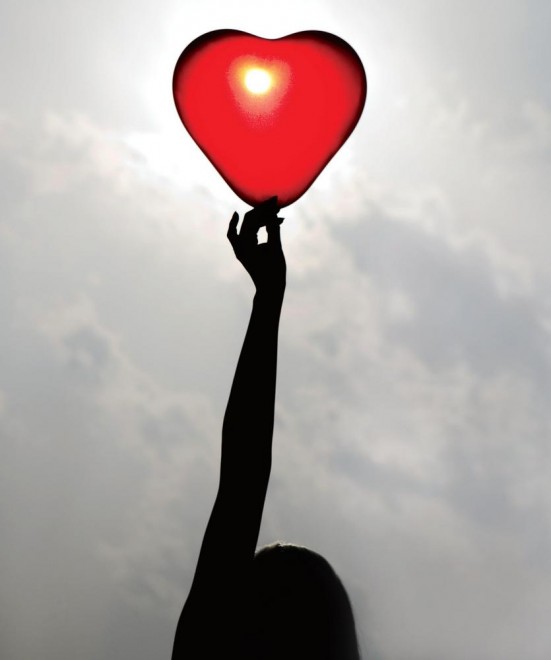 July 9, 2009, started out like any other workday for Traci Wells. The 40-year-old senior-level manager at a large media organization in Toronto recalls standing in line at the coffee shop in her office building, feeling pretty much the same as she normally did. But this time she didn’t end up back at her desk, drink in hand; instead, she woke up in the hospital, lucky to be alive after suffering from cardiac arrest — a life-threatening situation in which the heart stops beating. You have only minutes to get help.

Traci has no recollection of the event, but, according to co-workers she spoke to afterwards, she collapsed suddenly and wasn’t breathing. “Apparently, my face was grey,” she says. Luckily, the people around her reacted quickly — one person called a doctor and others tried CPR while they waited for help to arrive. It was the defibrillator the on-site nurse used at the scene to shock Traci’s heart back into beating that saved her life.

“I definitely wouldn’t have survived without the defibrillator,” she says. “I was unconscious for over four minutes. A few more, and I would have had irreversible brain damage. Even today, I can’t remember much of the incident or the days before it happened. When I was in the hospital, I found I had to ask the same question a hundred times.”

Time and place can mean everything when it comes to surviving a cardiac arrest: If Traci’s accident had happened 10 minutes earlier, she’d have been walking to work alone and might not have been so lucky. The amount of time it would have taken for a random passerby to notice her, react and call 911 for an ambulance carrying the defibrillator she needed, would likely have been too long.

“You have about four to six minutes before brain damage sets in,” says Farida Jeejeebhoy, a cardiologist at Mount Sinai Hospital in Toronto and co-author of the 2010 American Heart Association Guidelines for Cardiopulmonary Resuscitation and Emergency Cardiovascular Care, published in the journal Circulation.

This means that if you witness someone collapsing — and the person appears to have no pulse or isn’t breathing — you need to act fast. Even if you’re not trained in CPR, you can still do chest compression to help blood circulate artificially.

“If you’re not sure where to put your hands or how fast or how hard to push, the 911 operator will walk you through the process. People need to be aware that even chest compression alone is good enough,” says Andrew Travers, an emergency-room physician in Halifax and spokesperson for the Heart & Stroke Foundation of Canada.

An ambulance came and took Traci, still unconscious, to Toronto General Hospital for treatment. When she opened her eyes at the hospital, all she saw were faces shocked that she was alive. There are 45,000 cardiac arrests in Canada each year, and fewer than 5 percent of people who suffer one outside of a hospital survive. Not knowing what had happened, she said, “Don’t you know that I have a meeting? I have to be back at the office.”

How did Traci, your typical successful career woman, end up in cardiac arrest? While she admits she was a few pounds overweight, it was nothing she or her doctor was concerned about. In terms of general heart-health risk factors, she smoked and was in a high-pressure job at a large company, but she doesn’t think any of these factors led to her cardiac arrest.

“I spent 10 days in the hospital, where the nurses told me I was one of the healthiest sick people they had ever met,” she says a little wryly. In fact, her doctors found no heart damage whatsoever. Puzzled, they did test after test on her, until they concluded that Traci was a rare case. Travers, who did not treat Traci, says her heart may have a hereditary condition.

Fortunately, the average person does not need to be anxious about suffering a cardiac arrest. Travers says that while cases exist like Traci’s, with no indications of pre-existing heart problems, there are also factors and signs to be on the lookout for.

“First, if deaths have occurred in your family from cardiac-related problems, make sure you tell your doctor and ask for appropriate tests,” he says. “If you’re a young person who suffers from unexplained fainting episodes, ask to be monitored for an abnormal heart rhythm.” Another factor that may lead to cardiac arrest is coronary artery disease. In all these cases, Travers also recommends sitting down with your family doctor and a cardiologist to map out potential risks and then create a personalized prevention plan.

An important distinction to understand is that cardiac arrest and heart attacks are not one and the same. In a cardiac arrest, your heart actually stops; in a heart attack, the heart continues to beat, but the blood flow is constricted by a narrowing of the arteries or a clot. Depending on the size of the blockage in the heart, an untreated heart attack can sometimes lead to cardiac arrest — but doesn’t always.

While covering the 2004 elections in Montreal for Maclean’s, photographer Peter Bregg, then 55, suffered a heart attack — only he didn’t realize it at the time. “I covered the prime minister’s press conference, then ran a few blocks back to the hotel. While I was crossing the street, I felt my chest tighten. My lungs were burning and I literally couldn’t breathe. I sat down on the curb and thought, ‘What’s this? I’d better go see my doctor soon.’”

It never even entered Peter’s mind that he had just experienced a minor heart attack. The next day, back at the magazine’s office in Toronto, he started to feel funny again. “This time, I thought I’d better go to my desk to sit down and get past this, but when I got there, it was getting worse rather than better. I called security and gave them my location.”

When the security guard found Peter slumped at his desk, he immediately had someone call 911 and started using the defibrillator he’d brought with him. Peter’s heart was still beating, so he didn’t require any electrical shocks, but the defibrillator collected information, such as his heart rate. The emergency-response team took Peter to Toronto General Hospital. He had triple-bypass surgery two weeks later.

For Peter, the heart attack was caused by cholesterol buildup in his arteries, likely due to a genetic predisposition. His doctor had seen that his numbers were rising, but told Peter they hadn’t reached dangerous levels yet. “I wasn’t a bad eater and I didn’t drink,” he says. “I drink more red wine now than I did before, because someone told me it’s good for my heart. I never smoked in my life. I don’t have diabetes.”

Peter’s advice: Never ignore chest pain combined with shortness of breath. Instead, see your doctor immediately and stress your symptoms to the point where doctors get worried enough to give you the tests you need. And be persistent. Jeejeebhoy agrees: “Thousands die every year because they don’t seek medical attention soon enough.”

As Travers puts it: “One common risk factor is complacency. People dismiss things they shouldn’t. They have ischemic heart disease and mistake it for indigestion, for example. Or there’s the family that has four undisclosed sudden cardiac arrests in their history. Health-care workers can engage a plan only when they know the full picture.”

For women, heart disease is the number-one cause of death in Canada. “Heart disease and stroke kill seven times more women than breast cancer,” says Jeejeebhoy. “And it’s important for younger women to realize that the lifestyle choices we make in our 20s and 30s make a difference.”

When it comes to ensuring your heart’s health, there’s good news and bad news. There are some risk factors that you simply can’t control, including ethnicity, age and gender. People of First Nations, African and South Asian descent seem to be at greater risk. The chance of heart disease goes up in men over 55 and in post-menopausal women. Women getting close to menopause should also be extra-conscious of their health: Estrogen has beneficial effects on cholesterols, raising HDL (good cholesterol) levels while lowering LDL (bad cholesterol) levels.

Thankfully, there are risk factors you can manage, including blood pressure, bad-cholesterol levels and how you deal with stress. Regular exercise also has a positive impact on heart health. “People have to make moving a priority,” says Jeejeebhoy. “Ongoing physical activity is essential, no matter what your age. It reduces cardiovascular risk. I see it in my practice: People who remain active have fewer health problems. We know from studies that their risk of early mortality is lower.

“No one expects you to do marathons, but just get out and do regular cardiovascular exercise — walking, cycling — something that gets your heart rate up. Of course, speak to your doctor before you engage in an exercise program that’s new to you.”

Today, Traci’s outlook on life has changed. Exercise is a priority. She takes a brisk walk for an hour every day, sees a trainer twice a week and swims at least twice a week. She’s dropped four dress sizes and lost much of her desire to live for her career. In fact, Traci left her job last September and speaks on behalf of the Heart & Stroke Foundation. She still indulges in the “occasional” cigarette or eats something that’s “bad” for her — but life is not made for TV, she says. “I’m in a good place. I’m going to balance my life so that a job will have to fit me.”

Check out Chatelaine’s five signs of heart attacks in women, and what to do if you – or someone around you – is experiencing an attack.