How to stop inflammation

Chronic inflammation can cause countless health problems. Here are the triggers to look out for and tips on how to tame the flame 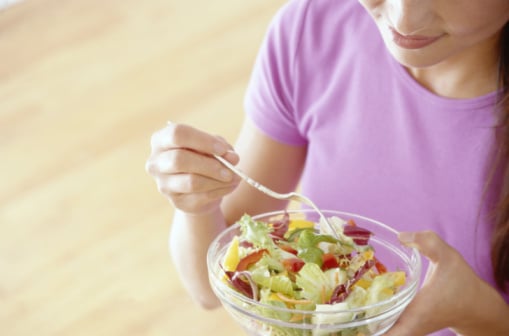 Did you know that chronic inflammation is the only common link between cancer, Alzheimer’s, Parkinson’s and heart disease? Researchers describe it as “the fires within” and they’re referring to the way inflammatory proteins break down tissues and organs.  So how can we reduce inflammation in our bodies?  Here are the three triggers to look out for and the two best inflammation crushers to go for:

Rubin Naiman, sleep specialist and clinical assistant professor of medicine at the University of Arizona’s Center for Integrative Medicine, points to a whack of research that links sleep debts to a rise in cortisol levels and inflammation biomarkers. And it goes both ways. “Sleeplessness increases chronic inflammation,” Naiman says, “but chronic inflammation also increases sleeplessness.” Our bodies should do exactly what the planet does when the sun goes down, says Naiman. “All of the heat absorbed during the day should dissipate and steadily decrease throughout the night before reaching its lowest point just before the dawn and coming back up,” he says. “Sleep is a release of energy.” Scientists have found, though, that people suffering from sleep disorders don’t get cool enough at night because they’re inflamed. In some cases, their body temperature literally qualifies as a fever state (over 37ºC), says Naiman. Naiman has a few tips for those who suffer from the occasional bout of insomnia and are looking for ways to get a better night’s sleep:
Cool the room: Lower your thermostat at night to around 20 C.
Turn off the TV: A little TV humour is okay before bed, but avoid being “dramatized” by one-hour police shows or murder mysteries. Save those for the day, says Naiman. At night you want to create a release of energy, not a buildup.
Unplug your brain: Don’t take or make any phone calls or fire off any emails one hour before sleep.
Prep for rest: Use your pre-sleep hour to read a book or practise simple relaxation techniques like meditation and gentle yoga.
Set your alarm: Move your clock to somewhere you can hear it, but not see it. And if your clock has a digital display, ditch it. “Even the small amount of light from clock radios can trickle through closed eyelids, suppressing melatonin production and disrupting sleep,” says Naiman.

Have you been burned by love? New evidence shows that stress from personal relationships directly impacts our body’s inflammatory response. In fact, love gone wrong can sometimes be as bad for the body as smoking, obesity and hypertension. And, once again, women are more at risk than men because we produce more of the stress hormone cortisol than they do, and it does more damage in our bodies. Recent studies showed that women with lower marital satisfaction experience a more rapid progression of inflammation-related disorders like carotid atherosclerosis (a vascular disease affecting the arteries to the brain), arthritis and metabolic syndrome, which can lead to heart disease and diabetes. Part of this is because trusting, supportive relationships can inspire health-promoting behaviours, including better eating habits and romantic walks together, while unsupportive relationships can result in cancelled trips to the gym, more sleep disturbances, Häagen- Dazs binges and higher rates of smoking and drinking. But it’s even more subtle than that: Often, our expectations about the availability and responsiveness of our partners can influence how the body reacts to stress, especially when expectations fall short. This can lead to depression, which studies show makes us more vulnerable to infection, fuels inflammatory production and may slow down the healing process. One 2009 study from Ohio State University also found that how we love directly affects our immune systems. People who avoid conflict or withhold love (an act dubbed “attachment avoidance”) have higher levels of inflammation than those who are less evasive. In other words, experiencing your feelings, working through your problems and being open-hearted is better for your body and psyche than bottling up your feelings or pushing someone away. What’s more, when women avoid intimacy their cortisol levels spike—along with their risk of chronic inflammation.

“The old ‘Brush your teeth’ should really be ‘Clean your mouth,’” says Howard Tenenbaum, head of research in the Department of Dentistry at Mount Sinai Hospital in Toronto. Ever since a bidirectional link was discovered between gum inflammation and Type 2 diabetes, and, possibly heart disease, periodontists have been sharing patients with endocrinologists and cardiologists. “We now know that treating periodontal disease—swollen and inflamed gums that bleed easily and may have a slightly bluish tinge—can improve the clinical course of diabetes,” says Tenenbaum. Although rumour has it that cleaning your mouth properly can also ward off heart disease, here the evidence is more tenuous. “There’s a strong possibility of a link,” says Tenenbaum, “but we don’t know for sure.” So why is a clean mouth so vital to our overall health? “It’s the only area of the body where a structure—the teeth— perforates the skin,” says Tenenbaum. “It’s a weak spot and a breeding ground for bacteria.” When gums are diseased they spill a whole array of cytokines into the bloodstream. Flossing and using a soft brush in circular motions along the gum line is key to eliminating bacteria and warding off inflammation, but so is brushing your tongue and sweeping the bristles over the insides of your cheeks. Tenenbaum recommends toothpastes that contain triclosan , an antibacterial ingredient, as well as antibacterial rinses. Tenenbaum’s lab is now conducting a clinical trial with a rinse containing resveratrol, a compound in red wine that has been shown to block inflammation.

What you eat can determine whether you’re in a pro-inflammatory or anti-inflammatory state, writes lifestyle guru Andrew Weil, in his book Healthy Aging: A Lifelong Guide to Your Physical and Spiritual Well-Being. Weil, director and founder of the Center for Integrative Medicine at the University of Arizona, suggests stocking up on foods rich in omega-3s—greens, seeds and nuts, and oily, cold-water fish like salmon, sardines and black cod—while cutting back on foods high in omega-6s, found in grain-fed meat and processed foods such as cookies and candy. “Omega- 6s tend to increase inflammation by promoting blood clotting and blood-vessel narrowing,” he says, “while Omega-3s counteract each of these processes.” Weil says correcting omega imbalances would bring the North American diet in line with the Mediterranean diets, where obesity, heart disease and chronic inflammation rates are lower.

Eating low-glycemic foods (slow-digesting carbohydrates) such as yams, wild rice and beans, is also key. The high glycemic carbohydrates we love, found in cakes, waffles and doughnuts, jumpstart a process called glycation. It produces pro-inflammatory compounds called advanced-glycation end products (AGEs) that lead to oxidative stress, which can do everything from degrading the elastin and collagen in your skin to destroying blood vessels and organs. He also suggests using spices that have potent anti-inflammatory properties, such as turmeric and ginger.

Weil’s Food Pyramid presents the best food choices and serving suggestions for warding off chronic inflammation. On the bottom, you’ll find the items you should add most often to your diet, namely red and green veggies and fresh or frozen berries. This is followed by whole grains, pasta, and beans and legumes, all the way up to red wine and chocolate at the top.

A study published in September confirmed that regular exercise is key in lowering the number of C-reactive proteins in the body in patients with heart disease, but extreme exercise increases them. Meanwhile, a study from Ohio State University published in January was the first to present clinical evidence of the link between a particular type of yoga practice —the gentle Iyengar—and lower levels of inflammation. The study involved 50 healthy women, average age 41, half of them yoga experts and the other half with only a few classes under their belts. The novices, the study found, had over 40 percent more inflammatory markers in their bloodstream compared to those who had been working the mat once or twice a week for at least two years. What makes Iyengar so special? The mechanics of the poses and the placement of blocks and bolsters at certain points along the body are very stimulating to the adrenals (the glands above the kidneys in charge of releasing adrenaline and cortisol), says Marlene Mawhinney, president and senior instructor at Yoga Centre Toronto (YCT). Other poses improve circulation and pulse rates. YCT offers special classes in Iyengar yoga for people suffering from inflammation-based disorders, including rheumatoid arthritis and heart disease. Mawhinney has even started collaborating with scientists in research trials and presenting evidence of yoga’s medical benefits at conferences. “Doctors today are looking at a wider approach to therapies,” she says. Still, if yoga isn’t for you, any form of exercise will help lower the inflammatory response in your body. The key is to mix it up: Combine strength training with cardiovascular activity such as walking, biking or running. And just remember: Don’t overdo it—excessive exercise can trigger inflammation too!

To learn why chronic inflammation is considered the ‘secret killer’, check out this article.