How to safely lose weight as a diabetic

Many of today's diseases and health problems can often be linked to the foods that we eat, and this is often true of diabetes as well. 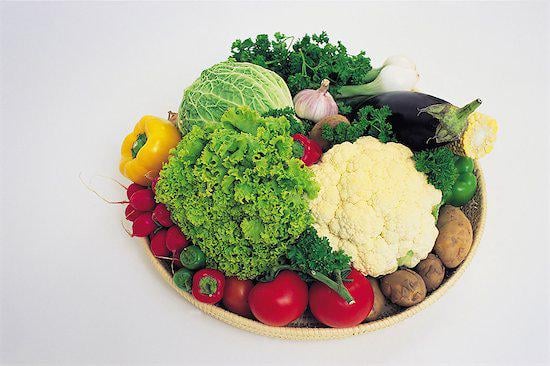 Many of today’s diseases and health problems can often be linked to the foods that we eat, and this is often true of diabetes as well.

Diabetes is a lifelong condition where there are high levels of sugar in the blood. Insulin is a hormone that the pancreas produces to control the blood sugar levels, but a person that is diabetic either doesn’t produce enough insulin or their body is resistant to it. This means their body can’t move sugar to the fat, liver, and muscle cells to be used for energy.

The two main types of diabetes are type 1 (individuals who are born with it in their system but may not show signs until later) and type 2 (often the result of unhealthy eating). Sadly, more and more Canadians are being diagnosed with type 2 diabetes, and at increasingly younger ages.

“Diabetes used to be associated with people who are 35 and older, but we are seeing a lot of younger people diagnosed with diabetes,” says Janet Zdichavsky, a registered holistic nutritionist in Toronto. “It’s on the rise.”

Diabetes has affected many Canadian families, including my own — my younger brother was diagnosed with type 2 diabetes this past summer. Although he is nowhere near obese, he does have other unhealthy factors in his lifestyle — he makes poor decisions when it comes to food, barely gets off of his laptop, and is a night owl.

“Drinking water and sleep are crucial,” says Conor Kelly, a personal trainer and owner of Evolution Fitness. “Sleep and exercise are two sides of the same coin. It’s important for a diabetic to exercise; it’s great for stabilizing blood sugar levels.”

There is a misconception that it is harder for a diabetic to lose weight, but they are able to with exercise and a healthy diet. “It’s more of a question of using that awareness, asking how they are feeling, making sure they aren’t showing any symptoms,” says Kelly about fitness training for diabetics. “There’s no reason they can’t do the same workout. You just have to keep something on hand like a juice box to bring their [sugar] level back [if it drops].”

Being diabetic does require extra awareness when exercising, including taking measures to ensure that your blood sugar levels are maintained.

“Make sure you eat a balanced diet, lower [your consumption of] processed foods, maintain your blood sugar levels, eat small meals every two to three hours and make sure you have a balance of healthy fat and protein,” says Adele Tevlin, a weight-loss coordinator at MedCan Clinic.

Zdichavsky also suggests joining a gym and working with the staff, to help with weight loss. “They develop a program for you that suits your needs.”

Exercise plays a huge role in maintaining health and wellness, but it is not the only factor to consider. “Eighty percent of weight loss is nutrition — as long as they have a balanced diet, they will do fine,” says Tevlin.

When it comes to choosing what foods to eat, it’s important to consult the glycemic index to know exactly how much sugar foods have. Diabetics have to stay away from the ones that contain more sugar, like processed white foods.

“The body uses insulin because it does not produce enough [of it], we are using the wrong type of glucose for energy,” says Zdichavsky. “You want foods that are in the lower glycemic index like apples, peaches, corn, brown rice, and berries.”

What diabetics can remember is that they are not in this alone. There are approximately nine million Canadians that have been diagnosed with diabetes, according to the Canadian Diabetes Association.

“The real key is to make sure you have support,” says Kelly. “Social support is important for diabetics because they need it to make their changes permanent.”

One of the things that me and my family constantly remind others of is that my brother is no different from who he was last year, before his diagnosis. Yes, he has to be a little more aware of some things — but if we were to antagonize him every second of every day, he could become unmotivated to make any of the lifestyle changes that will help him stay healthy.

“Social support is important, and to not assume that you are limited because of your condition. Don’t use it as an excuse not to try, don’t let that thought be the limiting factor,” says Kelly.