How to overcome anxiety 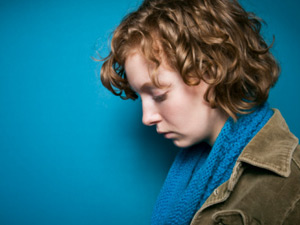 Planning a wedding or having a baby are two of the top anxiety triggers for women. But with an anxiety disorder, you may experience panic attacks in everyday situations, such as driving to work. Panic attacks affect 10 percent of Canadians, so we went to the pros for tips on how to protect yourself.

FIGHT OR FLIGHT
Our bodies counter stress with a fight-or-flight response, explains Sherry Holt, a Toronto psychotherapist and the President of the Anxiety Disorders Association of Canada. When this system is stimulated, you may experience an elevated heart rate, shortness of breath, dizziness, trembling, sweating, nausea, muscle tension, tight chest, and feelings of doom. An extremely stressful time in your life such as a new job may cause your first panic attack (which some mistake for a heart attack), according to Elizabeth Gilchrist, a registered psychologist in Edmonton. “A panic attack means you become highly anxious or even terrified in a situation in which most people would not feel scared. The fight-or-flight instinct is activated when the situation does not warrant such a response,” said Gilchrist. “It usually feels as if it is coming straight out of the blue,” adds Holt. Filled with worry, people attempt to escape the situation to stop the panic. Gilchrist explains that “after a few panic attacks, anxious people often start the process of predicting when and where they might have a panic attack because what they come to fear is having another.” Seeing no obvious reason for anxiety, people may blame the situation and avoid enclosed spaces, airplanes, or other places where escaping a future panic attack is harder.

WHY WOMEN?
Women report suffering from anxiety more than men and are more likely to seek treatment. Holt thinks the expectation to look after children and others before ourselves coupled with aiming for high work achievements may lead to increased stress in women. But, men may suffer equally; it is often just more socially acceptable for women to seek support. UBC psychology professor Sheila Woody explains some researchers believe that because males are socialized to conceal fear, they tough it out and this actually prevents more serious anxiety problems from developing. Panic may also be biologically brought on due to hormonal changes during puberty, pregnancy, and menopause, according to Gilchrist. Women may confuse a physical component of menopause, like hot flashes, with an anxiety attack and “then you almost bring it on by the worry,” Holt said. Male or female, Gilchrist notes that panic is a combination of whether or not it runs in your family, your way of thinking, and the social stressors you face.

HOW TO DEAL
Try not to let a hint of nervousness freak you out – that is exactly what can make an anxiety attack happen. “Our thoughts are so connected to what is happening in our body,” explains Holt. “Letting go of attempts to control anxiety is the best way to keep anxiety from getting worse,” adds Woody. Women need to take extra care during any situation that calls for high expectations and less personal time, as that can put a strain on psychological and physical health. Stay relaxed with a healthy diet (don’t skip meals), enough sleep, strong social support, and exercise like yoga, meditation or jogging. For those who live alone, Holt suggests getting a pet or joining a book club for added social connection. She also points to the power of “self talk – what we say to ourselves in our head” for staying positive. “When we feel like we’re not doing a good enough job, we tend to come down on ourselves,” she said. Comparing to others does not help either. “Those thoughts can be very damaging.” Psychologists agree that taking care of your health is good preventative medicine.

WHEN TO SEEK TREATMENT
Professional help may be needed if anxiety impacts daily functioning. “Anxiety becomes a disorder when it is persistent, out of proportion to the circumstances, and causes disruption to the person’s functioning. Thus, while most people would be somewhat anxious about giving a speech, a person with an anxiety disorder might be unable to sleep for three nights in advance of the speech or might decline a promotion to avoid giving speeches,” said Woody. “Everyone experiences anxiety. It is a normal part of being human. Unless it is persistent, out of proportion, and disruptive to one’s life goals, it is not a problem – just a source of discomfort.”