How to overcome a meltdown

Recently, I had the dumbest meltdown ever. A brief loss of perspective led to a hissy fit in - of all places - the Apple store, where I was hoping to buy the new iPhone. 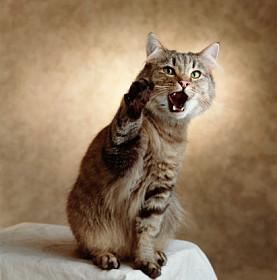 Recently, I had the dumbest meltdown ever. A brief loss of perspective led to a hissy fit in – of all places – the Apple store, where I was hoping to buy the new iPhone. Due to a policy that isn’t super customer friendly, I had to go down to the store (half an hour each way) to make an appointment in person and then come back several hours later for the actual appointment. All in all, the refusal to book appointments over the phone cost me a couple of hours in what I was hoping would be a more productive day. I snapped at the young woman holding a clipboard, mouthing off about the terrible customer service and inconvenience, and essentially accusing Apple of manufacturing an iPhone shortage to further buzz. She remained patient and polite, and when I was finished ranting she helped me book my appointment. For four hours later. When I left, I was still in a huff but quickly coming back to reality.

Rationally, I know that being inconvenienced while trying to buy a pricey gadget is one of the fanciest problems around. And as I looked around, surrounded by excited holiday shoppers and the small children overheating in puffy winter jackets who were gazing in awe at the glittering decorations, I remembered where I was and who I was and felt my usually decent sense of perspective and gratitude creep back in. I am lucky. I am usually pretty content. And a bad reaction to having to wait in line for something that I’m fortunate to be able to buy is not going to ruin my day.

I decided not to stew. To make myself feel better, I went and bought an early birthday present for my aunt. It was just a box of truffles, but taking my petty frustration and moving forward and doing something nice for someone else did the trick. And then I went and did something nice for myself, putting aside my work for a moment and coming home to cook a delicious meal of salmon, kale and maple syrup-laced sweet potato. I needed it. For weeks – months, really – I’ve been run off my feet, occasionally forgetting to eat right and often having trouble sleeping. When I walked into that Apple store, I was overtired and just wanted what I wanted when I wanted it. The idea of waiting, of being thrown off schedule, briefly pushed me over the edge. And that’s okay. I lost my cool but I was able to put it behind me quickly. And when I went back to the Apple store for the second time in the same afternoon – where the dudes assigned to look after me couldn’t have been sweeter or more helpful – I had done something nice for someone else, done some yoga, eaten a great meal, taken a long shower and had my happiness and sense of perspective back in check.