How to get your kids to eat a healthy lunch 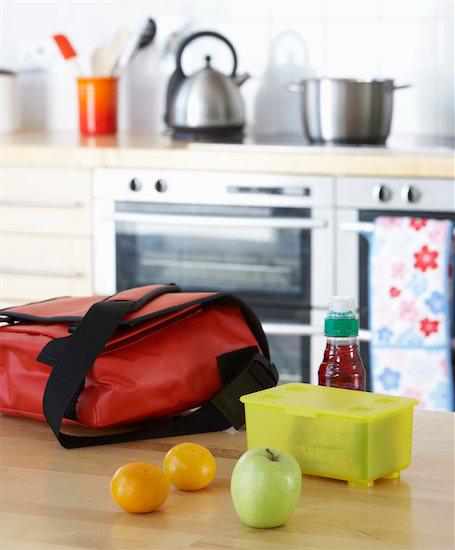 You can control what goes into your child’s lunchbox but not necessarily what goes into your child. Developing a positive lunch box rapport is one of the keys to improving your child’s nutritional intake. Encourage children to bring their leftovers home. As frustrating as it may be to see an uneaten sandwich or apple, keep your comments to yourself. If you harp on it, the uneaten food will likely end up in the garbage and you will be none the wiser.

Knowledge is power. Find out why the lunch is not being eaten. Perhaps there was too much mustard on the sandwich or the tomato made it soggy. If this is the case, simply make the changes and try again.

Find out what it is about other children’s lunches that appeals to your kids. If your daughter is envious of the convenience foods, see if you can offer her some healthier alternatives. Instead of potato chips, try air-popped popcorn or homemade bits and bites. For the occasional treat, there is no harm in a small portion of chips, but opt for baked instead of fried. If packaged cookies or doughnuts appeal, try homemade cookies, granola bars and healthy muffins. Your homemade baked goods are almost certainly more nutritious than typical store-bought alternatives.

Many children complain about not having enough time to eat their lunches, but often it’s about conflicting agendas.

What seven-year-old boy will take the time to peel an orange when he can be playing outside? For many children, lunch is simply a refueling stop, and if it takes too long to eat something, they simply won’t. For these kids, “picnic-style” lunches composed of ready-to-go, bite-sized morsels of food often work best. Be sure to pack homemade snacks, such as an apple or a homemade granola bar that can be eaten on the go.

Children who skip their lunches are often famished when they come home. If this is the case and the leftover food is still fresh, there is no reason why it cannot be eaten after school. However, it’s imperative that you never force your child to eat an unfinished lunch. This tactic will likely backfire, ensuring that future leftovers end up in the garbage or, even worse, at the bottom of a locker for months! Furthermore, research tells us that children who are forced or pressured to eat have a tendency to eat less.

Pinwheels are appealing to small children, and almost any sandwich can be turned into a pinwheel. To make one, spread the sandwich filling over a small whole-wheat tortilla and roll up tightly. If the pinwheel does not hold together, you can use a little cream cheese to seal it. Spread a 1/2 strip of cream cheese along one end of the tortilla. Roll up the tortilla starting with the opposite end and working up toward the cream cheese, and press tightly. Using a sharp knife, slice into one-inch rounds.

Pinwheels can also be made with whole-wheat bread. To do so, cut the crusts off a slice of bread and flatten it with a rolling pin. Spread the sandwich filling over the bread, roll it up and slice it into pinwheels. Young children may eat only four pinwheels and a few apple slices or a couple of grapes for lunch. It’s always preferable for them to experience success with smaller portions than to be overwhelmed by a big sandwich.

Directions:
1. The night before, in a small bowl, combine salmon and mayonnaise. Prepare celery, reserving one celery stick for pinwheel. The remaining celery can be cut into sticks and packed with other vegetables for tomorrow’s lunch. Refrigerate salmon mixture and celery overnight.

2. In the morning, evenly spread salmon mixture over tortilla, leaving a one-inch border around tortilla. Place celery at one end of tortilla. Spread cream cheese on opposite end in 1/2-inch strip. Starting with the end of tortilla with celery, roll up tightly, working toward cream cheese end, and press tightly so that cream cheese “glues” pinwheel together. With sharp knife, slice into one-inch rounds, discarding ends. Pack in reusable container.
Serves one or two young children