How to ensure you get up and stretch during the day

A recent post in the New York Times has me worried again. I’m really not one of those “sky is falling” kind of guys, but the bad news about prolonged sitting continues to mount, and I sit a lot. 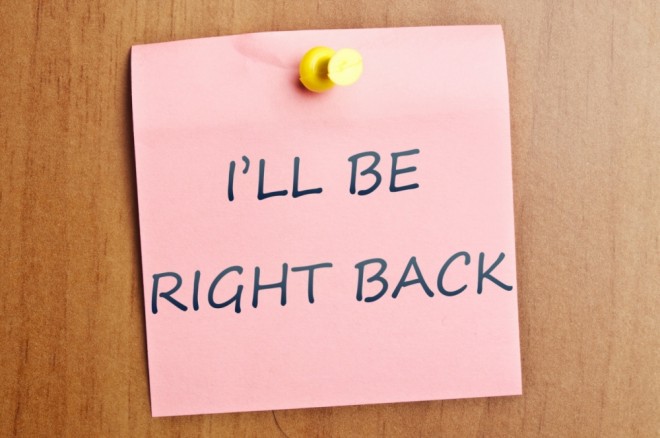 A recent post in the New York Times has me worried again. I’m really not one of those “sky is falling” kind of guys, but the bad news about prolonged sitting continues to mount, and I sit a lot.

As a writer, it’s a requirement for me to spend a lot of time working at a computer. I tried the standing workstation for a bit and really hated it. A big part of the hate is that it threw my typing off. It cut my words per minute by about half. I’m not sure why. I suppose if I’d stuck with it I could have adapted, but now I’ve got this big, fancy, expensive desk that isn’t conducive to turning into a standing work station, so I’m just saying to hell with it. I need to sit to type. If I die a bit younger as a result, then so be it.

The thing that aggravates me about this research is that it shows that even if you exercise a lot, if you also sit a lot it’s doing bad things to you. Exercise may counter it some, but certainly not all. I’m sitting her typing this blog and thinking at the same time, Gak! I can feel myself dying!

Maybe I’m being overly dramatic, but this sitting equals death stuff is convincing. It’s the one paranoid health scare that’s got me freaked out, and I’m trying to implement ways to counteract it.

I’m not paranoid enough to do the standing workstation, but I’m making sure I get up and move around as frequently as possible. To facilitate remembering I stuck a Post-it note to my computer screen that says, “Get up!” So I do, and I move around, stretch, jog in place. Since I work from home I sometimes do two-minute housework breaks, picking up the kids’ stuff (that’s scattered all over creation), loading or emptying the dishwasher, tidying my desk…

For someone who works in an office environment you may need to get creative as to what you do on your “Get up!” breaks. I do strongly suggest you put a similar Post-it in a conspicuous space, and pay attention to it. Instead of sending emails to someone in your office, go talk to them. When you’re on the phone, stand up and pace, do some desk stretches. You could even go clean the coffee pot, because that thing is gross.

The NYT piece goes a lot into TV watching, and I do my share of that as well. This one is easier to deal with because it’s a passive activity and I’ve got a big flat area in front of the screen, so I’ve started to do hip strengthening exercises that are good for runners, or just doing some stretching or standing up frequently and flailing my limbs a bit. It’s a spastic way to watch TV but, you know, sitting equals death.

I’m going to wrap this post up, because it’s time to get up and move again.