How to cut calories

Forget the diet. Read on to find out about the everyday choices you can make to trim back. (They're painless, we promise) 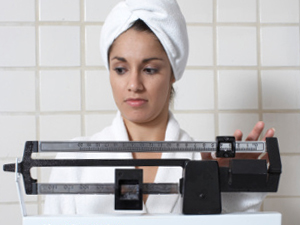 1. Stay balanced
Calories – those simple units of energy – fuel us all day and even while we sleep. And the more you move, the more you need: A moderately active woman requires between 1,800 and 2,200 calories a day. Take in too many, and your body converts fuel to that other F-word: fat.

To lose weight, you should keep your intake below your output. But be sure to still eat enough, and never cut food groups, advises the Calgary dietitian Kelly Drager.

Consuming too few calories slows down metabolism, and eliminating fat can mess with hormones and prevent the absorption of essential vitamins. Instead of dieting, cut sneaky extra calories and increase your physical activity to burn even more.

2. Start your day right
Start slashing calories early in the a.m. Breakfast should be part of your routine – studies show that people who eat this all-important morning meal get more nutrients throughout the day, including calcium and iron, than those who skip it.

But a bagel and cream cheese, a breakfast sandwich or some muffins can contain more than 500 calories, and can be loaded with fat. Consider this alternative, suggests the Vancouver-based dietitian Jessica Begg: a bowl of instant oatmeal, topped with a handful of nuts, fruit and a half-cup of low-fat milk. It contains all four food groups, plus fibre and protein that’ll keep you full for longer and curb snacking – at fewer than 400 calories. If you’re already eating healthily, making small changes can lower your calorie count even further: Scramble four whites instead of two eggs to cut 80 calories. Trading your usual glass of orange juice for an actual orange will spare you 60 more calories, and drinking your coffee black instead of ordering a latte can save you 150 more.

3. Be a smart shopper
Stock your kitchen with healthy, calorie-conscious options by starting in the grocery store. The Regina-based dietitian Joanne Atkins recommends skipping cream cheese, which has 100 calories and 10 grams of fat (mostly saturated) per two tablespoons. One-percent cottage cheese is a great alternative spread for crackers or vegetables: It contains 86 calories per half-cup (and 15 grams of protein).

When it comes to soups, opt for minestrone instead of cream of anything. Pick up whole-wheat pitas instead of multi-grain bread: One pita has about 100 fewer calories than two slices of bread. (To cut a further 150 calories at lunchtime, forgo the cheese and mayo in sandwiches.) And while you’re at the store, buy snacks for work to avoid vending-machine temptations. Always look for protein and good fat: Begg credits the two with keeping hunger at bay for longer. Tuna is a source of omega-3 fats; an 85-gram pouch and a handful of whole-grain crackers have around 200 calories.

4. Be mindful
We make hundreds of food decisions a day and often fall prey to silly distractions, such as plate size. Being aware of how you eat can also help you cut calories. Drager suggests measuring the portions of foods you eat regularly. “People take it for granted that they know a portion,” she says. “They don’t.” Cutting half a cup from a bowl of corn flakes saves 350 calories a week. You can benefit from moderating your glass of vino, too: Sip from a champagne flute instead of a goblet. A half-cup of wine has 100 fewer calories than a full one.

5. Understand your cravings
Portion control won’t work if you deprive yourself all day, so aim for 500-calorie meals to curb nighttime yens. For those cravings that happen anyway, follow Drager’s two-question rule: Ask what you crave, and why. Then satisfy it. “If you crave chips and eat fruit, you’ll eat until you get something savoury,” she says. Eight baby carrots and three tablespoons of hummus, at 100 calories, will satisfy better than their 100-calorie equivalent: nine chips.

6. Use a few tricks
Give yourself some extra calorie-busting power. The women in a Pennsylvania State University study who ate low-calorie salads before their main courses unwittingly consumed fewer calories in the whole meal. And the office workers in a study published in the International Journal of Obesity hid their candy stash out of sight, only to find they ate fewer bonbons.

7. Squeeze in exercise
The little things add up. Researchers at the Mayo Clinic found that fidgeting can burn 350 extra calories a day, about the same as 45 minutes of jogging. “Stop being efficient,” says Begg. Tap your feet to music, stretch while you’re in line, and don’t ask others – if you need something, get it yourself. Don’t just veg in front of the TV; get off the couch. Drager suggests taking five commercial breaks to do five different exercises: push-ups, squats, sit-ups, lunges and jumping jacks. Ten minutes of sweat can burn more than 50 calories, which adds up to more than 350 each week.