How to be happy like an East Coaster. (Psst...make more friends, shop less!)

You know, there’s been quite some buzz lately around Britain’s recent announcement that it wants to measure the happiness of its population. This was not long after the women of the Philippines made headlines for preferring food over sex in its annual happiness poll. 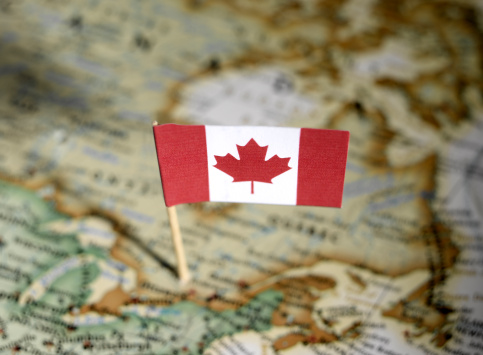 You know, there’s been quite some buzz lately around Britain’s recent announcement that it wants to measure the happiness of its population. This was not long after the women of the Philippines made headlines for preferring food over sex in its annual happiness poll. This all made me wonder…where does Canada stand in all of this? And what helps—or doesn’t help—make us happy?

So I spoke with Christopher Barrington-Leigh, a well-being researcher at the University of British Columbia in Vancouver to get his insights as to how happy we are as a nation.

Barrington-Leigh points out that the Gallup World Poll noted in its last five annual surveys of 140 countries that Canada ranks high in lifestyle satisfaction. “Canada tends to be considerably above the United States and considerably below Scandinavian countries, which consistently come in at the top,” he notes. Indeed according to the Happy Planet Index from the New Economics Foundation, 2009, Canada was the happiest G7 country (but still ranked fifth overall after Costa Rica, Denmark, Norway and Ireland).

Within Canada, East Coasters in particular are an especially happy region of the country. In a paper in the Canadian Journal of Economics this past fall, the researchers took two Canadian regions—the Maritimes and British Columbia—and looked at why people in the Maritimes are happier. One strong factor was who their neighbours were. That’s right. “In Canada people are less happy when they were in an area where others were wealthier,” says Barrington-Leigh.  It seems that and the strong sense of feeling connected to the East coast also helped boost their bliss.

Interestingly, the Ottawa-based Centre for the Study of Living Standards just issued its Does Money Matter? Determining the Happiness of Canadians report examining the same issue, the geographic happiness across Canada. And again, the happiest province is? Prince Edward Island. (Out of the top six happiest regions, four of them were East Coast provinces.) Meanwhile Ontario ranked last as the least happy province and the city with the gloomiest population was—Toronto. Poor Torontonians. In following Barrington-Leigh’s idea that people are less happy in an area where others were wealthier, is it because areas of Toronto such as well-to-do Rosedale rub shoulders with much-less-well-to-do St. Jamestown? Or poor Parkdale bumps up against the High Park set?

“The evidence is that more materialistic people are less happy,” says Barrington-Leigh. “So when people focused on extrinsic goals versus intrinsic goals, they’re less happy. Happier people are more likely to reach out and do good things for others which of course then can spread happiness.”

So what’s the bottom line in all of this? We’re social creatures and that craving for social interaction drives everything—which means you might generally be more satisfied by having a tight knit group of friends than solo shopping sprees at Holt Renfrew.  “We’re hardwired to be psychologically rewarded for doing good things for other people and having social connections with other people,” says Barrington-Leigh.

It does make you wonder: what makes you more happy? A night out with the girls or a new pair of Pradas?