How solitude pulled one woman out of grief and heartache

At 26, Cheryl Strayed was dealing with the death of her mother, the collapse of her marriage, and a broken compass. And so she went to the woods, by herself, to seek out healing. 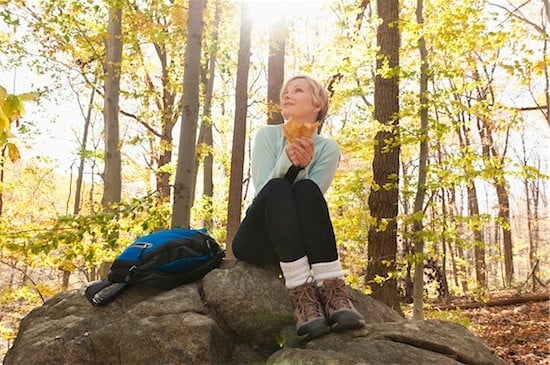 At 26, Cheryl Strayed was dealing with the death of her mother, the collapse of her marriage, and a broken compass. And so she went to the woods, by herself, to seek out healing. Strayed’s memoir of that difficult hike and the revelations that followed, Wild: From Lost to Found on the Pacific Coast Trail, describes how wilderness and solitude helped her heal. We recently chatted with her about the struggles of overcoming her heartache and how she overcame the grief:

Q: Why did this particular trip seem like the right idea at the time?
A: It was really only in retrospect that I knew it was the right idea. I had reached this moment in my life that, emotionally, was the bottom. I was really struggling with the grief of my mother’s death, the family I had grown up with had come apart, and I was married but didn’t really have the maturity to make it work. So many things had spun out of control and I was making a whole bunch of wrong choices.

When I was standing in that bookstore and I saw the Pacific Crest Trail: Volume 1, California guidebook, something did bloom in my chest, and I had that gut feeling you sometimes get when you know you’re moving in the right direction. I knew the wilderness was a place that gathered me, and I knew that I needed to do something to pull myself out of the tailspin. I trusted my gut and it ended up being the right thing for me.

Q: What about the solitude? Was that something you were really craving at the time?
A: I’m a very extroverted and social person, but this other side of me is a lone wolf and a hermit. I get a lot of energy from being alone. I had to work up the nerve to be that alone, because walking through the wilderness alone for 93 days is very different from spending the day alone in your house. I had to bolster myself and say, you’re going to be okay. And I was. At the time in my life, and I think this is true of a lot of people in their 20s, you seek affirmation from others, especially men. I just needed to get away from all of that.

Q: And how did being alone help you work things out in a way that being with people couldn’t?
A: When you’re alone, you really have to rely on yourself. We’re all strong, resilient and capable, but when you’re alone you’re forced to draw on that. Doing things on your own is a great boost in confidence. I wanted to go back to a sort of primal desire to test myself against these challenges without having anyone encourage me along the way.

Q: Do you think the physicality of your hike had anything to do with the healing process?
A: Hugely – and that was a big surprise for me. When I was planning the hike, I was focused on the spiritual, psychological and emotional aspects. I would be alone in this beautiful wilderness. I knew it was going to be physical but I had underestimated just how physical it would be. I thought I would be out there, reflecting on things, and I did, but my days’ focus was physical: I had do I lift this pack, how do I find water, and how do I make dinner? It was all of those physical things. They put me into my body and out of my mind, and I think I had been overly focused on what was happening inside. On the PCT, my feelings and thoughts were about how my feet were killing me. I think there’s something to that, and I think there’s a reason people often turn to physical challenges when they’re trying to work through something.

Q: Was there one particular moment or realization that set you on the path to recovery?
A: I wanted to shake myself back into the person I wanted to be, and the person I needed to become. There wasn’t one turning point, but there was an ever-deepening sense, day by day, that I was on the right path — literally and figuratively. I felt like I was getting back to my essence and shedding the things that weren’t good for me. A lot of what I had to do was just accept. I had to accept that my feet hurt, that the next water source was X miles away, that it was however cold or hot it was. And I think that was a really big lesson for me when it came to accepting my mother’s death. It wasn’t like I hiked the trail and then it was fine that she was dead. But I accepted what had happened, and I learned that I could bear it. It isn’t a case of everything being broken and then everything being fixed; life isn’t like that.

Q: Do you think this trip taught you any enduring coping mechanisms for grief, rage or sadness? Would you attempt this type of trip again?
A: I would. I think that my experience informed what came next. I learned to accept that you don’t always get to be comfortable, and that has been carried forward in my life. I finished the trail with a deep sense of resilience, and I developed confidence I didn’t know I had.