How one woman sparked 115 random acts of kindness

The hash tag kept drifting through my Tweet stream: #makejensday. What was Make Jen’s Day? And who was Jen? It turns out Jen was Jennifer Banks, an Edmonton-based mom who was staring down her 36th birthday. 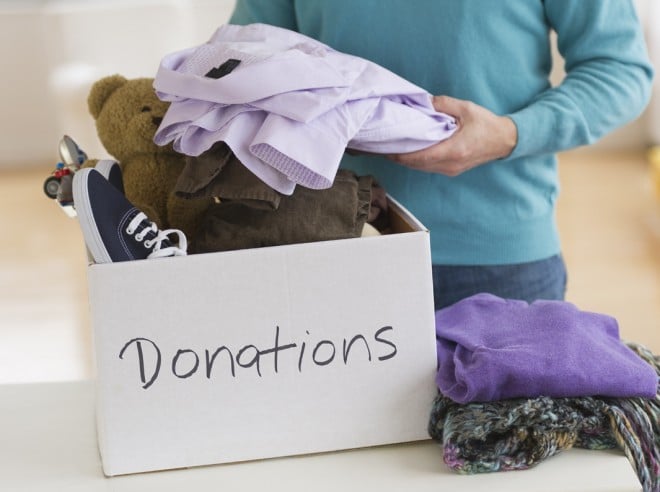 The hash tag kept drifting through my Tweet stream: #makejensday. What was Make Jen’s Day? And who was Jen?

It turns out Jen was Jennifer Banks, an Edmonton-based mom who was staring down her 36th birthday. What to do to mark the occasion? Well, Banks came up with one wish she shared with her blog readers, her Twitter followers and Facebook friends: do one thing for my birthday in the name of charity.

While she anticipated some response, she certainly didn’t predict her post would lead to 115 organic acts of charity over the course of four days under the #makejensday hash tag. Tears of happiness hit Banks and here she shares more about why she chose to do this.

Q: How did #makejensday start?
A: I like to spend time on Twitter. It’s my happy place. And Mark Cherrington, who I follow and is a teen-at-risk advocate, tweeted that he was looking for a bassinet for an almost three-week-old baby who was sleeping on the floor. I have two daughters — the youngest one is four months — and I had a bassinet sitting downstairs. I replied back and within half an hour he was at my door. I gave him the bassinet and some baby supplies I’d gathered up and as he was walking back to his vehicle, I broke down in tears. It reminded me of being a kid.

As a kid, my family was quite poor and relied on the food bank and donations. My grade six teachers sent me to camp one year by paying my way because they knew my family wouldn’t be able to afford it. Or neighbours invited my family over for supper when we were hungry.

So I thought — how can I give back to all the people who helped me? I was trying to figure out all day how to give back. Then it hit me that night — my birthday’s coming up. I have a lot of online friends and so I wrote a blog post about my birthday and asked that instead of presents or tweeting me happy birthday, that people take time to give back. Just do an act of kindness or generosity.

Q: What was the reaction?
A: I wrote that at almost midnight and I woke up the next day around 8 a.m., I had over 300 mentions and retweets. The first donation was a friend donating to the food bank. By the end of my birthday on July 22, 79 people had come forward to do acts of kindness and giving. By the time I went to bed, it was 96 and by the time I woke up the next day, it was 115. So 115 random acts of kindness and generosity in four days.

Q: How did that make you feel?
A: Honestly, really overwhelmed. My first instinct was this is making a huge difference! The second was, how can we make this go further? It shouldn’t just be one special day. So I’ve bought the domain name for a website and myself and a few friends are going to have a place where they can share small acts of kindness. We’re going to focus on five local charities in the bigger Canadian cities and we’ll update their immediate needs. I’ve even had people ask to do this for their birthday.

Q: From a happiness perspective how does it feel?
A: Pretty ecstatic. Just to think about the impact of these 115 things is overwhelming. For example, one woman visited patients in an intensive care unit who hadn’t been visited. Donations are great but these little ones grasp at my heart. How can you be so happy with something and overwhelmed, yet feel you can do more?

Want to know more about #makejensday? Check out Banks’s blog or visit her Facebook page.