A new look at the correlation between what we eat and our level of happiness. 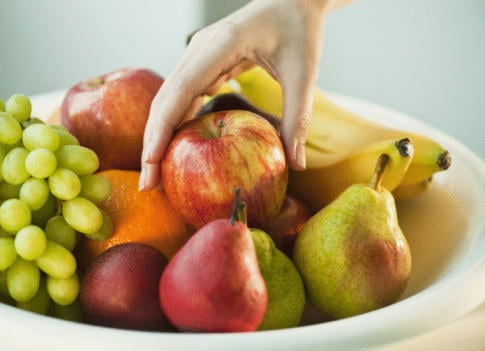 Much has been written about how money affects happiness, and the empirical evidence maybe isn’t what you thought. Even though many of us have become highly aspirational when it comes to material things — maybe these shoes or this bigger house will finally make me happy? — research has shown that once your basic needs are satisfied, which typically happens in the developed world when you reach around just $75,000 (a lot for many, but certainly not rich), any subsequent gains in income won’t make you any happier.

But it’s a different story when it comes to fruit and vegetables.

At February’s Warwick Economic Summit, Professor Oswald, who studies the economics of happiness in the Department of Economics at the University of Warwick, covered a range of topics, but one caught my eye. He, along with some colleagues, has been working on the “social science effects of what we eat.” The recommended fruit and vegetable intake for Canadian women is seven to eight servings per day, and Oswald says that his data shows that mental well-being rises until you get about eight different fruits and vegetables a day. In other words, there’s a positive correlation between the number and variation of fruits and vegetables, and your levels of happiness and optimism. Even more amazing, the relationship between diet and outlook remains solid regardless of other factors, including income and other bad dietary habits.

“We are animals who only run on a single fuel,” said Oswald. “And that fuel is called food. And in a large part of the hard sciences, what I’m taking into my body shapes the outcomes – yet in social science we never think about the surely incredibly obvious idea that what we’re taking into our bodies must shape the outcomes. We’ve been doing a lot of work recently on links between happiness and fruit and vegetables, and I advise you to eat a lot of them.” You can watch Oswald’s whole presentation on the economics of happiness — where he also covers how air pollution, gender and blood pressure all have an impact here.

Oswald’s research has been backed up by other recent studies. A recent study from the Harvard School of Public Health made a connection between optimism and the levels of carotenoid (otherwise known as beta-carotene, and typically found in orange fruits and vegetables and leafy green vegetables). The higher the levels of carotenoid, the more optimistic about the future.

And so, it bears repeating: eat for both body and mind. (In this weather, we need all the help we can get.)