How happiness can trigger overeating

While we're all familiar with finding the bottom of a tub of ice cream when we're sad, a new study shows happiness can have a similar affect on our eating habits. 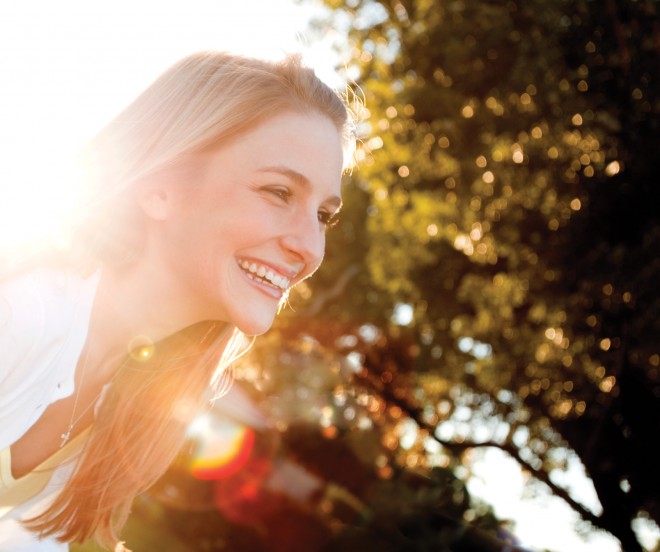 Many of us are familiar with the concept of “sad eating.” You break up and break out the ice cream. You can’t find a job, so you go find yourself some nice fried chicken. Food can be tremendously comforting, and it’s fairly common to turn to it when you’re down in the dumps. But what about when you’re happy?

A recent study found that happiness can also encourage us to overeat. Researchers in the Netherlands found that students consumed more calories when watching a movie that prompted happy emotions than they did when watching things that prompted either neutral or negative emotions. The researchers published their findings in the journal Appetite: “Most emotional eating is related to negative moods. However, volunteers did not overeat in response to negative emotions but did overeat in response to positive ones. These findings could be of value for the treatment of obesity. They underline the importance of positive emotions on overeating, which are often overlooked.”

I asked Dr. Vera Tarman, who specializes in food addiction and disordered eating, to comment on the study:

Q: What did you think about the results of this particular study?
A: Happy things can be just as much a trigger as sad things for addiction. With food, which is associated with celebration, you might not even acknowledge that it’s a problem. We’re encouraged to do it. A person who is struggling is going to be in a tough situation. But when you’re depressed, you’re more aware that you’re eating again, you’re eating this ice cream again, and that you maybe shouldn’t be doing it.

Q: We tend to think of sadness when we think about a propensity to overeat. How can happiness encourage people to do this in the same way?
A: When we’re happy, we want to keep the happiness going. On a neuro-chemical level, we can’t maintain that sense of happiness. In the course of a day, you’re in a good mood and you can be grumpy two hours later. When you reach a high level of happiness, the temptation is to try to keep it going, even unconsciously. You eat something, you feel a little better, and so you keep going.

Q: Are the reasons for eating when you’re happy and eating when you’re sad different?
A: They’re both ultimately self-medicating. But with one, you’re trying to ride the surge, and the other you’re trying to numb a feeling. When people are depressed, they tend to crave starches and fats. And when they’re happy, they tend to crave sugary stuff. But it’s not just happiness and sadness. It can be any emotional state you want to numb — anxiety, for example. This isn’t just particular to food addicts; it happens on a lesser scale to everyone.

Visit Dr. Tarman’s website, Addictions Unplugged, for more tips and resources on how to deal with overeating.