How dogs made this woman happy

Quick—name a happy animal. Do dogs come to mind at all? It did to Julie Klam, who in her lifetime has owned a total of 27 dogs. 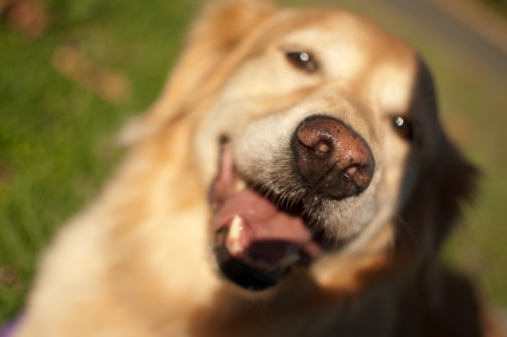 Quick—name a happy animal. Do dogs come to mind at all? They did to Julie Klam, who in her lifetime has owned a total of 27 dogs. And she found they made such a difference in her life and who she is, she penned the book You Had Me at Woof: How Dogs Taught Me The Secrets of Happiness.  Here Klam, who currently owns four dogs, tell us how pups have changed her and brought her happiness.

Q: How did this book come to be?

Klam: I’d written an essay for the New York Times. At the time I owned four dogs and one of them was old and incontinent and two were not housebroken. So my home was like a big litter box. We were all in this New York city apartment and it was kind of awful but I also saw that despite all of that, they made me very happy. I thought I was kind of the crazy one who’d gotten this kind of joy from her dogs but I got such a huge response from people who’d responded with the joy that they got from their dogs.

Q: So what are some of the happiness secrets you learned through your dogs?

Klam: I was single when I had my first dog and at a point where I couldn’t imagine myself in a relationship because I didn’t want to give things up of myself or compromise. But then I had this dog that I loved so much and was willing to do whatever it took or compromise to make him happy. And it never made me feel suffocated or like I was missing out. Because I loved him so much. He made me realize it was possible to have those same feelings towards a human. So I credit my first dog with helping me find love in my life. Going into it I was definitely looking for the unconditional love that you get from dogs and the secret bonus is they teach you how to give unconditional love as well. There’s simplicity in the way they see things and they don’t hold grudges. And the dogs have definitely brought up happiness in me because they’re happy.

Q: Any way that we can achieve this kind of happiness?

Klam: Being around dogs, it helps you sometimes to not fixate on the material, or nitty gritty of life. And sort of let go. You definitely feel less stressed around dogs. There’s a lot to be gained, even if you don’t own a dog, in just stopping and petting a dog. My dogs made me a much more relaxed person. I can’t be as attached to a rug that’s perfect or a couch that’s perfect for example. Because life is too short for such things. It’s like when you have children—they don’t have the same hang ups and it’s nice that we can just relax with that.