How do men deal with body hair and manscaping?

I’m not exactly in Chatelaine's target market, but I’ve signed up for their emails and follow them on Facebook (you should too) to keep apprised of what’s new. And of course, when I saw a post called "The Politics of Waxing ‘Down There’", I had to read it. 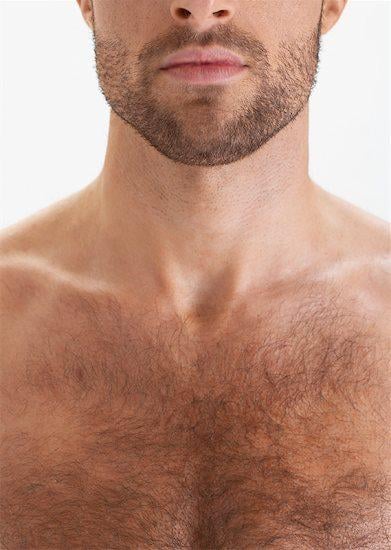 I’m not exactly in Chatelaine‘s target market, but I’ve signed up for their emails and follow them on Facebook (you should too) to keep apprised of what’s new. And of course, when I saw a post called “The Politics of Waxing ‘Down There’“, I had to read it.

Now, I’m not going to comment with my opinions on what women should or should not do with their pubic hair. That is 100 percent your business. Instead, I’ll share the man’s side of body hair removal.

I’m not a complete gorilla, but I am a pretty hairy guy — one who likes to take his shirt off, because I figure I’ve earned it, when appropriate, through all the hard exercise and dietary deprivation. Because my torso isn’t exactly a private area, I think it’s perfectly reasonable for people to have opinions about what looks good and what doesn’t. I personally think back hair looks bad, but before we get into that, let’s talk about the front part.

I’ve got a hairy chest; far hairier than the back. I tried shaving it once just to see what it would look like — they way all those shirtless models on the covers of fitness magazines do — and I was shocked at how amazingly foolish I looked. Coupled with the sandpaper-like feel as it grew back and the epic razor burn, I vowed that I would never shave it again.

But 43 years old, about half my chest hair is now grey, so I came up with a viable solution after getting the idea from seeing a shirtless Jason Statham in The Transporter. I noticed Statham’s chest hair was also graying, but it was less noticeable because it was neatly trimmed.

So I did that, but I did it the wrong way. I used scissors. Dumb. A nick from a razor takes time to heal, but a cut from scissors takes much longer, not to mention that the patchwork mess I made of my chest hair made me look like a mangy dog.

Then I got smart and bought an electric trimmer. That did the trick. Now once a month I electrically go to town on my torso to keep it neatly trimmed — as a result, the gray really doesn’t look that bad.

Then there’s the back hair. It’s mostly along the top, and I can see it peeking out the back of t-shirts, so even when I’m not shirtless it can be obvious. I don’t like this. I remember, about a dozen years ago, my sister cracking jokes about it after I’d ridden my bike to her house on a hot day and didn’t have a shirt on. After some good-natured sibling insults were traded, she convinced me to let her use a home waxing kit on it.

I wish I could get all eloquent about the pain, but it really wasn’t a big deal. If I stub my toe I start inventing swear words on the spot, but getting a back wax didn’t hurt that much. And I was pleased with the results. It was smooth and it looked good, for a little while. Then the acne showed up.

Something about getting back hair ripped out by the roots causes my back to break out. I’ve tried it a few other times — once in a professional salon — and used various creams and cleaning agents. I even tried using Oxy-Clean zit pads on the area after a waxing treatment. But it’s always the same result: I get a smooth back for a few days, and then the pimples start to appear, sticking around until the hair begins to grow back.

That hardly seems worth it.

One day, when I have a few thousand dollars to blow, I’ll get it lasered, but that day is far off. In the interim I’ve come up with a workable solution: After I finish trimming the front myself, I call for my wife and she removes the guard on the trimmer to get right down to skin level and does the back for me.

She complains, because she sees it as a waste of time. See, I’m not doing this for her because she couldn’t really care less. She likes my chest hair and doesn’t mind the back hair. I’m doing it for me, because I really hate the back hair.

And really, that’s my only opinion about your own depilatory adventures: Don’t do what others want. Do what you want.