How a cup of coffee can prevent depression

Like most people, I have a few personal vices of which I'm very fond. I sometimes like ignoring a sensible bedtime. I often love a slightly warm glass (or two) of jammy red wine. 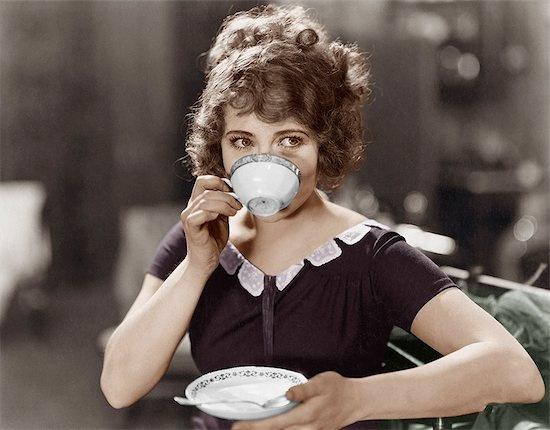 Like most people, I have a few personal vices of which I’m very fond. I sometimes like ignoring a sensible bedtime. I often love a slightly warm glass (or two) of jammy red wine. And I always need a big mug of coffee in the morning — it’s truly the thing that gets my head off the pillow and puts any kind of spring in my step. Every once in a while, it might be when I read something negative about caffeine in a newspaper or when one of my friends is doing some sort of seasonal cleanse, it occurs to me to either cut down or cut out my caffeine consumption. The thing stopping me? Coffee makes me really happy.

And, as it turns out, science concurs. A recent study — reported by Anahad O’Connor in The New York Times — has shown that women who drink coffee on a regular basis have a 20 percent lower risk of depression than nondrinkers. Of course, high levels of caffeine has been linked to anxiety and insomnia — two things that likely won’t boost happiness — but more moderate levels have been linked to a decreased risk of suicide. Researchers aren’t sure about the longer-term relationship between coffee and depression, but they do know that when caffeine enters the brain it triggers the release of the happy-making neurotransmitters dopamine and serotonin.

So how much coffee do you have to drink to reap the benefits? According to the study, the likelihood of depression fell with each additional cup of coffee consumed — up to six cups a day. That might seem like a lot — and it’s double my intake of two to three cups — but I’ve come to realize that it’s not just the caffeine that makes me happy. When I have a hot mug of coffee in my hands, I’m usually perusing a newspaper, or answering emails from friends, or entertaining myself with some gossip blog, or sitting and staring in a cafe. There’s a ritual of relaxation that I associate with drinking coffee. And that — as much as the much-appreciated stimulants — is probably equally responsible for the happiness I get from it.