Discover what's normal and what's not when it comes to pregnancy. 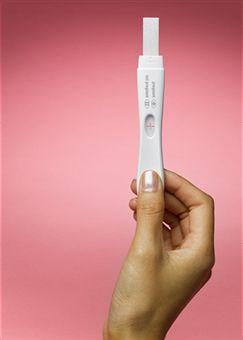 Whether you’ve just found out you’re pregnant (in which case congrats!) or you’d like to be, you’ve probably got lots of questions. Here are the basics: Conception occurs about two weeks before your period is due and then childbirth typically occurs at 38 weeks after conception or 40 weeks from the last menstrual period. In Canada, the age of new moms is going up:in 2005, the average age of a mother giving birth was 29 and more than 48 percent of the women giving birth were 30 or older.

Fertility problems Health conditions and other factors can make it more challenging to conceive or have a healthy pregnancy:

• Age After age 35, the risk of fertility problems, miscarriage and certain chromosomal disorders  increases. Some pregnancy problems, including gestational diabetes, are also more common in older moms. Women planning a pregnancy may want to schedule a check-up at their doctor’s to talk about diet and lifestyle and any health conditions that could impact their pregnancy.

• Weight Being overweight may make it more difficult to conceive and boosts the risk of high blood pressure and diabetes during pregnancy.

• Diet Throughout pregnancy, following a healthy diet is an important way to make sure that the baby is getting essential nutrients. Women who could become pregnant or already are pregnant should take a multivitamin containing 400 mcg of folic acid daily, which protects against brain and spinal cord abnormalities. Alcohol, tobacco and drugs should not be used during pregnancy, as those substances can harm the baby’s development and even cause miscarriage.

Pregnancy diagnosis/tests If you’ve missed a period, do a home pregnancy test which measures the amount of hCG (human chorionic gonadotropin), the pregnancy hormone in your urine. Some tests are sensitive enough to detect the hormone before your period is due. If your test is positive, get confirmation from your doctor with a blood test, which measures even smaller amounts of hCG in your blood.

Pregnancy complications Pregnant women are susceptible to certain conditions including:

• Morning sickness More than half of all pregnant women experience nausea and vomiting (NVP) during their pregnancy, usually starting around the sixth week of pregnancy and stopping around week 12. About 20 percent of women will have NVP for longer, some until the end of pregnancy. While most cases aren’t harmful to the mother or fetus, excessive vomiting, called hyperemesis gravidarum, may lead to dehydration and other health problems if left untreated. The medication Diclectin, a combination of vitamin B6 and an antihistamine, is approved in Canada for the treatment of NVP.

Pregnancy prevention If not getting pregnant is your goal, there are a wide range of birth control methods available, from the oral contraceptive pill to condoms and more permanent methods, such as tubal ligation and vasectomy for your male partner.

Outside resources
The Society of Obstetricians and Gynaecologists of Canada
Motherisk