If you’ve ever had a panic attack, you know these symptoms can come on suddenly along with a rush of fear or discomfort. 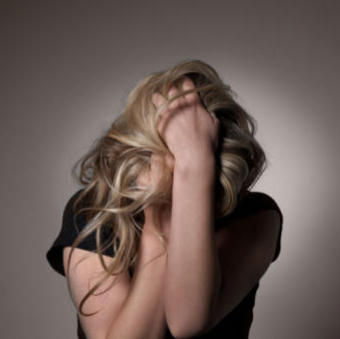 Your heart races, your palms sweat and you feel like you can’t breathe. Panic attacks are common and become a problem when the sufferer worries about them happening again and that they will lead to fainting, feeling embarrassed or a heart attack. You may have just a few panic attacks during your lifetime, but when panic attacks occur repeatedly and you’re constantly worried about them happening again, it’s considered a chronic condition called panic disorder, an anxiety disorder, which affects about 2 million Canadians, according to the Canadian Mental Health Association. Panic attacks can also occur together with phobias, for example, if you’re afraid of mice, seeing one may cause a panic attack. If you’re so afraid of having another panic attack that you won’t leave the house, that’s another condition called agoraphobia.

Panic attack causes Your body’s fight-or-flight response to danger may be involved in panic attacks. However, experts haven’t yet discovered why panic attacks occur when there is no life-threatening danger present. Genetics, stress and changes in brain function may also play a role. Panic attacks usually begin in adolescence or early adulthood and are more common in women. You’re more at risk for panic attacks if you have a family history of panic disorder and/or a history of childhood abuse; are under a lot of stress or undergoing a death of a loved one or other traumatic event such as an accident.

Panic attack symptoms According to Anxiety BC, along with an overwhelming feeling of fear or discomfort, panic attacks include at least four of the following symptoms:
•    racing or pounding heart
•    sweating
•    shaking or trembling
•    shortness of breath or feelings of being smothered
•    feeling of choking
•    chest pain or discomfort
•    chills or hot flashes
•    nausea or upset stomach
•    dizziness or lightheadedness
•    a sense of things being unreal or feeling detached from oneself
•    numbness or tingling sensations
•    fear of losing control or “going crazy”
•    fear of dying

Panic attacks usually last for about five to 10 minutes but it can take longer for the symptoms to go away. You may then feel tired and worn out afterwards.

Panic attack diagnosis/tests Since the symptoms of panic attacks resemble other serious medical conditions, such as a heart attack, it’s important to seek medical attention if you have one. Your doctor will take your history and may refer you to a psychiatrist or psychologist for treatment. To help make a diagnosis, and rule out other conditions, such as heart disease or thyroid disease, she’ll do a physical examination and may run blood tests. To do a psychological evaluation, your health care provider will discuss your symptoms and what’s going on in your life and may have you fill out a self-assessment questionnaire.

Panic attack treatment Panic attacks can and should be treated or your symptoms can worsen. Your doctor may start you with one or both types of treatment:

• Medications Anti-depressant medications called selective serotonin reuptake inhibitors (SSRIs) and serotonin and norepinephrine reuptake inhibitors (SNRIs) are both used to reduce the symptoms of panic disorder. Sometimes benzodiazepines, mild sedatives are given to stop a panic attack. It can take weeks to feel the benefits of medications and you may need to try more than one to find one that works for you.

Panic attack prevention While there’s no guaranteed way to stop panic attacks or cure panic disorder, getting treatment early on can help prevent attacks from getting worse or becoming more frequent.