Canada has one of the highest MS rates in the world. Learn who's at risk with this overview. 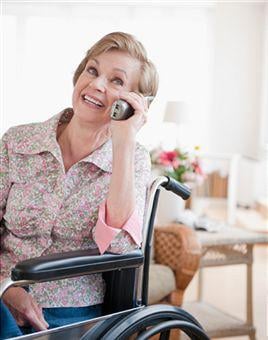 Multiple sclerosis (MS) is a disabling neurological disease that attacks the central nervous system, which includes the brain, spinal cord and optic nerves. MS can cause loss of balance, impaired speech, extreme fatigue, double vision and paralysis. Canada has one of the highest rates of MS in the world, according to the Multiple Sclerosis Society of Canada. And women are three times as likely as men to develop the disease.

MS causes The cause of MS is not known but it is an autoimmune disease that occurs when the body’s defense system attacks myelin, the protective covering of the brain and spinal cord. Once the myelin is damaged, the nerve impulses traveling to and from the spinal cord and the brain are distorted, producing the symptoms of MS. Sufferers are typically affected between the ages of 15 and 40. Because MS occurs in higher rates north of the equator, some experts believe that vitamin D, which is naturally produced by sunlight, may be involved. Having a parent or sibling with the disease may also increase the risk.

MS symptoms These vary from person to person and may include fatigue, numbness, difficulty with coordination, incontinence, vision problems, dizziness, pain and depression.

MS diagnosis/tests Determining if you have multiple sclerosis can be difficult because there’s no single test to confirm it so it tends to involve eliminating other possible illnesses. Your doctor will ask about your symptoms to see if they meet the criteria for diagnosing MS, which include at least two attacks (the sudden appearance or worsening of symptoms lasting 24 hours) that happened at least one month apart plus damage to the myelin that isn’t caused by another disease. Your doctor may order blood tests to rule out other conditions; MRI (magnetic resonance imaging) to check the brain for scarring or plaques caused by the disease; evoked potential tests to determine if messages in the brain are slowed and cerebrospinal tests to see if cell abnormalities associated with MS are present.

MS treatment There is no cure for MS but there are treatments to help sufferers cope with attacks or relapses of the disease. Medications include immunmodulatory therapies to prevent inflammation; steroids to help suppress inflammation and speed healing; and other medications to help fatigue and pain and reduce progression of the disease. A balanced diet, sufficient rest and regular exercise may help MS sufferers stay physically and emotionally healthy.

MS prevention There’s no known way to prevent MS. However, with the mounting evidence that vitamin D deficiency during childhood may increase the risk of developing the disease later, taking vitamin D supplements may help.

More info from Chatelaine
Everything you need to know about MS