Medication, stress relief and exercise can help treat this chronic condition. Learn other coping tactics with our guide. 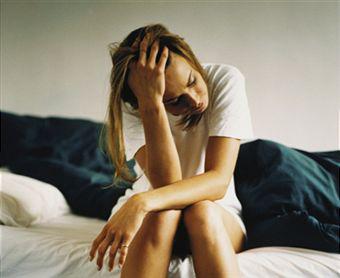 Fibromyalgia is a chronic condition resulting in constant pain in the muscles, ligaments and tendons. Most people with fibromyalgia are women who typically notice the first symptoms of the disease between the ages of 20 and 50. Fibromyalgia can be disabling and drastically affect the sufferer’s quality of life.

Fibromyalgia causes Fibromyalgia may develop with no apparent cause in some people, while in others the disease appears after a physically or emotionally traumatic event, such as an accident or sexual abuse.  Genetics, hormonal changes or an infection may also contribute to the development of the disease. Women with rheumatoid arthritis or lupus are more likely to develop fibromyalgia.

Fibromyalgia symptoms These vary and may change frequently in fibromyalgia sufferers, including: sleep that is not restful, resulting in feelings of fatigue and stiffness; stomach problems, such as constipation or diarrhea; headaches; increased pain caused by changes in temperature, such as humidity, or physical activity; swelling and numbness; a tendency to feel depressed, anxious and sad; lack of concentration and memory loss; and fatigue and muscle weakness.

Fibromyalgia diagnosis/tests There is no single test, such as a blood test or X-ray that can provide a diagnosis of fibromyalgia. But if you’re experiencing chronic pain, talk to your doctor who will try to rule out other conditions, such as arthritis, that may actually be causing it. To be diagnosed with fibromyalgia, your doctor will investigate if your pain is widespread, which is the defining characteristic of the condition.

Fibromyalgia treatment Fibromyalgia is not curable but symptoms can be treated through lifestyle changes and medications. Rest, heat therapy, exercise, stress relief and support groups may play a role in treating the disease. In some cases, moderate doses of analgesics, such as ibuprofen, may help relieve muscle pain and stiffness. Some doctors prescribe anti-depressants to relieve the symptoms of depression that can be caused by fibromyalgia. Acupuncture and homeopathy, among other alternative remedies, may also relieve fibromyalgia symptoms.