Worried that your recreational pot-smoking or prescription drug use is becoming an addiction? 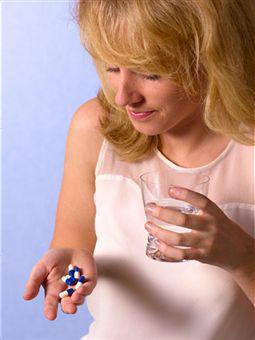 If you feel compelled to continue using either legal or illicit drugs, you could have a substance abuse problem. There are two types of addiction or dependence: You may be psychologically dependent, meaning you need to use a certain drug to function or feel comfortable. Or if you’re physically dependent, you need increasingly larger amounts of the drug to get that initial feeling you experienced and you have withdrawal symptoms when you stop. Drug and alcohol abuse can have severe consequences on a person’s career, relationships and mental and physical health.

Drug abuse causes A person may become addicted to illegal prescription drugs due to a combination of factors, such as genetics. The risk may also be higher if you have a close relative with a substance abuse problem and depend on the attitudes of friends and family who can be an influence. Alcohol and drug use stimulate the brain chemical dopamine, which changes the chemistry of the brain. It develops a tolerance for the substance so you need more and more of it to get that same good feeling. It’s common for people with substance abuse problems to also have mental health issues, such as depression. Sometimes people turn to drugs to help them cope with situations or to deal with their emotions.

Drug abuse symptoms There are two key signs that your substance use is a problem: loss of control (using a drug when you want to stop or using more than you intended) and harmful consequences (e.g. blackouts, getting injured while under the influence; spending money on drugs instead of food or rent, etc.), according to the Centre for Addiction and Mental Health. A person who is addicted to drugs often exhibits certain behaviours which may include:
• Mood swings or chronic depression
• Lying to friends, family and employers
• Isolation and withdrawal
• Unreliable and unable to finish projects

Drug abuse diagnosis/tests If you think you might have a drug problem, talk to your doctor who may refer you for diagnosis to a psychiatrist, psychologist or an addiction counselor who can suggest a treatment approach.

Drug abuse treatment What’s needed to overcome an addiction varies and depends on the severity of the problem.

• Self-help Some people may find help on their own through web sites, books and support groups, such as Narcotics Anonymous, to find ways to stop using drugs.

• Medications For people who are addicted to certain drugs, such as codeine or OxyContin, there are treatments in the form of medications, such as methadone, which may help reduce cravings or prevent withdrawal.

• Counseling Individual, group or family counseling may help people understand the effects of drug use on their lives, reduce stress and learn strategies to manage cravings.

• Withdrawal programs These treatment programs, where you can live temporarily while getting support during withdrawal may also be helpful.

Drug abuse prevention To prevent an addiction to illegal drugs, the best approach is not taking the drug in the first place. If you’re prescribed medication that is known to be addictive, talk to your doctor about safely using it to guard against addiction.